Victory for a Dime

The Fighting Comic Books of the Second World War

Comic books as we know them arrived during the hungry days of The Great Depression, peddled by would-be entrepreneurs struggling to survive. In 1938, the fledgling enterprise suddenly became an industry when Superman appeared on the cover of the first issue of Action Comics. In September 1939, when the Second World War officially began, they exploded. By the time the Japanese bombed Pearl Harbor, popular titles were outselling mainstream magazines such as Time and The Saturday Evening Post, children and adults were thrilling to the exploits of a colorful parade of new superheroes, and the star-spangled Captain America had become a national symbol.

Victory for a Dime: The Fighting Comic Books of the Second World War showcases the vibrant, often shocking cover images that exemplified the comic book industry throughout the war years, and helped comics cement an everlasting place in American popular culture.

Mark Fertig is the founder of the graphic design program and chair of the Department of Art + Design at Susquehanna University in Selinsgrove, PA. He’s the author of Take That Adolf! The Fighting Comic Books of the Second World War and Film Noir 101: The 101 Best Film Noir Posters from the 1940s and 1950s, both from Fantagraphics Books. His current book project is Hang ‘Em High: 100 Years of Western Movie Posters. 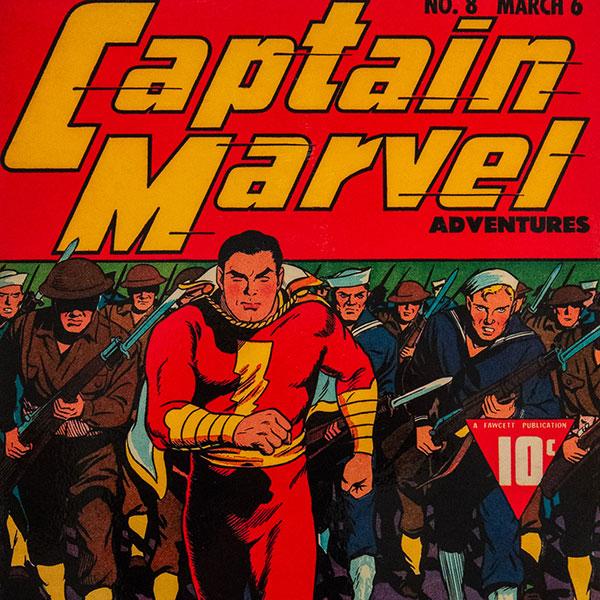 No other artist in the history of comics is so inextricably linked to a single character – Captain Marvel. 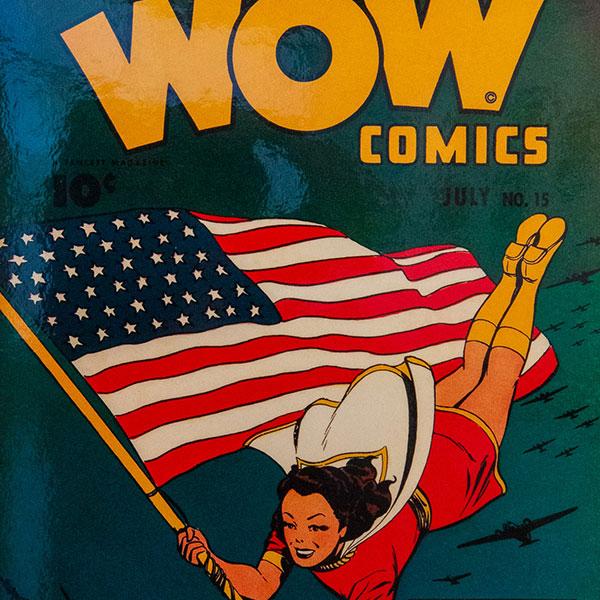 “I think comic books, in time, will get due credit as being equal to the syndicate features. We were rip-roaring pioneers with all the inspiration and creativity that comes with it!” 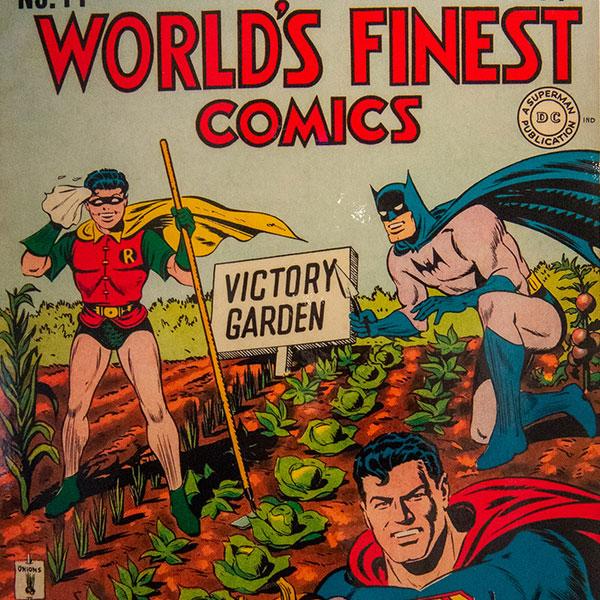 Generally considered to be the first artist trusted by the publisher to draw Superman, Batman, or Robin after their creators. 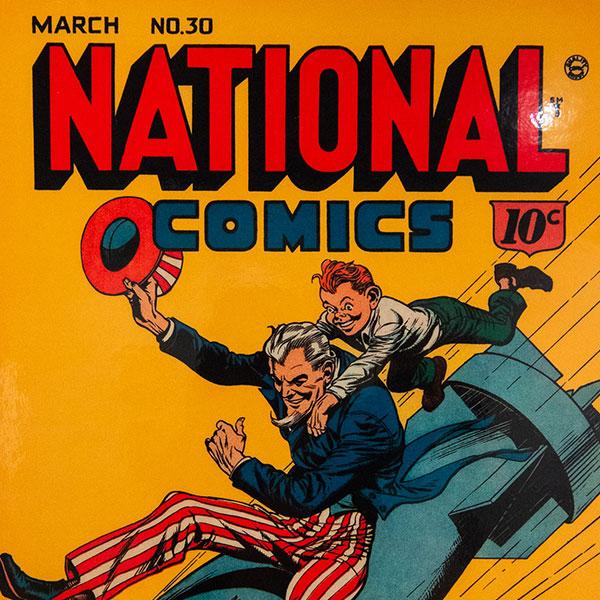 Unquestionably was the finest artistic talent to emerge from the world of comic illustration in the ‘40s. And quite possibly the ‘50s and the ‘60s. 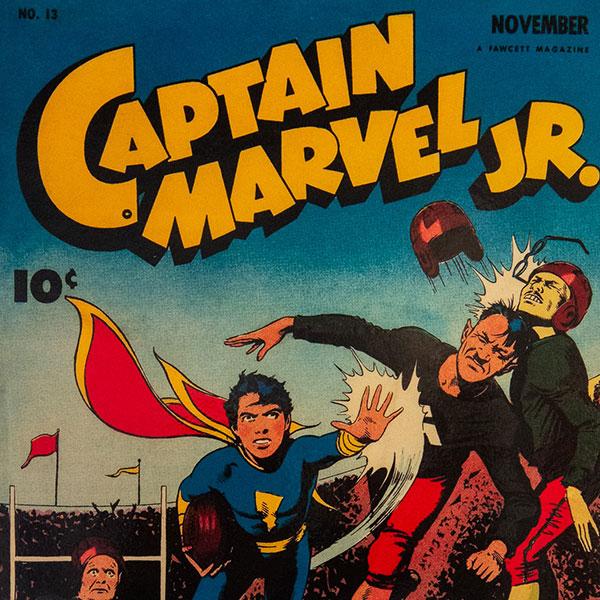 His Captain Marvel Jr. covers and stories are detailed and dramatic – few artists could match his sense of light and dark – and his figures move like no others, especially through the air. No other artist made flight as believable or weightless. 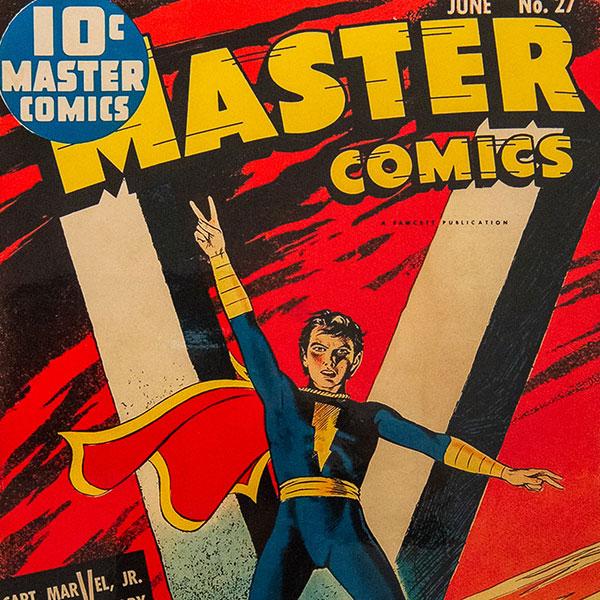 He packed more action into smaller spaces than anyone else ever had, or likely ever will.