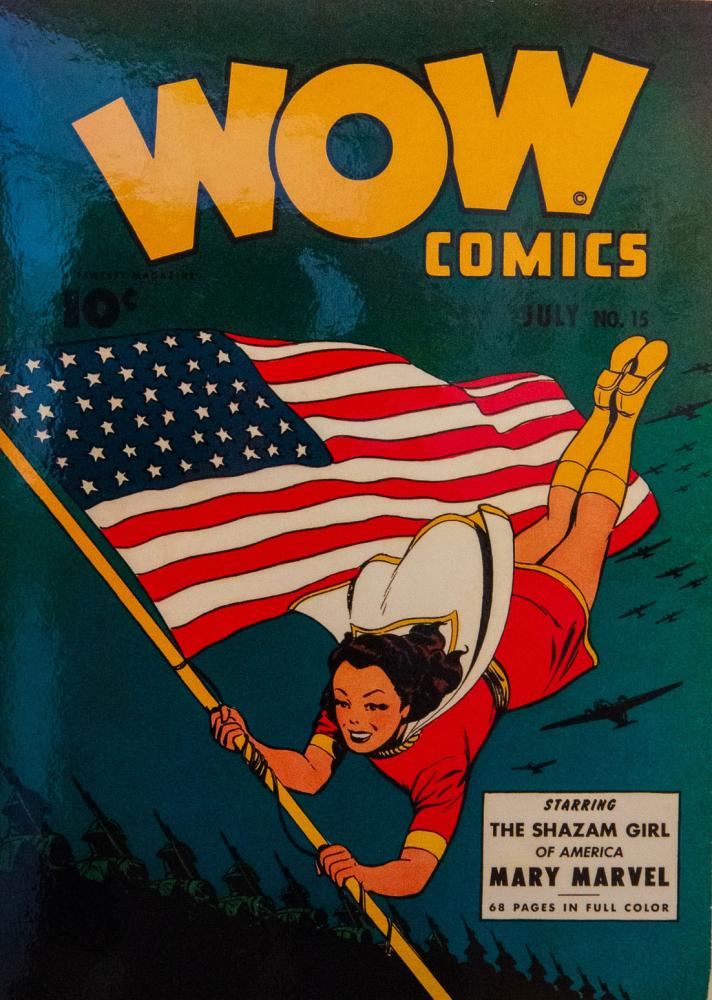 Jack Binder was born around the turn of the 20th century and emigrated in 1910 from Austria to Chicago with his parents and siblings (including brother Otto, who would go on to be, arguably, the most prolific comic book writer of all time). Binder got his start in the business via packager Harry “A” Chessler’s Manhattan studio, where he served as the boss’s right-hand man, but the road that led him there was indeed winding. Jim Steranko noted that Binder tried his hand at boxing, blacksmithing, and the printing business before enrolling in fine art classes at The Chicago Art Institute – and even put in a few years as a milkman.

Binder was not one of the period’s stellar artists. He was undoubtedly a professional and a worthy draftsman, but as Steranko argues, “his panels and figures were static,” and he never adopted Jack Kirby’s cinematic storytelling. Nevertheless, Binder is remembered not only for the characters he helped to create (including Lev Gleason’s Daredevil and Captain Battle) and refine (Fawcett’s Marvel Family), but also for the specialized production method he developed at his comic book packing shop and for the scores of successful artists and writers he mentored and whose careers he helped get off the ground.

Binder’s outfit produced material for as many as 19 publishers throughout the war years, primarily Fawcett, Nedor, Lev Gleason, and Timely. After the war depleted his workforce to the point that continuing the shop became too onerous a headache, Binder shuttered the operation and joined the staff at Fawcett, working primarily on Mary Marvel stories and covers. Once his time in comics was over, he had a second career in the 1950s and 1960s as a sculptor, creating a wide variety of kitschy figures for roadside attractions throughout the Adirondacks. Alongside his brother Otto, Binder formed what many consider to be the first family of Golden Age comics.

Binder was also one of the medium’s real-life champions. There’s a marvelous quote in The Steranko History of Comics that epitomizes his love for comics: “Anyway, for my part I liked doing the comics…and believed they were good for kids. It was a phase of my life that I’ll never regret in the slightest. And I think the comic books, in time, will get due credit as being equal to the syndicate features…In certain cases (like Captain Marvel and Company), those stories were sometimes real masterpieces that the newspaper crowd never achieved. We were rip-roaring pioneers with all the inspiration and creativity that comes with it!”