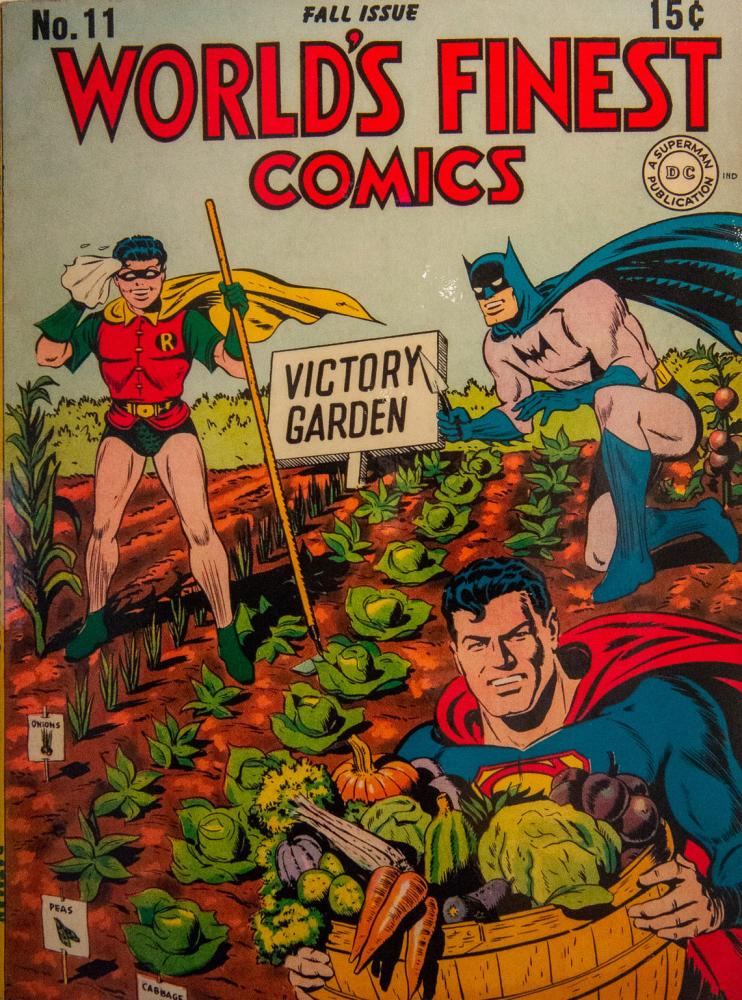 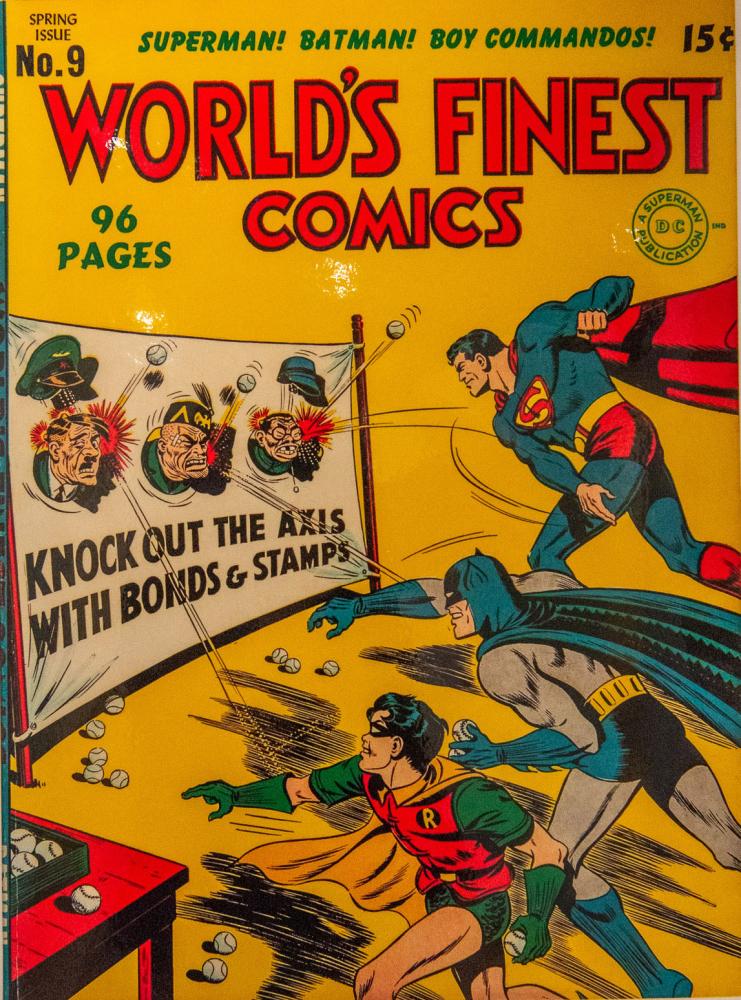 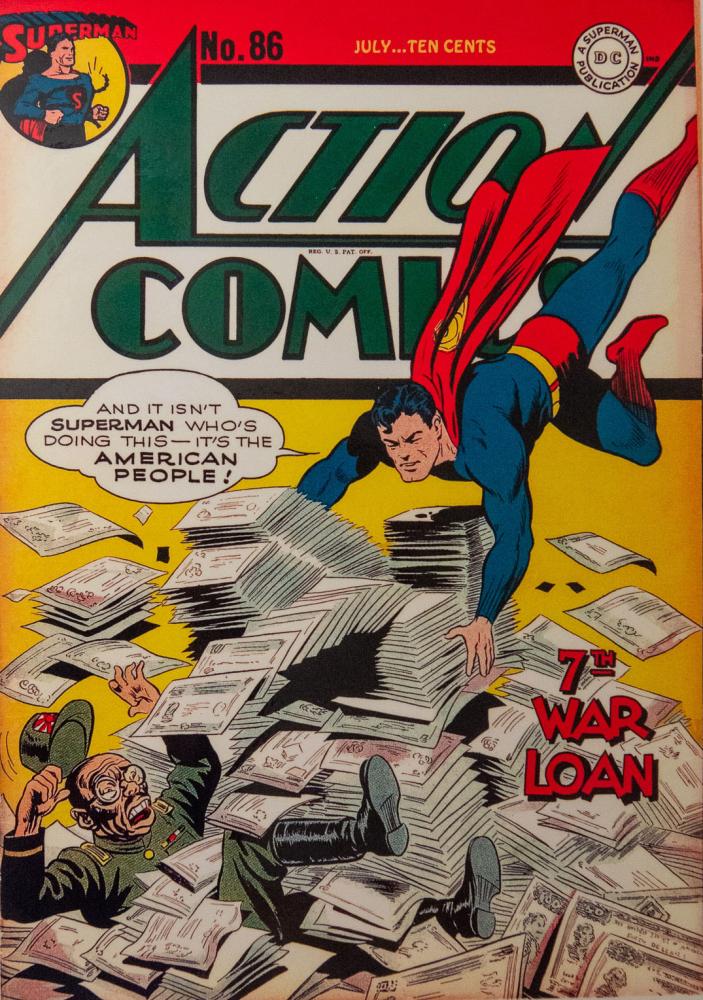 The top Superman artist throughout the war years was Hardin “Jack” Burnley, who worked for DC Comics from 1939 to 1947. Burnley is generally considered to be the first artist trusted by the publisher to draw Superman, Batman, or Robin after their creators. His first published artwork was the cover for World’s Fair Comics #2 (1940), the earliest comic to place that trio of heavyweights together on a cover. He also took a turn with the Superman and Batman Sunday newspaper strips. In 1941, along with writer Gardner Fox, Burnley created the superhero Starman in Adventure Comics. By the end of the war he had become, arguably, his employer’s top draftsman, having created iconic cover designs for Action Comics, Superman, Detective Comics, Batman, and Adventure Comics.

Burnley isn’t as well remembered as he should be, likely because his comic book career was confined to the Golden Age and because he usually wasn’t allowed to sign his work. He came to the business following a decade as a syndicated newspaper cartoonist, having drawn a daily sports panel and provided spot illustrations for a wealth of Damon Runyon stories on behalf of King Features Syndicate.

Burnley’s experience drawing real-life athletes made him a natural for superheroes. “I gave Superman a lot more muscle than he had originally,” he told a Charlottesville, Virginia newspaper in 2000. “When I came into comics I had a background in drawing the musclemen and heroes of sports, so it was rather easy for me to make the transition to drawing the comic figures.”

Burnley imbued his costumed characters not just with believable musculature, but also with a sense of dynamic movement and grace that was lacking in the work of many other artists. Historian Ron Goulart described him as a self-taught prodigy with a patient, realistic technique and noted that Burnley’s heroes always “knew how to run, jump, and punch properly.” Burnley was quite versatile, especially in his newspaper work, in that he could switch easily between cartooning and an academic style that sometimes approached photo-realism.

Unlike fellow comic book artists such as Irv Novick, Gil Kane, and Reed Crandall, Burnley left the industry shortly after the war was over and never looked back, resuming his career as a newspaper cartoonist, first in Pittsburgh and then in San Francisco. He retired to Charlottesville, where he died in 2006 at the age of 95.