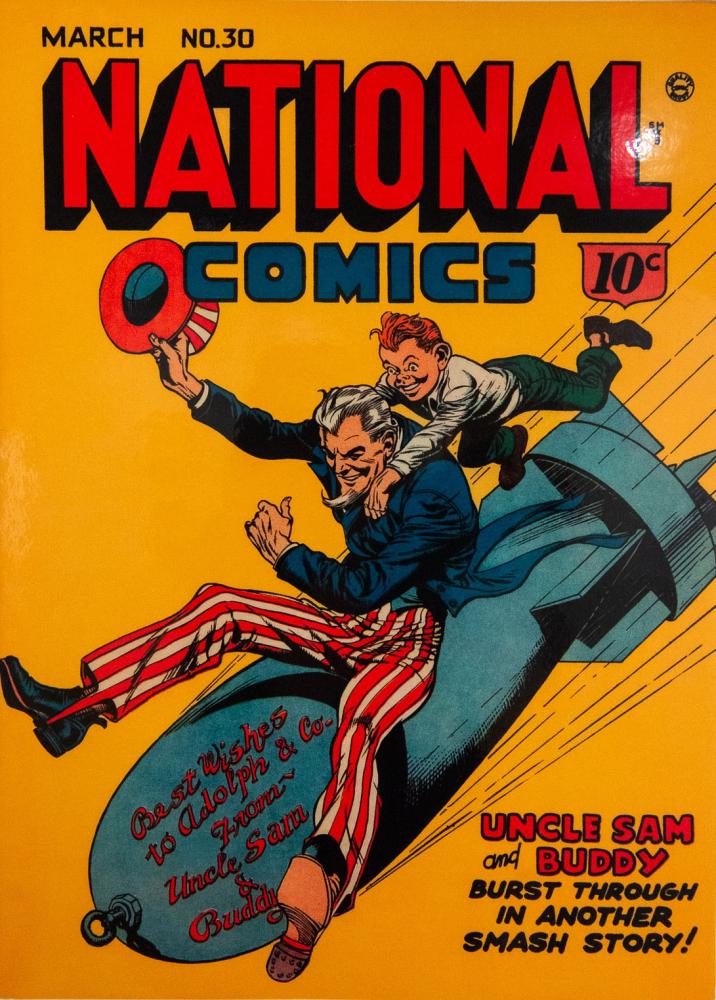 A Giant in Comics History

Ron Goulart described Reed Crandall as “one of the most technically proficient artists ever to work in comic books, Crandall…was the definitive artist on Blackhawk.” Jim Steranko went ever further: “Crandall unquestionably was the finest artistic talent to emerge from the world of comic illustration in the ‘40s. And quite possibly the ‘50s and the ‘60s… The history of comics has yet to produce another giant like him.”

Crandall was born on a farm in Winslow, Indiana, in 1911 and graduated from the Cleveland School of Art in 1939. He tried his hand at book illustration and editorial cartooning, but in 1940 he headed east and eventually found his way to a drawing board in the Eisner-Iger comic book packaging shop, where he spent a year penciling minor stories and developing his extraordinary brush talent, inking the work of established starts such as Will Eisner and Lou Fine. Crandall even rendered a few of Jack Kirby’s earliest Captain America stories. Everett “Busy” Arnold, the head honcho at Quality, liked his work so much that he badgered Eisner and Iger into putting the young artist on Quality Comics titles exclusively. Shortly thereafter, Arnold offered Crandall a full-time gig, later saying, “I always thought my artists over the years were the finest in the business, and I rate Crandall as the best man I ever had.”

By 1942, Crandall had begun his long tenure with the character Blackhawk. He also served as the chief Doll Man artist for Feature Comics. He’d draw the Blackhawks for more a decade, an assignment for which Steranko argues that Crandall was ideally suited: “The strip made a number of special demands on its artists. The first was a natural, realistic style that allowed the strong characters in its cast to come through clearly. The second required a rigorous and authentic treatment of machinery, primarily the airplanes… The third demanded a knowledge of composition (or groupings) of figures…and good characterization to tell them apart. Crandall qualified on all points. Where [original Blackhawk artist Charles] Cuidera made Blackhawk a bestseller, Crandall turned it into a classic, a work of major importance and lasting value.”

In the early 1950s, Crandall began accepting assignments from other publishers and created stellar work for Bill Gaines at EC Comics in the days before that company was swept up in the anti-comic book witch hunts of the mid-1950s. He later worked on issues of Classics Illustrated, the Catholic-oriented Treasure Chest of Fun & Fact, and Gold Key’s Twilight Zone. Crandall fell on hard times in his final years. He returned to the Midwest to look after his mother, but developed a drinking problem that hindered his ability to work in comics and forced him to accept menial jobs. A 1974 stroke necessitated his move to a nursing home, where he died in 1982.