"It marks a step in the onward march of progress in education and should contribute to the eternal well-being of all who enter its doors."

In 1914, woodworking and lumber industries were booming along the Susquehanna River in Williamsport, PA. Known in the late 19th century as "The Lumber Capital of the World," Williamsport was home to more millionaires (per capita) than any other city. Rich lumber barons built ornate Victorian-style mansions north of the river along a thoroughfare that became known as "Millionaires' Row."

Just around the corner from "Millionaires' Row," a new Williamsport High School opened in 1914. It included a small industrial arts shop, which offered adult education classes in woodworking and machine shop. Many of the first students to enroll were disabled World War I veterans who needed retraining to find local jobs in an increasingly industrialized workplace.

"The Williamsport High School Building, beautiful and majestic as it is, was not erected for the purpose of making real the dream of the man who has the honor of being the architect nor as a monument to the men who have given so much time and thought to its construction," declared the 1914 building dedication program. "Its purpose is rather to be found in the unrestricted opportunity which it offers for the development of future citizens of the community. It marks a step in the onward march of progress in education and should contribute to the eternal well-being of all who enter its doors."

The connection between vocational education and community needs was strengthened through the 1920s. Cooperative work-study courses that placed students in local companies began. A full-time adult day school and evening industrial courses were added. A unique foremanship program was developed to meet the rising demand for supervisors in local industries. Business leaders began to regard the school as an important asset in the community's economic development.

A survey of local industry conducted in the 1930s revealed that even in the midst of mass unemployment at the time of The Great Depression, there was a shortage of skilled labor. In response, the school designed a program to retrain jobless citizens to fill skilled positions.

The successful retraining plan became known nationally as "The Williamsport Plan." In 1940, The Saturday Evening Post reported, "What the Depression did to Williamsport was about what it did to most similarly placed industrial communities … but what Williamsport did to the Depression is a story in the best, though of late unofficial, American tradition."

The school superintendent also praised the plan for providing teachers with current information on local employment, so they could better prepare students for success: "If these youths are to avoid the frustrations and heartaches of unemployment and poor employment, it is important that their guidance and training fit them for useful employment in jobs which are open to them." 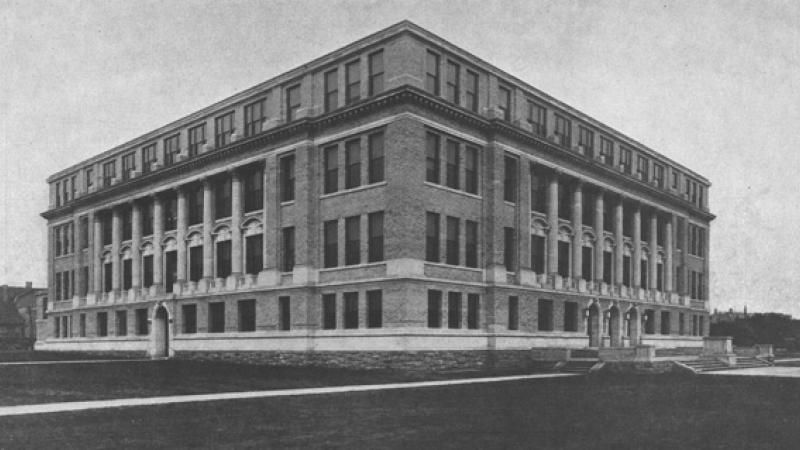