Please join BLaST IU17 and the Pennsylvania College of Technology as we present the annual 2023 Transition Conference. We look forward to welcoming you to campus!

This event is open to Special Education High School students in grades 10-12 as well as parents, guardians, and other interested parties residing in Bradford, Clinton, Lycoming, Sullivan and Tioga counties. We will be providing speakers and breakout sessions on the following pathways: Postsecondary Education and Training, Employment, and Community Engagement.

Plan ahead by exploring the Sessions and Pathways below before registering.

Choose the transition pathway that's right for you!

Anthony Ferraro was born blind with a genetic condition called Lebers Congenital Amaurosis. Hear about his amazing trajectory into the Paralympics and his passion as a musician. 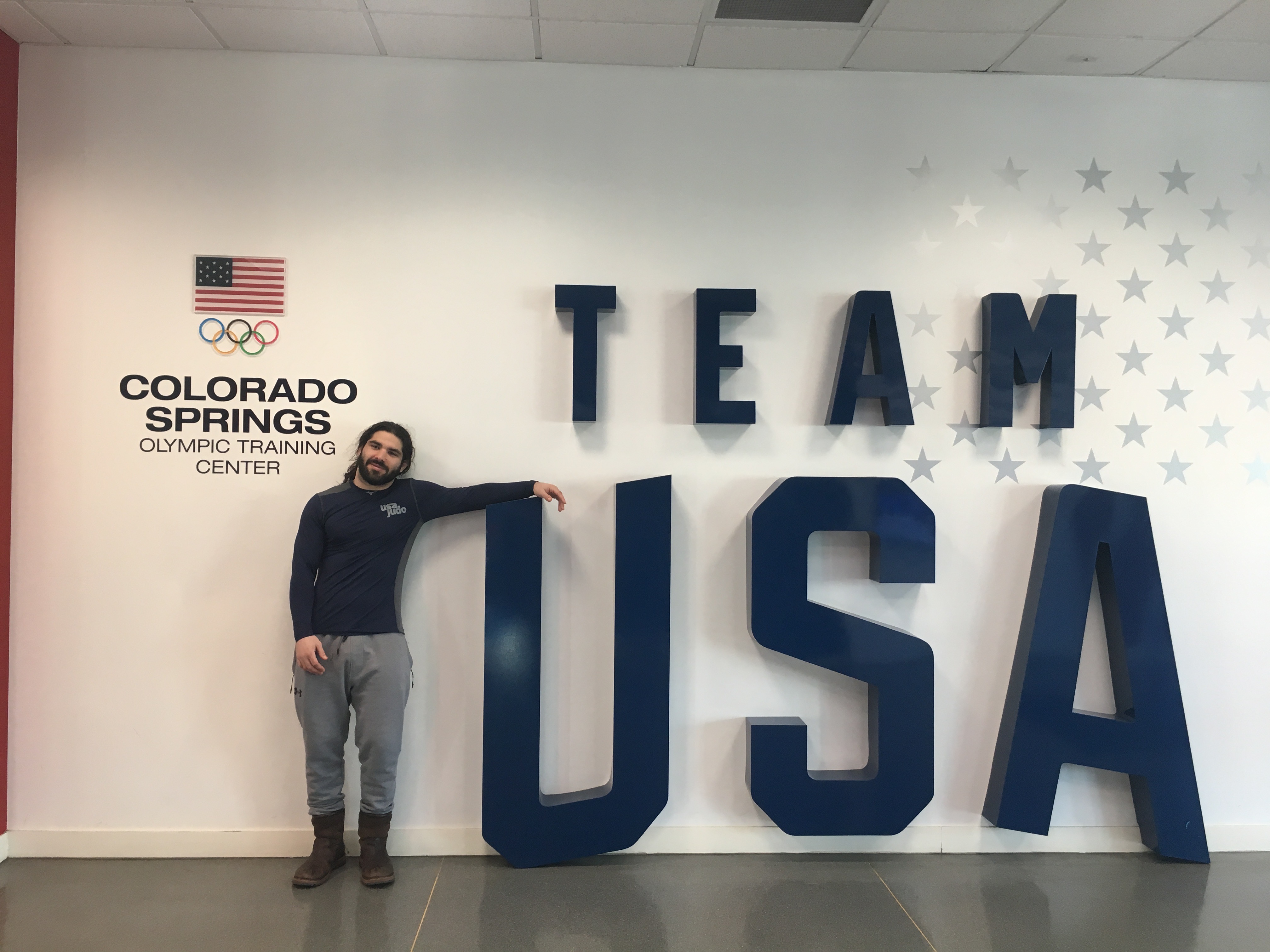 Anthony Ferraro was born blind with a genetic condition called Lebers Congenital Amaurosis. Today Anthony is 27 years old and refers to himself as a professional athlete, musician, and motivational speaker. Flashing back to his high school career, Anthony was the only blind wrestler on his team. With the goal of winning a state championship his senior year in the State of New Jersey, his older brother Oliver Ferraro followed him around and collected hundreds of hours of live footage.

In 2015 Oliver passed away the evening before he would see the first-ever edited clips of the film. Filmmaker Chris Suchorsky vowed to the Ferraro family he would finish the film no matter what it took in honor of Oliver's legacy. The United States Paralympic committee came across a viral trailer of the film made about Anthony's life as a blind wrestler and asked him if he would train in Judo to represent his country at the 2020 Paralympic Games in Tokyo. Anthony said yes and began his training in 2016. After years of editing and putting the film together, it was released to the public on Christmas Day 2018.

Anthony had two remaining qualifying tournaments for the 2020 Paralympics and then COVID hit us all in March 2020. Anthony was forced to stop his training and pivot temporarily to music as his main outlet while the games continued to be rescheduled. Taking his musical talents on the road in November and December 2020, Anthony branded a live stream music tour he called, "Anthony Ferraro's Blind Busking Live Stream Music Tour 2020.” Stopping in over 33 places with beautiful backdrops and setting up his amplifier, microphone, and a tip jar and streamed the music and the beautiful scenery to his followers around the world. The tour led him and his fiancé (engaged in May 2020), who did all the driving, through 23 states and over 9,800 miles of American highways and backroads. The tour would ultimately lead to Anthony's rise on social media on most platforms as @asfvision.

Anthony married his wife Kelly Anne in October 2021. The couple share's their life with the world through their short form videos. As of June 2022, Anthony continues to train for the upcoming Paralympic Games in Judo set for Paris 2024. Please follow him on your preferred social platform for more updates on his life and journey. Anthony welcomes anyone interested in learning more about his life to please follow along and one love!

Explore the variety of services, resources, and opportunities available at our conference Vendor Space! Each participant will select a designated block to visit the Vendor Space during registration. 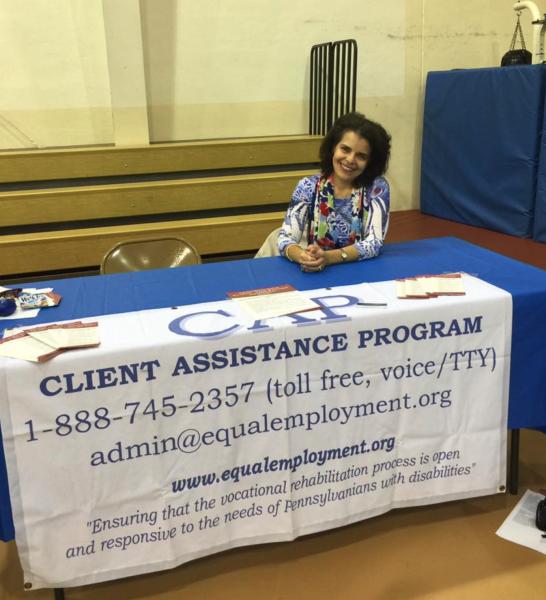 A program for the Pennsylvania Department of Health supporting Families and their Children with special health care needs by conducting assessments and coordinating connections to community resources.
Pennsylvania's Assistive Technology Act program helps people with disabilities explore the tools and technology they need to be independent for school, work, or life in the community.
Empowering people with all disabilities by providing: Resources, Options, and Disability-related Services needed to Obtain individual Freedom in their lives
We provide transition services for students in Tioga County.
Providing vocational rehabilitation services to help persons with disabilities prepare for, obtain or maintain employment.
Our mission is to provide students with disabilities a variety of work-based learning experiences that will allow them develop into independent, well-skilled employees who are prepared to join the work-force.
Assisting people with intellectual disabilities to acquire, maintain, and improve the skills necessary to live in their community. General areas of focus may include self-care, home management, participation in community functions, use of community resources and more.
An employee-centric division of Hope Enterprises that stresses employee welfare through hiring and accommodating each person’s abilities. Our team works to create an equal opportunity environment that provides the benefit of integrated employment.
Disability and Access Resources at Penn College encourages qualified students with disabilities to fully participate in all college programs, activities and services. Students with disabilities can rely on the support of Disability and Access Resources to determine and develop plans for reasonable accommodations, academic adjustments and/or auxiliary aids and services that promote access.
Serving individuals ages 14-24 throughout Bradford, Sullivan, and Tioga counties, our concentration is on career and educational development, work readiness training, and work experience placements. Our services can support young adults who are in pursuit of pinpointing a career pathway to educational and/or employment opportunities.
Committed to contributing insightful recommendations that will improve, strengthen, and help expand services for students with special needs.
Providing many supports for individuals with disabilities including Employment Services.
Penn College is a national leader in applied technology education. We will be here to answer questions about our Admissions process, majors, and more!
Providing vocational rehabilitation services to help persons with disabilities prepare for, obtain or maintain employment.
Williamsport's premiere Community Theatre for the past 45 years, we believe everyone belongs on stage, including YOU! We offer The Penguin Project and Spotlight Program, productions specifically designed for artists with developmental disabilities, intellectual disabilities, learning disabilities, visual impairment, hearing impairment, and other neurological disorders.
The largest free residential education and job training program for young adults ages 16–24. We connect you with the skills and education you need to get the career you want!
Assisting individuals of all ages with cognitive and/or physical impairments to maximize integration and independence in their home, community, school and/or workplace by empowering each person to identify strengths and to compensate for challenges.
A Pennsylvania State university (as a part of Commonwealth University) that offers an inclusive postsecondary education program for students with an Intellectual Disability.
Program supporting individuals with Intellectual Disabilities and Autism residing in Lycoming or Clinton County. Services are person centered, intended to meet the specific needs of the individual allowing them to achieve an Everyday Life.
Customized Work Experience program (CWE) for anyone 14 and older looking for employment in Bradfrod and Sullivan Counties. Our Transition to Work (T2W) program is geared towards students and young adults, who want to learn about different types of jobs available in their community.
Provides a variety of services in your own community utilizing your individual strengths. We would like to help you build on your talents to help you attain the future that you desire!
Pennsylvania Treasury - Savings account program for individuals with disabilities through the Bureau of Consumer Programs.
Providing the Bridges to the Future program, helping school-aged youth determine where their interests lie as they work towards their goals for after graduation. There are many beneficial activities available such as job shadows, paid internships, and a camp about STEM careers where you get money for participating!
A statewide nonprofit organization that helps individuals with disabilities and older Pennsylvanians get assistive technology making it possible to live independently, go to work and school, communicate, play, and be active in their communities. This technology can be life-changing; our goal is to help people get it, working one-on-one to identify and navigate funding resources for these devices.
Learn about and utilize a variety of devices that support your transition. You'll have the opportunity to explore 20/20 pens, talking clocks, magnification & voiceover software, smart home assistants, an HTC Vive Pro VR headset, and more!