We are committed to continuing to provide a safe, healthy environment for our staff and guests. Follow along on Facebook for details. 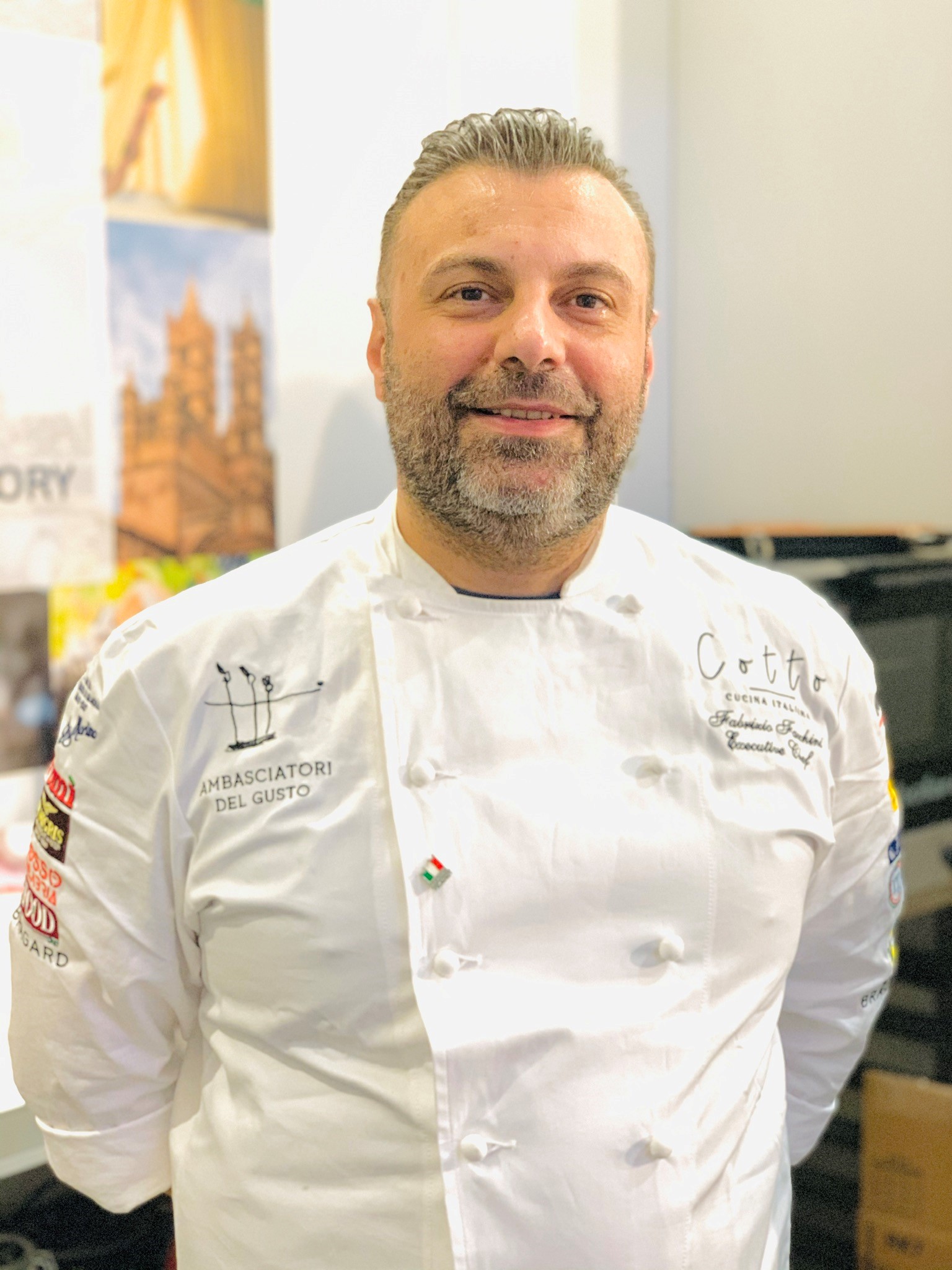 Fabrizio Facchini, with his wife Samira, has been the Chef and Owner of the small Boutique Hotel And Restaurant “Antico Borgo in Arcevia, Le Marche Region” in Italy since 2009. Father of four wonderful kids, he has been recognized and published in the Michelin Italy Guide since 2012 and other prestigious guides, magazines, press and food blogs around over the world.

He moved from Italy with his family to San Diego in 2015 and and since 2017 lives in NY State. Fabrizio was awarded by the Italian American Chamber in New York for his work bringing an Authentic Italian Cuisine to the USA. He has opened and developed Taverna Novo in Saratoga Springs and other concepts in NYC. He just opened Cotto - Cucina Italiana in the new Renaissance Hotel in Chelsea New York.

Fabrizio is part of the Slow Food Chef Alliance in Italy and the USA. He is the Co-Chair of Cooks Alliance Slow Food USA, and Cooks Alliance President Slow Food New York State. He participated in Denver at Slow Food Nations Festival 2018 where he cooked at the Zero Waste Family Meal with Massimo Bottura and other famous chefs.

He was invited in 2018 to cook a dinner at the prestigious James Beard House.

In 2019 he created the Italian Kitchen at the SFN2019 inviting and collaborating with renowned chefs, food lovers, and authors, Antonio Starita, Alex Seidel, Alice Waters, and many others.

Fabrizio is a board member and Adviser of AICNY (Association Italian Chefs Of New York.) Fabrizio is also involved in other foundations and nonprofit organizations such as Food For Soul, Nature Kids in Costa Rica, Sons of Italy, NoKidsHungry, FoodBankNY, Noah Homes San Diego and others. He appeared on Food Network and other TV shows. His collaboration in Fundraising Events such as NYCWFF and City Harvest with friend chefs such Rocco DiSpirito, Geoffrey Zakarian, Guy Fieri, Lidia Bastianich, Michele Mazza, Cesare Casella and many orthers has permitted him to raise money to help community and causes.

Net proceeds from this event will be used for annual scholarship awards and other scholarship funds. This event serves as a valuable educational experience for our students and is a vital component of our scholarship fundraising efforts. The wine flight for the Visiting Chef dinner is carefully selected to complement the different courses of the meal. To provide consistent service, there will be 12 ounces of wine served to each guest. Due to the nature of this event, we cannot honor requests for additional wine purchases. Penn College sincerely appreciates your understanding and cooperation.