The college's commitment to its community is total, is real, and is significant. It is involved in the economic, social, and cultural life of north-central Pennsylvania in ways which few if any institutions of higher education ever even hope to achieve.

The state's passage of the Community College Act of 1963 led to the establishment of Williamsport Area Community College. School districts in 10 counties served as local sponsors. Service to the districts included secondary and postsecondary, credit and noncredit courses.

In 1970, WACC officially purchased Williamsport High School's academic center and gymnasium and earned its first accreditation from the Middle States Commission on Institutions of Higher Education.

While the quality of a WACC education was affirmed, the cost to provide quality, hands-on education in an environment that matched industry standards proved to be a challenge. Budget deficits, enrollment declines, and disagreements between faculty and administration resulted in a three-week faculty strike in 1973. An outcome of the experience was an increased role for faculty, staff, and students in the College's internal governance.

A 10-year, long-range plan developed with college-wide input in 1974 articulated a vision for improving the institution's growth potential by upgrading its aging campus, adding new facilities, and establishing a unified working environment for faculty whose interests were very diverse.

Developing comprehensive degrees that united academic rigor and applied technical skills was an ongoing challenge; but the institution's commitment to this unique form of higher education remained strong.

The uncommon mission of the institution proved to be crucial at the end of a 20-year sponsorship agreement with regional school districts. Local sponsorship was required in the community college system, so when the districts decided not to continue sponsoring WACC, the College faced the very real possibility of closing.

The City of Williamsport provided temporary local sponsorship while lawmakers and business leaders, aware of the institution's potential to impact the future of the commonwealth's workforce, looked for a solution to that would bring financial stability.

The solution came in the form of state legislation that changed WACC into a new institution. In 1989, Gov. Robert P. Casey signed House Bill No. 1086, creating Pennsylvania College of Technology as an affiliate of The Pennsylvania State University. 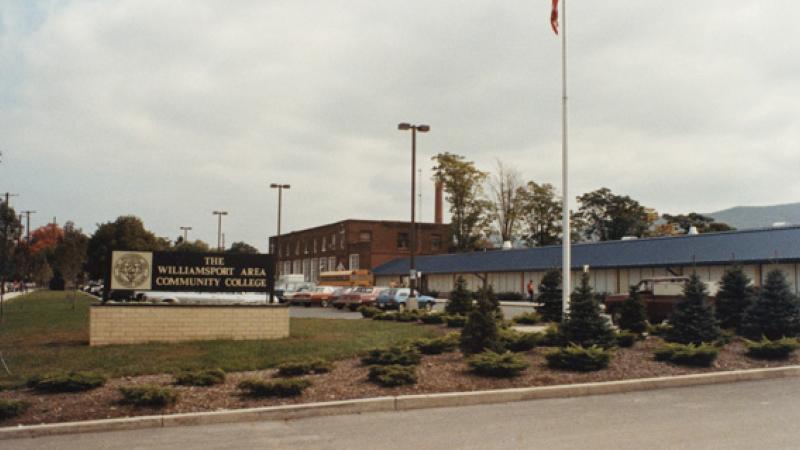