Howard retired after nearly 30 years in shipbuilding/ship repair in Chester. He has been married for 50 years and is the grandfather of nine. He has been living in southwestern Pennsylvania since the day he graduated from Williamsport Technical Institute in July 1960. He resides in Aston.

Kirk is a general manager for Regal Theatres. He received the Rising Star Award for excellence in management, and for his volunteer efforts (over 700 hours and counting at Whitaker Center for Science and the Arts) he has received Regal's Community Showmanship Award, which includes a donation to the employee's chosen cause. He resides in Birdsboro.

Susan is a realtor associate for Fish Real Estate, where she has received numerous awards. She resides in Montoursville and has three "beautiful, busy" grandchildren.

Dulcey is an assistant professor of nursing at Penn College. She holds a Doctor of Nursing Practice from Chatham University. She resides in Montoursville.

Anthony is a grower for Dan Schantz Farm and Greenhouses. He resides in Nazareth, Pa.

James, a registered nurse, is the home health manager for Guthrie and head football coach for Troy High School. He was voted Northern Tier League 2019 Coach of the Year. He resides on Armenia Mountain, near Troy, in a self-built log home with his wife, Lori Machmer, '98, dental hygiene, and their two sons.

Lori is a litigation paralegal for Lycoming Engines. She returned to Pennsylvania in January to join the company's legal department after her husband retired from American Airlines. She is chair of the Florida Bar Association's Florida Registered Paralegal Committee and founding president of the Orange County Bar Association's Paralegal Section, among many other roles and awards. She resides in Williamsport.

Crystal is a library operations and public services assistant for the Madigan Library at Penn College. She resides in Williamsport.

Jonathan is a civil engineer inspector for RK&K, with inspection jobs that include roadway and structures in Pennsylvania. In the last three years, his work with RK&K has allowed him to travel from North Carolina to Maryland to Pennsylvania, collecting certifications and broadening his knowledge in each state. He is engaged to be married in August 2020. He resides in York.

John is a sales representative for Paragon Machinery. He resides in Danville and is engaged to be married in September 2020.

Cynthia is the Clinton County prothonotary and clerk of courts. This year, she is celebrating 45 years of marriage, and she recently welcomed her fourth grandson. She resides in Lock Haven.

Tyler is a product development engineer for Strouse Corp. "Upon leaving my previous job, I have decided to become more involved in the engineering aspect of the degree than the design," he says. "I see myself using what I have learned, primarily from the last two years on campus, and greatly appreciate what the college has done for me."

He and his wife expect to welcome their second child, a son, in February 2020. They reside in Hanover.

Erin is a web and marketing specialist for Kennel Connection. She resides in Salt Lake City. 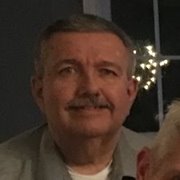 Chris is a logistics manager for Life Cycle Engineering. He resides in Upper Chichester.

Allison is an information technology technician for Jersey Shore State Bank. She resides in Montoursville.

James is a security officer for Securitas. He resides in Jersey Shore.

Kyle is a site engineering manager for TE Connectivity, managing individuals who cover two facilities and 14 value streams. He welcomed a daughter in May 2017. They reside in Harrisburg.

Kendra is an assistant finance officer for River Valley Transit. She resides in South Williamsport.

Daria is employed by Evangelical Community Hospital. She resides in Lewisburg.

Alane is a substitute assistant group leader for the Children's Learning Center at Penn College. She resides in Williamsport.

Kyle is a senior welding engineer for Evapco, Inc., where he oversees global welding operations. He holds a Master of Business Administration from Seton Hill. He resides in Fairfield.

Mariah is a computer operator for Weis Markets. She resides in Muncy.

JC is a senior systems engineer for Sierra Nevada Corp., deemed one of the three most innovative U.S. companies in space. He resides in Waynesboro.

Erick married Nicole Grove on June 1, 2019, and is set to graduate from Gannon University with a master's degree in engineering management in December 2019. He is an assistant operations manager and welding engineer for Custom Engineering Co. He resides in Grove City.

Brent is the director of buildings and grounds for the Central Fulton School District. His responsibilities include maintaining athletics fields, kitchen equipment, HVAC, electrical and plumbing. Under his direction, the district has received awards from the Keystone Athletic Field Managers Association and the Sports Turf Managers Association for Field of the Year and Field of Distinction. He resides in McConnellsburg.