Above, Christian Peters '20 takes the field for the Penn College men’s soccer team in Fall 2019. Peters now works in the front office for Real Salt Lake. Photo by Matt Blymier

Christian Peters ’20 uses his student-athlete experience and business administration degree to pave his path to a dream job as a Major League Soccer team administrator.

The final destination was always clear for Christian H. Peters, and the journey to get there was paved in Williamsport.

Peters is the assistant team administrator for Major League Soccer team Real Salt Lake, and he credits his experience as a student-athlete and the hands-on learning he practiced at Pennsylvania College of Technology as the reasons he was able to secure his dream job of working in professional soccer.

“If I didn’t play college soccer, I wouldn’t have been as prepared to handle the hectic schedule that we have in pro soccer,” said Peters, who graduated from Penn College in December 2020. “And having the hands-on assignments in classes really prepared me for the logistical part of my internship, which led to this job.”

Peters is responsible for myriad activities. In the off-season, he is busy with relocation for both new players and staff, helping them to set up visas, flights, bank accounts, phone numbers and housing, and outgoing players returning to their home country. He also works to secure preseason training venues, hotels and team activities.

In-season, he handles all aspects of travel – including buses, hotels and meals for away matches; participates in the pre-match roster exchange and referee meeting; provides day-to-day player care, from grocery runs and doctor’s appointments to family member immigration; and connects with new players to ensure they have everything they need to move to Real Salt Lake.

“Honestly, there’s so much more that goes into what we do!” Peters said. The Germansville native matriculated to Penn College in large part because the institution had just become a member of NCAA Division III, as well as the personal recruiting provided by men’s soccer head coach Tyler Mensch.

“Coach (Mensch) is absolutely the biggest reason why I came to Penn College,” Peters said without hesitation. “He’s very personable and attempted to get to know me as a human during the recruiting process and was very polite to my entire family. He’s an overall great person, and he’s more than a coach to me.”

Peters initially enrolled at Penn College in the physician assistant major but switched to business administration: sport and event management concentration because he felt it was the best major to put him on the path to working in professional sports.

In the summer of 2019, Peters interned with Reading United, a USL League Two team, which led to a game operations internship with the Philadelphia Union, of the MLS, in the spring of 2020. Peters took classes on Tuesdays and Thursdays and commuted to Chester on Monday, Wednesday and Friday to finish his internship.

“It was a sacrifice I knew I had to make in order for my dream of working in pro sports to come true,” said Peters, who transitioned to an equipment internship in May 2020. “Being a student-athlete, with the hectic schedules, long road trips, and balancing classes and social life, prepared me well to make that commitment.”

Peters’ sacrifice and commitment paid off in September 2020 when he flew to Salt Lake City to interview with the Real Monarchs of the United Soccer League and was offered a team administrator job soon after. At the end of the Monarchs’ 2021 season in October, Peters was promoted to assistant team administrator for Real Salt Lake, the Monarchs’ MLS affiliate, in time for RSL’s playoff run to the Western Conference Finals.

“Chris is the classic example of a student who sought out an internship that paved the way to a professional opportunity in his major,” said Chip D. Baumgardner, associate professor of business administration/management. “By obtaining a highly sought-after internship, Chris turned it into an incredible job that is a great fit for his career path.” 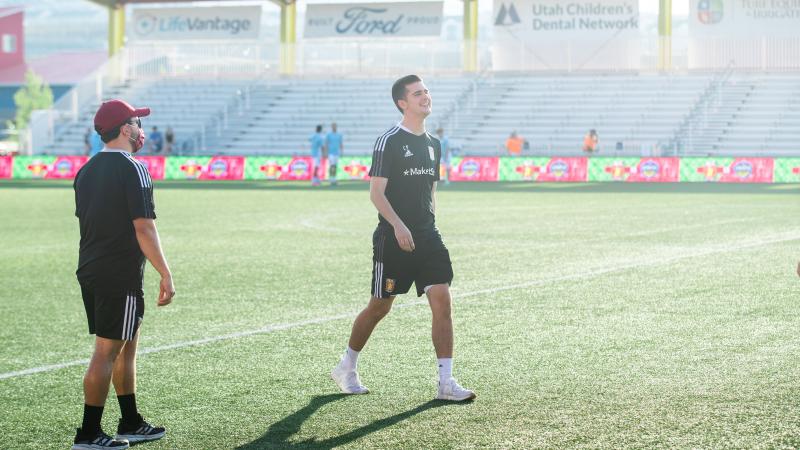 Peters on the field before the Real Monarchs' match against El Paso Locamotive Football Club. 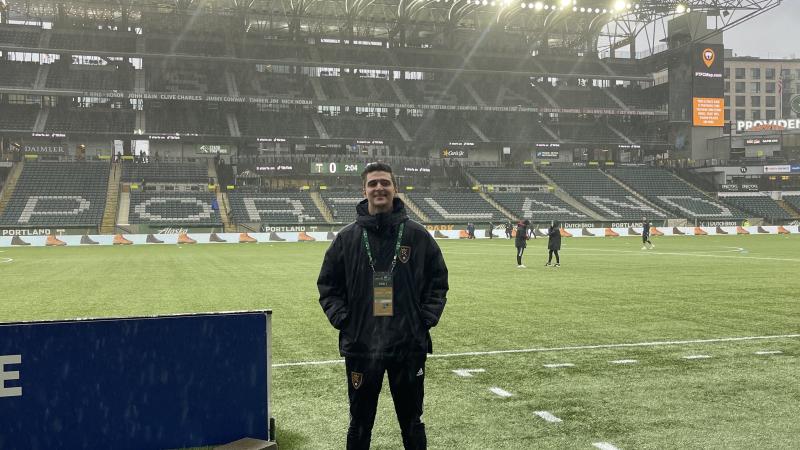 Peters pauses for a photo prior to Real Salt Lake's Western Conference Finals match in Portland, Ore., in December. 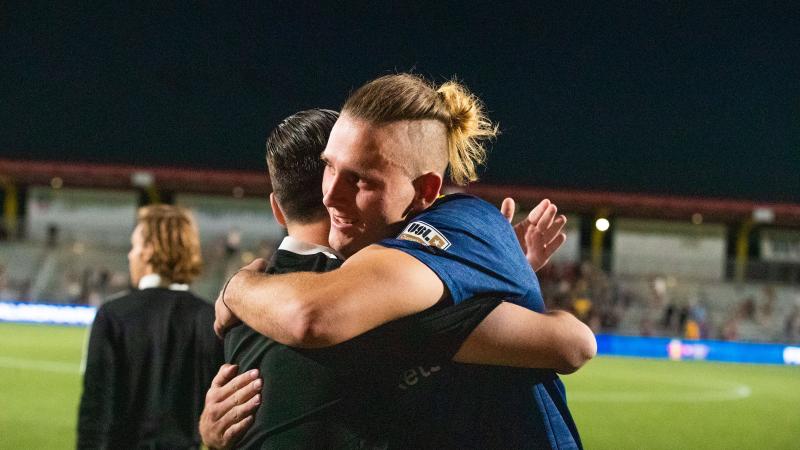 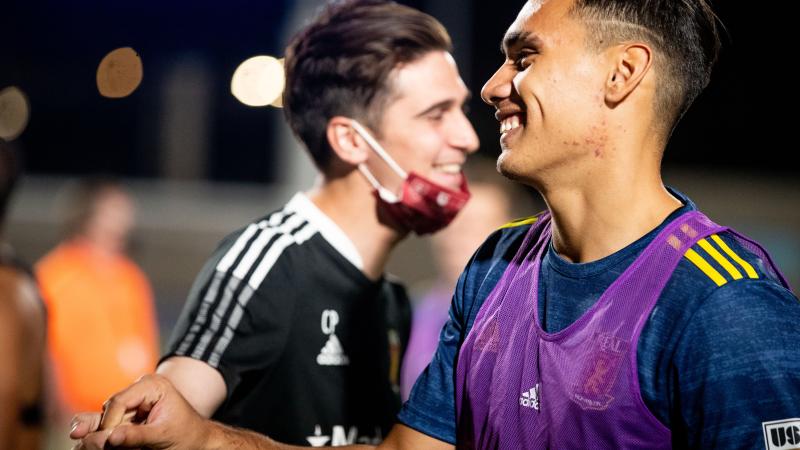 Peters, left, with Max Mata, a New Zealand professional footballer and a forward for Real Monarchs.