”His power at the plate jumped out at me, but I was surprised and impressed how fast he was for a kid that size,” a delighted Howard said. ”Foot speed isn’t essential for what we expect of him, but it’s certainly a plus. He might even get a few stolen bases before he’s done at Penn College.”

From Rudolph’s perspective, the ”speed” he exhibited for Howard was turtle-esque. The experienced drag racer is used to being a blur.

”My two favorite things to do really are baseball and drag racing," Rudolph said. ”It’s the competition. You have that one-on-one aspect I like a lot. In baseball, it’s you against the pitcher, and in racing, you have to be better than the person next to you in each round.”

Rudolph has excelled at both sports but doesn’t let either overshadow his ultimate goal of becoming a design engineer, preferably in the automotive industry.

”I really like the hands-on aspect,” he said. ”In my program (engineering design technology), you are able to get right into it and start designing on the computer.”

On the diamond, Rudolph earned considerable playing time at first base and was hitting .286 when the COVID-19 pandemic canceled his freshman season after just 10 games in Spring 2020.

But Rudolph had plenty to fill the baseball void, like launching Hill Top Clothing with his friend Max Yale.

Rudolph designed the Hill Top logo, which pays homage to the hilly landscape surrounding their hometown: Hemlock, New York. The logo is screen printed or embroidered on clothing they secure from various suppliers.

One of the marketing vehicles for Hill Top is Rudolph’s rear-engine dragster. Most weekends from April through October, Rudolph races the 2,000-pound car at Empire Dragway in Leicester, New York, and at other tracks throughout the mid-Atlantic.

Thanks to that pursuit, his academic and athletic endeavors at Penn College, and co-founding a clothing line, Rudolph is covering all bases for future success. 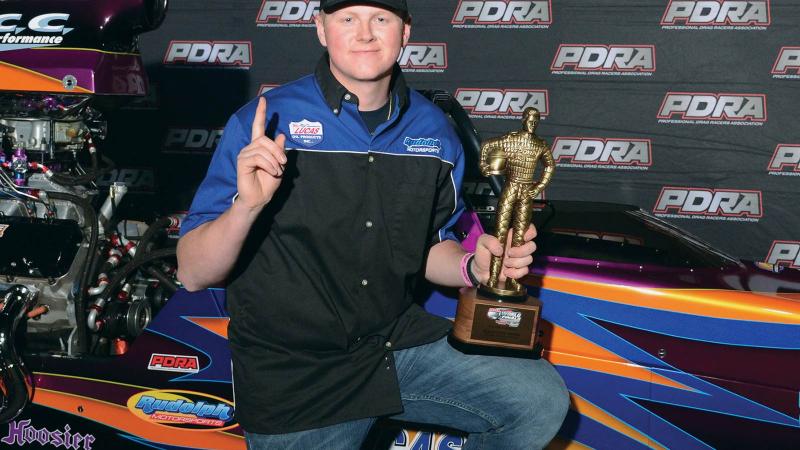 ”This is the third straight year that we topped our previous number of scholar-athletes, and it’s a trend we strive to continue. The achievements of our student-athletes in the classroom are always the most rewarding,” Director of Athletics John Vandevere said.

To be selected, a student-athlete competing in a conference-sponsored sport must achieve a combined GPA of 3.4 or higher for the fall and spring semesters and must be in good standing on his or her team.

Student-athletes must be in their junior or senior year with a minimum cumulative GPA of 3.4 to be eligible.

”While each individual is accomplished and talented in unique ways, they share one common characteristic – striving to do their best in everything they undertake in their studies and in their sports,” Faculty Athletic Representative Tom Zimmerman said.