Existing within the framework of Memento Mori (Latin: remember that you have to die), the majority of Michael Reedy’s work employs skulls and other objects that serve as a reminder of death. However, these images are imbued with a degree of sarcastic self-awareness and self-pity. Antagonistic clipart cherubs, vomiting demons, skull babies, floating brains, and organ ghosts become central to the grand spectacle that is called getting older – and not wanting to. When combined with an alien landscape full of hypno-spirals, cascading vortexes, and black holes, we find ourselves transported to another plane that is seriously trying to not take itself too seriously. This point of tension between hope and despair, humor and pain, and living and dying is of infinite interest to Reedy and represents his mindset every time he looks in the mirror and sees another grey hair. 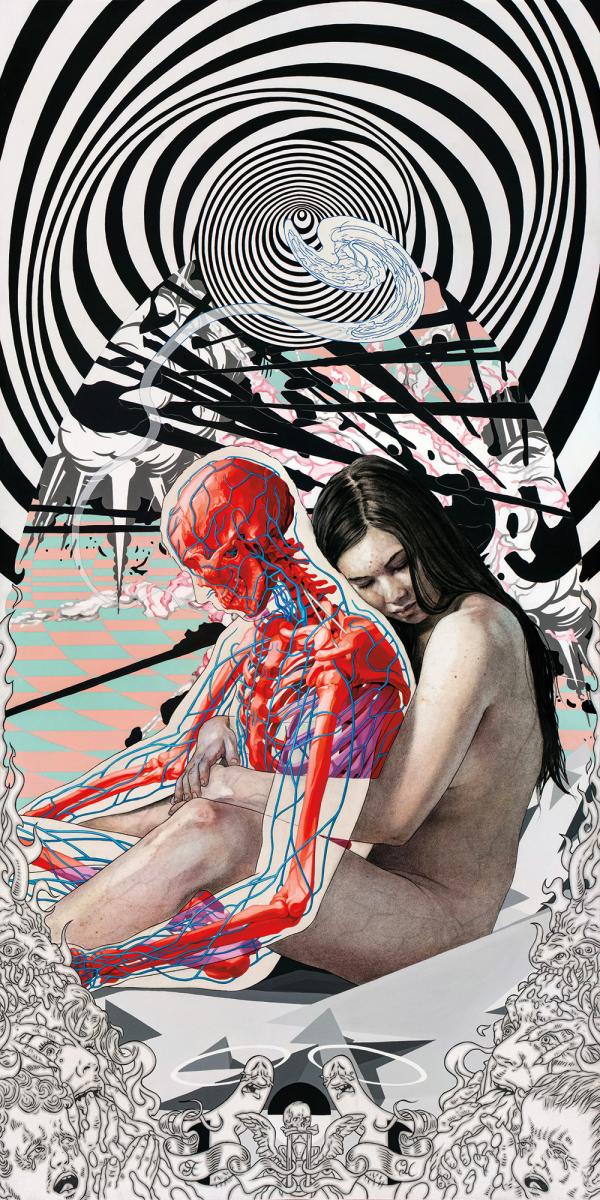 May’s photographs cleverly reference 17th Century Dutch vanitas (still life paintings) and their air of craft guilds, international trade, and personal wealth. At the same time, her carefully disheveled compositions of stylish objects allude to product photography and advertising imagery. From vintage clocks to virtual reality headsets, the assembled gadgets suggest the passing of time. Finally, these photographs reflect a nostalgia for anachronistic technology and a desire for the latest enchanted objects.

Jeanette May received her MFA in Photography from CalArts and her BFA in Painting from the University of Illinois. She has received awards from the NEA Regional Artists’ Projects Fund, New York City Department of Cultural Affairs, Illinois Arts Council, Elizabeth Foundation for the Arts, and Ms. Foundation. Her work is exhibited internationally. May lives in Brooklyn, NY. 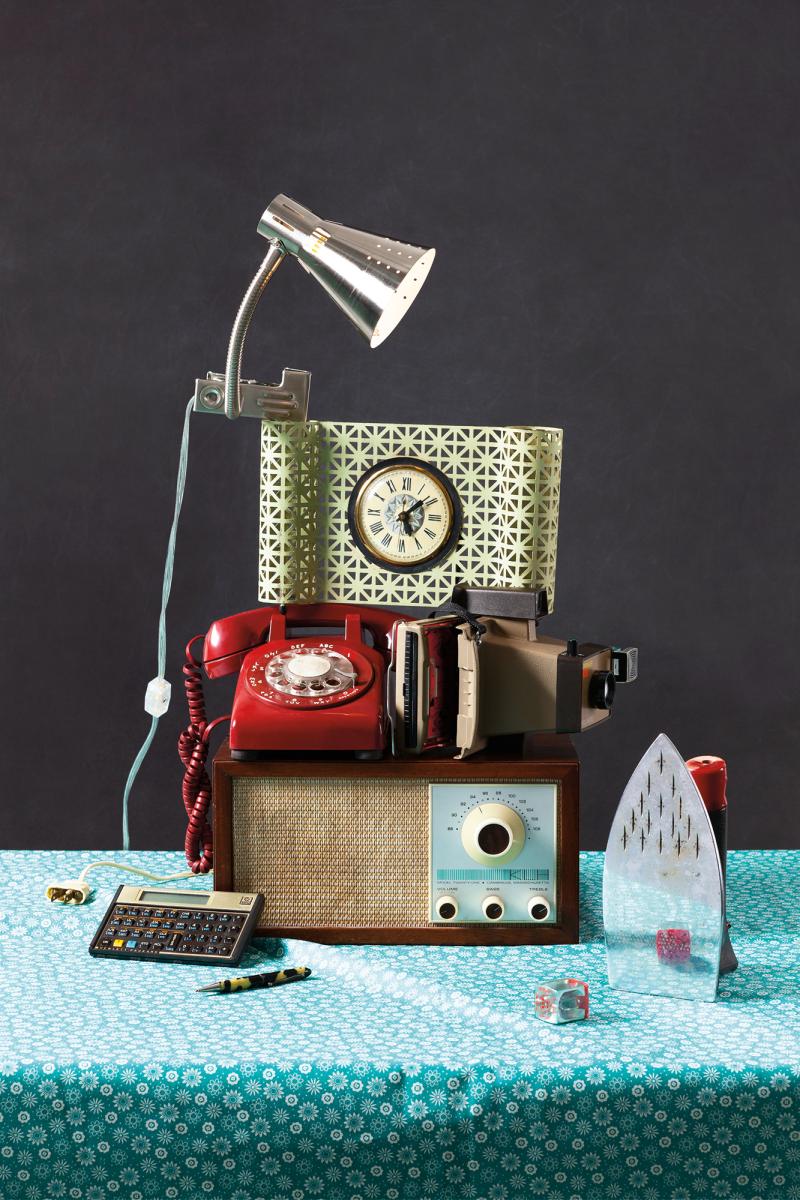 America’s beloved Little Golden Books were first released in 1942 and sold over 1.5 million copies within five months. The books were originally written and illustrated by the Artists and Writers Guild, printed by Western Printing, and published by Simon & Schuster. The first twelve books included:

Three Little Kittens, Bedtime Stories, The Alphabet from A to Z, Mother Goose, Prayers for Children, The Little Red Hen, Nursery Songs, The Poky Little Puppy, The Golden Book of Fairy Tales, Baby’s Book, The Animals of Farmer Jones, and This Little Piggy.

The company used strategic marketing, a uniform size and look, a modest selling price (25 cents), and captivating illustrations to sell Little Golden Books. By the late 1940s, Little Golden Books sought out illustrators awarded The American Library Association’s Caldecott Medal to add prestige to the books, which were not endorsed by librarians. The first Caldecott illustrator was Elizabeth Orton Jones who created artwork for Little Red Riding Hood.

This exhibition was organized by the National Center for Children’s Illustrated Literature, Abilene, Texas.

Veronica Muzic joined Williamsport Area Community College, the predecessor of Pennsylvania College of Technology, as an English instructor in 1968 and retired as chief academic officer in 2006. She was awarded its first Master Teacher award in 1982 and when she retired from full-time service, the college named the Veronica M. Muzic Master Teacher Award in her honor. She was passionate about education and the arts, and in her nearly four decades of teaching and administrative leadership, she promoted fairness and equality in and out of the classroom and was a popular teacher and selfless mentor to students, alumni, and colleagues. She began both the Women’s Series and SMART Girls at the college, the former bringing a collection of prominent authors to campus in the 1980s, their work integrated into the instructional curriculum; and the latter sidestepping stereotypes to encourage young women to consider math- and science-related careers. Muzic was also a force in the greater community through service to organizations including the League of Women Voters, the YWCA of Northcentral Pennsylvania, the Williamsport Symphony Orchestra, the South Williamsport Education Foundation, and the Community Arts Center.

A New Deal for the Nursery: Golden Books and the Democratization of American Children's Book Publishing (This event was held February 2, 2022)

Leonard S. Marcus is one of the world’s leading writers about children’s books and the people who create them.  He is the author of Margaret Wise Brown: Awakened by the Moon, The Annotated Phantom Tollbooth, and Golden Legacy: The Story of Golden Books, among other books, and is the editor You Can't Say That!, a collection of conversations about censorship and the literature for young people. Leonard has written frequently for the New York Times Book Review and has been a commentator on radio and television. He is a founding trustee of the Eric Carle Museum and Editor at Large at Astra Publishing House. 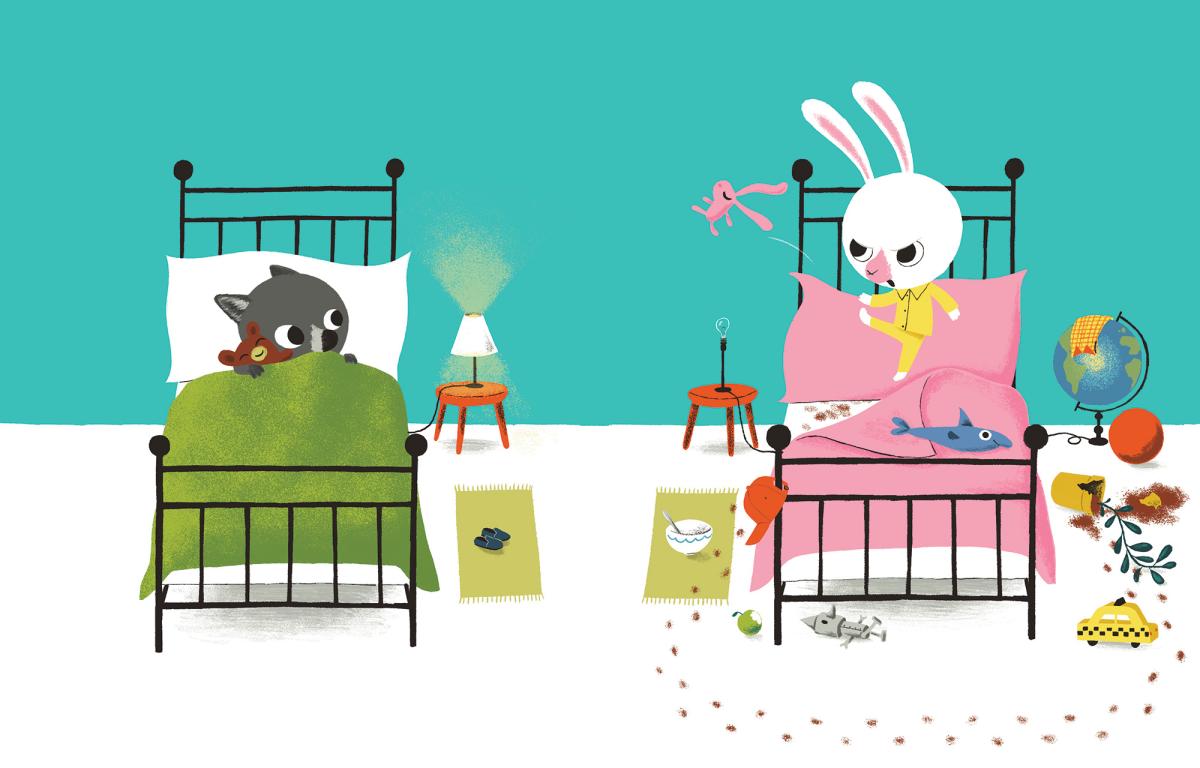 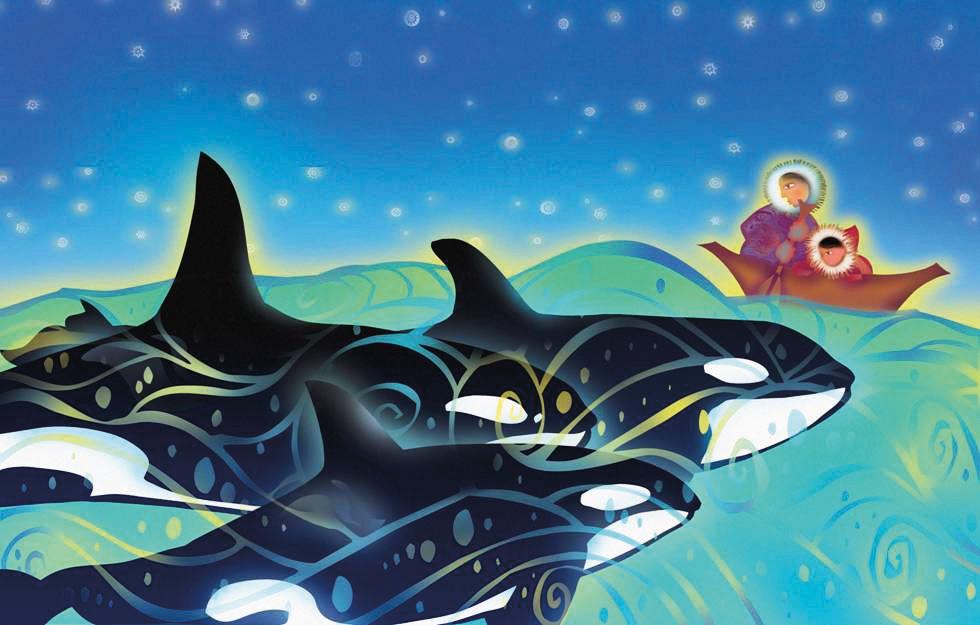 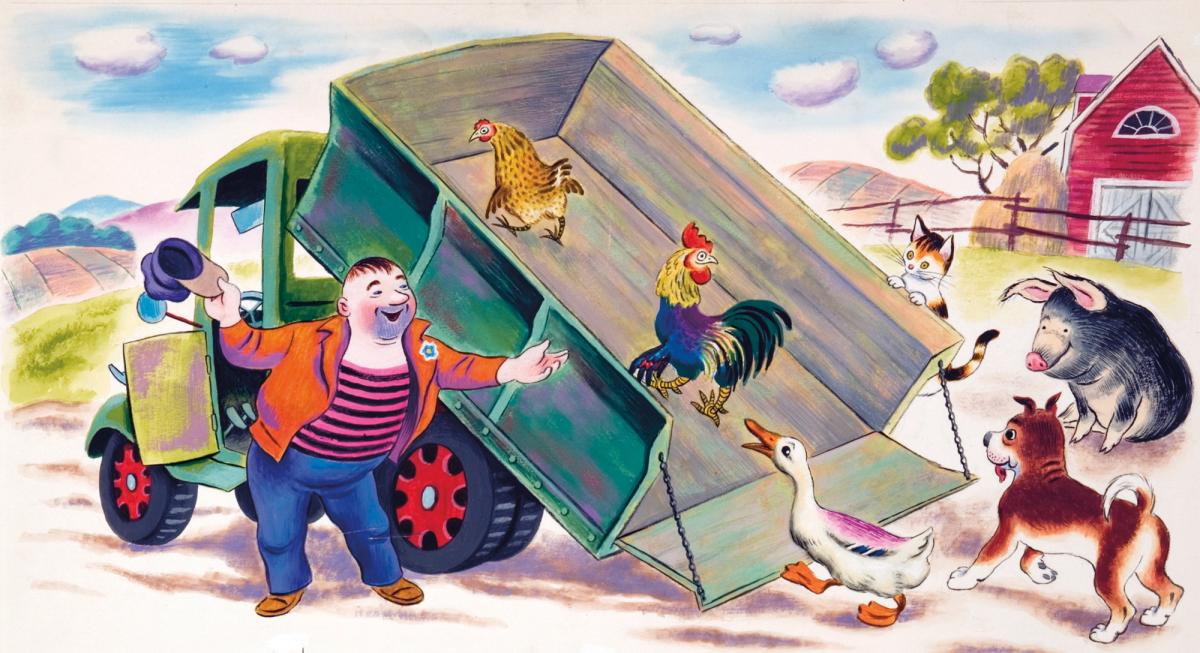 The Happy Man and His Dump Truck, ©1950 by Tibor Gergely

This exhibit appears in the lobby.

David Stabley’s work includes ceramics, carved wood masks, and sculpture. His clay work varies from hand-built vessels to traditional thrown forms, and he has been experimenting with soda firing using a combination of flashing slips, stains, and glazes. David combines drawings of faces with overlapping abstract shapes, color, textures and patterns that surround and take over the form. His wood works have been a product of teaching wood sculpture at Penn College. His carved masks are inspired by African art and include mixed media additions.

My artwork reflects my attempt to understand our connection, as human beings, to the many worlds we occupy. When we dream, fantasize, consider our place in the ever-expanding universe, or merely interact with our immediate physical world, we are doing so at many different levels. There is a blurring of distinction of what is, what was and what shall be. Our thoughts, feelings and interactions are actually composed of many layers and fragments, stories within stories. My overlapping images, shapes, colors and textures portray these worlds within worlds. I invite you in to explore and experience them, adding another layer of connectedness to what already is.

David received his BA from Millersville University of Pennsylvania, and his BFA and MFA from the University of Nebraska-Lincoln. David and his wife Deb made their living for over 30 years selling their ceramic work to galleries across the country. He currently teaches ceramics and wood sculpture at Penn College. He has designed and produced many mosaic murals on campus as well as in the community. Most recently, he was commissioned to create a large-scale triptych for the new Penn State Health Hampden Medical Center.

Keith Vanderlin’s works are comprised of color photographs and wood sculptures. His  appreciation for the shapes and forms of nature are a common theme in his work. In making the photographs, he works with both incident and reflected light sources using long camera exposures. He edits the images in Photoshop, often blending together more than one digital file to complete an image. Much of the wood used for his sculptures comes from the trees on his property, using colorful hardwoods, black walnut, black cherry, and chestnut. He works with both the construction and the subtractive processes when making his sculptures, and his inspiration comes from objects found in nature, which are used as a point of departure for the work. His art making process for both the photographs and the wood sculptures is informed by the basic principles of art, design, and science.

Keith received a BA degree in Biology from Gettysburg College, an MEd in Science Education from Temple University, and an MFA in Photography from the Rhode Island School of Design. He has been teaching for 50 years, 30 years at Penn College. He co-developed the wood sculpture class at Penn College with department head Brian Flynn, when they both started making wood sculptures. Keith lives with his wife, Nancy; his dog, Sunny; and two cats, Daisy and Violet, in an old farm house which he and Nancy have renovated. The property surrounding their home has been an inspiration for their art work, a source of food, a home for a flock of chickens, and a playground for their seven grandchildren. 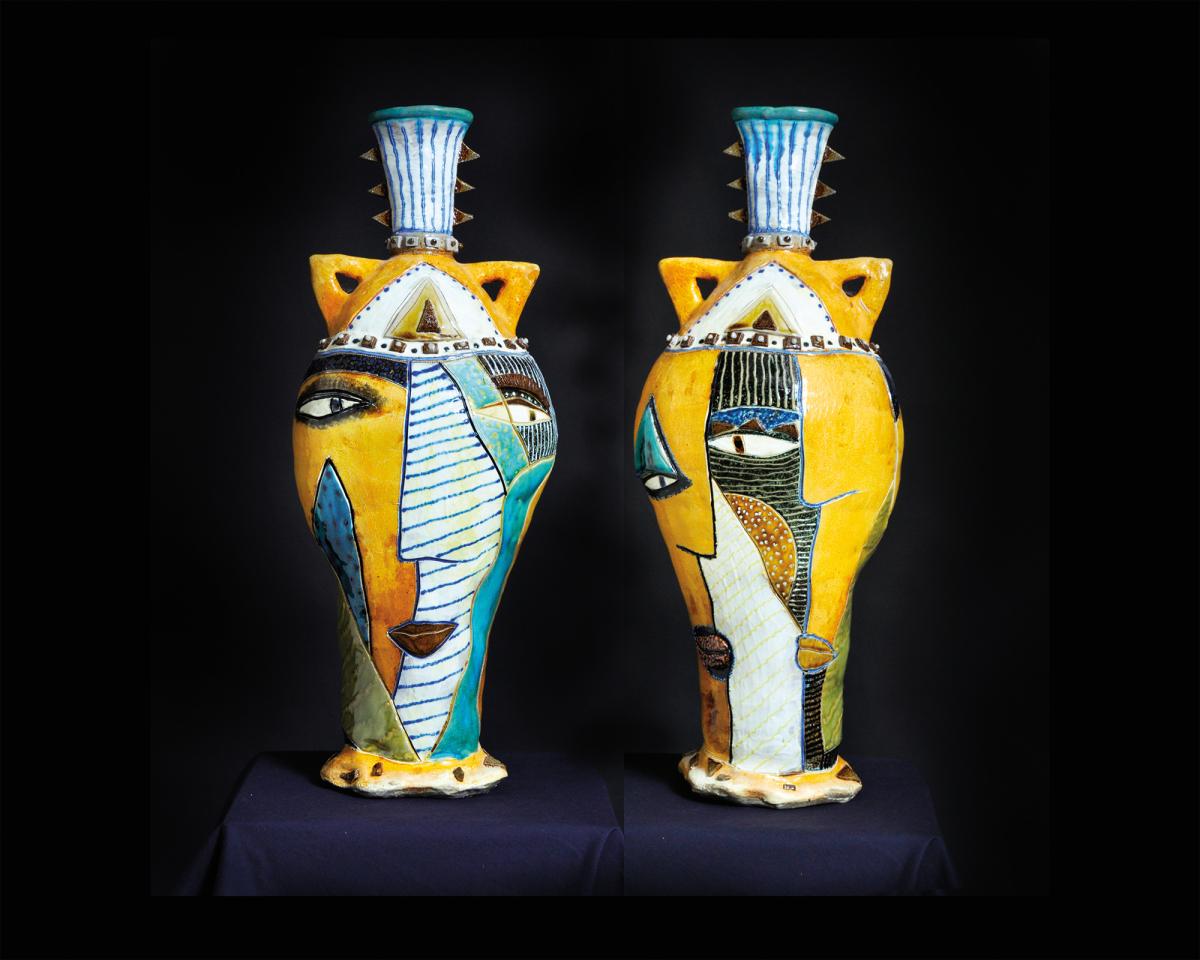 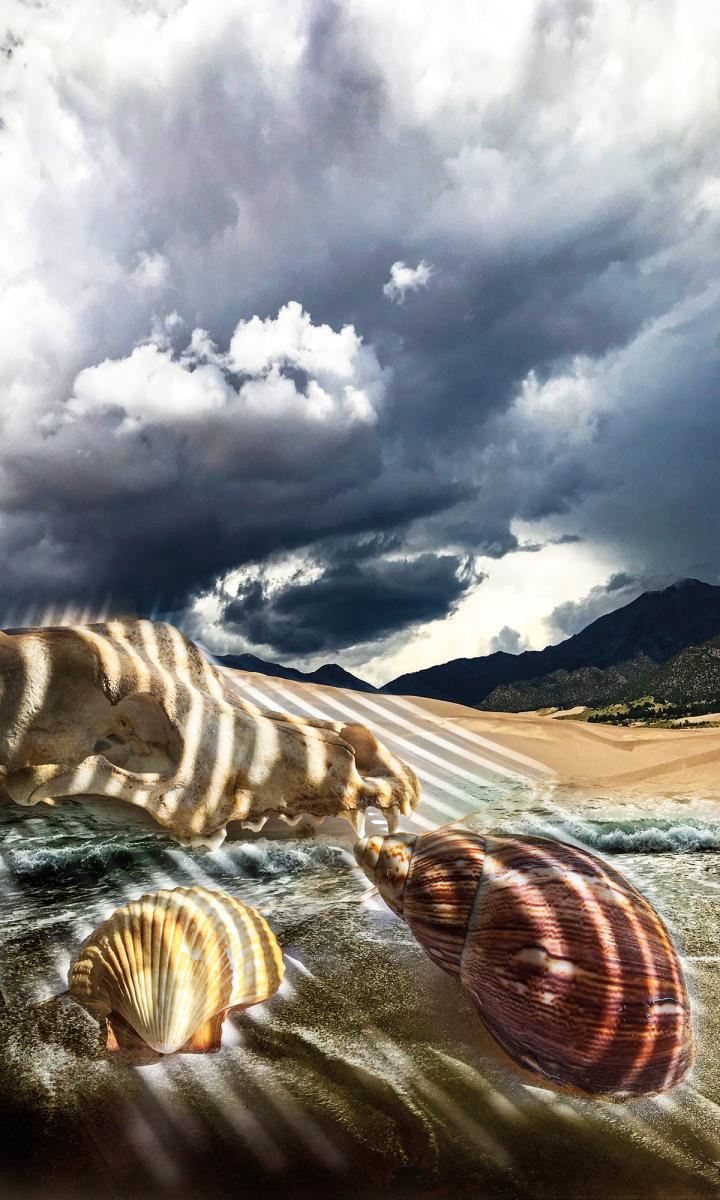 Architecture & Sustainable Design features the capstone projects of students’ architectural design work in their final semester of study at Penn College. Each graduating senior was tasked with the design and development of a significant building in an urban setting. Students will present design process drawings, 3D models, and computer renderings depicting their individual solutions.

The Penn College architecture programs have a long history and a strong reputation. Associate- and bachelor-degree graduates have won awards as team members for the Department of Energy Race to Zero and the National Association of Home Builders’ International Builders Show competitions. These graduates are well-versed in sustainability and make significant contributions to the built environment. 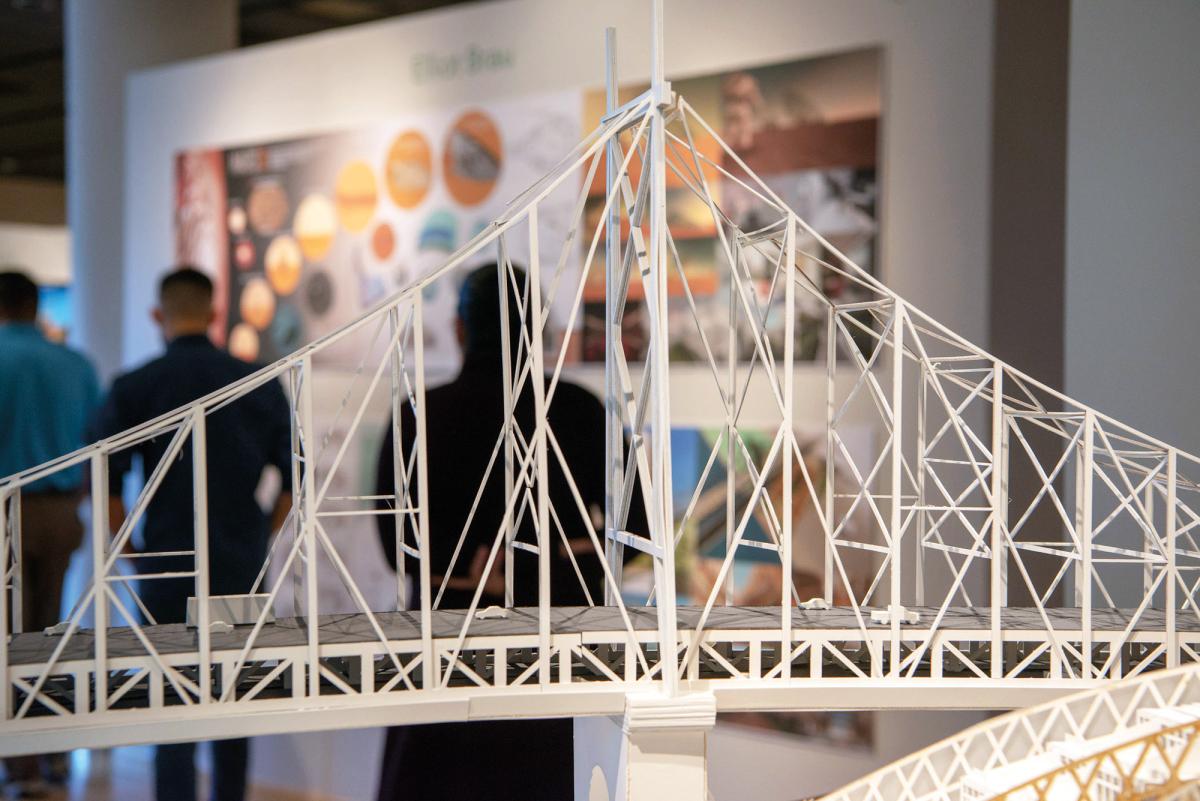 Graphic Design 2022 is an annual exhibition displaying the best design, illustration, and web design work of graphic design majors in their final semester of study at Penn College. For the exhibition, design faculty select the top works developed by each student within their time at Penn College. The exhibition gives students a chance to present their work in marketing, branding, packaging, advertising, and design to industry professionals and the community. 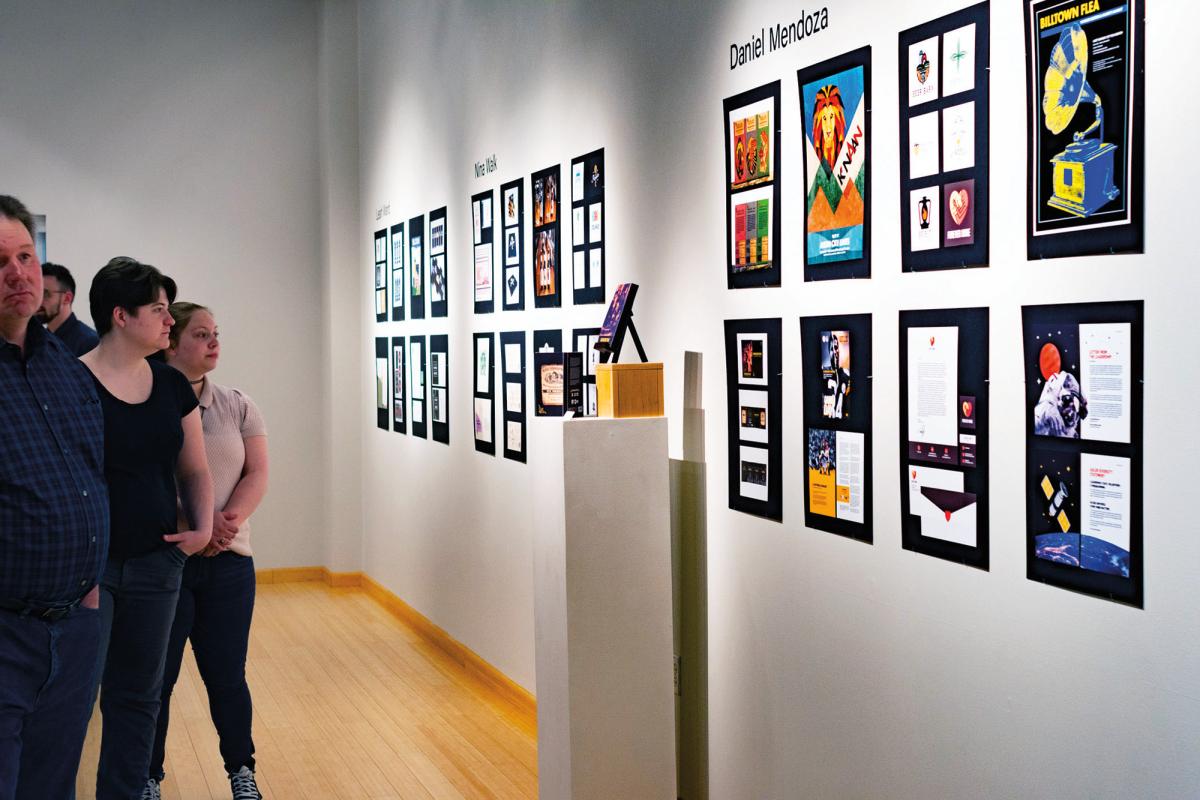 This exhibition explores the evolution of the small-town baseball tournament established in 1947 to the international event held today and enjoyed by millions worldwide. The exhibition is brought to life by a collection of photos, artifacts, and artwork that span each decade of the summertime classic. The works were selected from the archives of the World of Little League Museum. The collection of one-of-a-kind artifacts and images are sure to excite Little League fans of all ages! 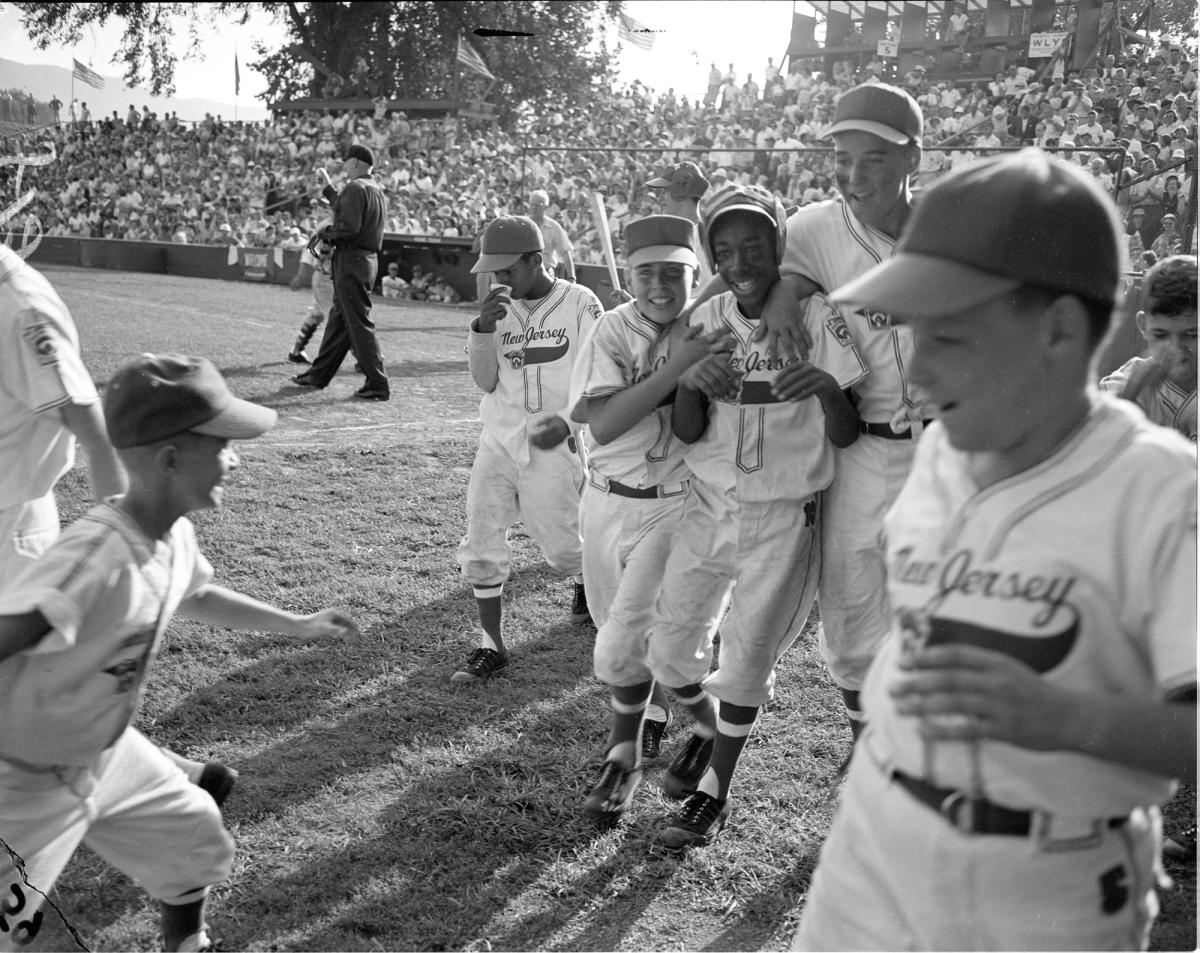