The series, honoring Daniel J. Doyle, a professor emeritus and the College’s 1984 Master Teacher, features presentations by noted authors and academics and will challenge audiences to consider the impact of technology on our society.

People’s ability to envision the future tends to fall between two unhealthy and unconstructive extremes. On one side, there are those who are blindly optimistic about technology. This attitude is sometimes termed “technosolutionism”, the naïve idea that every problem can be solved with technology. At the other extreme are those so critical of technology that they adopt an unrealistic Luddite attitude, avoiding technology altogether; or they assume that a dystopian future is inevitable and, as a result, become passive. Critical optimism navigates between these two extremes, encouraging an earnest hopefulness that also incorporates a healthy dose of criticality.

What futures are possible, which are probable, and, most importantly, which might be preferred? Requiring skills from art, design, and engineering, the creation of aesthetically resolved prototypes can meaningfully communicate visions of the future to people of all backgrounds. 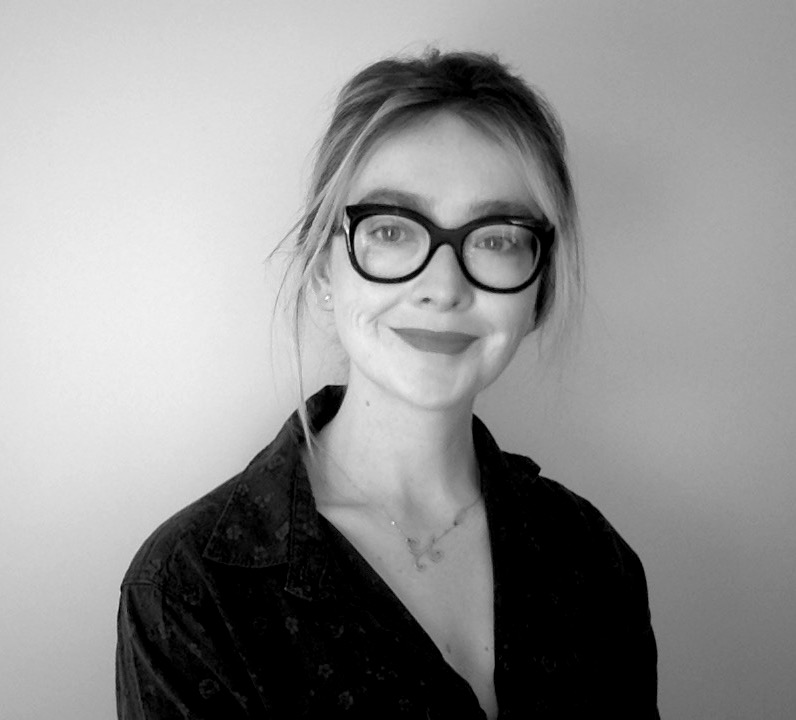 Sophia Brueckner, born in Detroit, MI, is an artist, designer, and engineer. Inseparable from computers since the age of two, she believes she is a cyborg. She received her Sc.B. in Computer Science and Applied Mathematics from Brown University. As a software engineer at Google, she designed and implemented products used by tens of millions and later on experimental projects within Google Research.

Brueckner earned her MFA in Digital + Media at the Rhode Island School of Design where she explored the simultaneously empowering and controlling aspects of technology (UX design and computer programming in particular) through her artwork. At the MIT Media Lab, she combined the understanding that interfaces structure thought processes with ideas from cognitive behavioral therapy and embodied cognition to design and build haptic devices for mental well-being.

Brueckner feels an urgency to understand and raise awareness of technology's controlling effects, and to encourage the ethical and thoughtful design of new technologies. To do so, she teaches Sci-Fi Prototyping, a course combining science fiction, building functional prototypes, and the ethics of invention/design. Since 2011, she taught multiple versions of the class to students and researchers at MIT, Harvard, RISD, Brown, and the University of Michigan. Both the class itself as well as the students’ individual projects received international recognition and were featured by The Atlantic, Smithsonian Magazine, Wired, NPR, Scientific American, Fast Company, and many others.

Brueckner’s work has been featured internationally including at SIGGRAPH, ISEA, the Peabody Essex Museum, the Bemis Center for Contemporary Art, the Urban Institute for Contemporary Art, and the Leaders in Software and Art Conference in New York. She is especially interested in the application of embodied cognition to interaction design, wearable technology, digital fabrication, generative systems, and sound. She recently joined the University of Michigan as an assistant professor in the Stamps School of Art and Design and the School of Information where she teaches sci-fi prototyping, digital fabrication, design, and creative programming. Her ongoing objective is to meaningfully combine her background in design and engineering with the perspective of an artist to create technologies that inspire a more positive future. 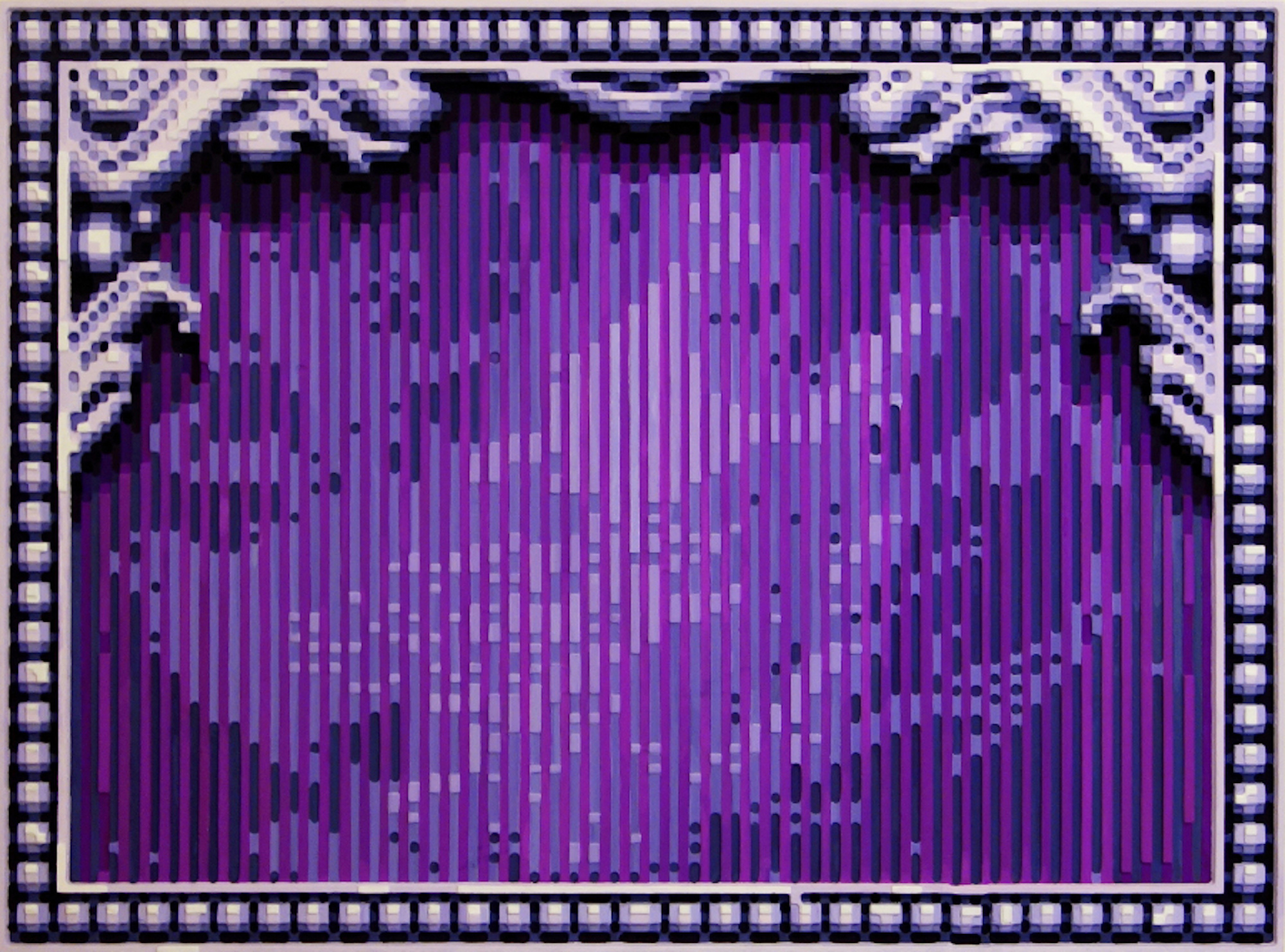 Eye of the Beholder

Brueckner took a wall texture from the 1991 DOS RPG game, Eye of the Beholder II: Legend of Darkmoon, and used a script to map its pixel values to depth resulting in a 3D object. She milled the form from wood on a CNC milling machine, and painted by hand the original image back onto the object. Part of the Anne and Michael Spalter collection.

“Technology is not neutral. We're inside of what we make, and it's inside of us. We're living in a world of connections — and it matters which ones get made and unmade.” - Donna J. Haraway

A collaboration with Rachel Freire at Autodesk Pier 9, the Embodisuit allows its wearer to map signals onto different places on their body. It both critiques and offers an alternative to current trends in wearable technology. Most wearables harvest data from their users to be sent and processed elsewhere. The Embodisuit flips this paradigm. Informed by embodied cognition, the suit instead receives signals from an IoT platform, and each signal controls a different haptic actuator on the body. Knowledge is experienced ambiently without necessitating the interpretation of symbols by the conscious mind. The suit empowers wearers to reconfigure the boundaries of their selves strengthening their connection to the people, places, and things that are meaningful to them. Furthermore, we hypothesize that by changing the way people live with data, it will change the type of data that people create.

The Empathy Amulet is a wearable interpretation of Philip K. Dick's empathy box from his novel Do Androids Dream of Electric Sheep?. In the novel, thousands of people were anonymously connected with each other both haptically and emotionally when they grabbed the handles of their empathy boxes. The Empathy Amulet similarly networks a group of strangers together through shared experiences of physical warmth. It is not yet another technology for staying in touch with people you already know (and falling short).  Rather, it encourages its wearer to make a deliberate and generous choice to invest their time and energy in connection with strangers, and it incorporates reciprocity into its design, such that helping oneself means helping other people. In today's world, people are less likely to feel empathy towards those not in their immediate network of family and friends, and, despite a proliferation of connective technologies, loneliness is on the rise. Surprisingly, it is the perceived sense of loneliness, and not actually being physically alone that has numerous health consequences for a significant portion of the population. Lakoff and Johnson's theory of embodied mind asserts that our physical and subjective experiences are inextricably linked, and the Empathy Amulet leverages the powerful connection between the physical experience of warmth and the subjective experience of social connectedness to combat loneliness and cultivate a stronger sense of connection with strangers.

Inspired by Do Androids Dream of Electric Sheep? by Philip K. Dick, the Empathy Box is a networked appliance that connects many anonymous people through shared warmth to cultivate reflection and sense of empathy towards strangers. 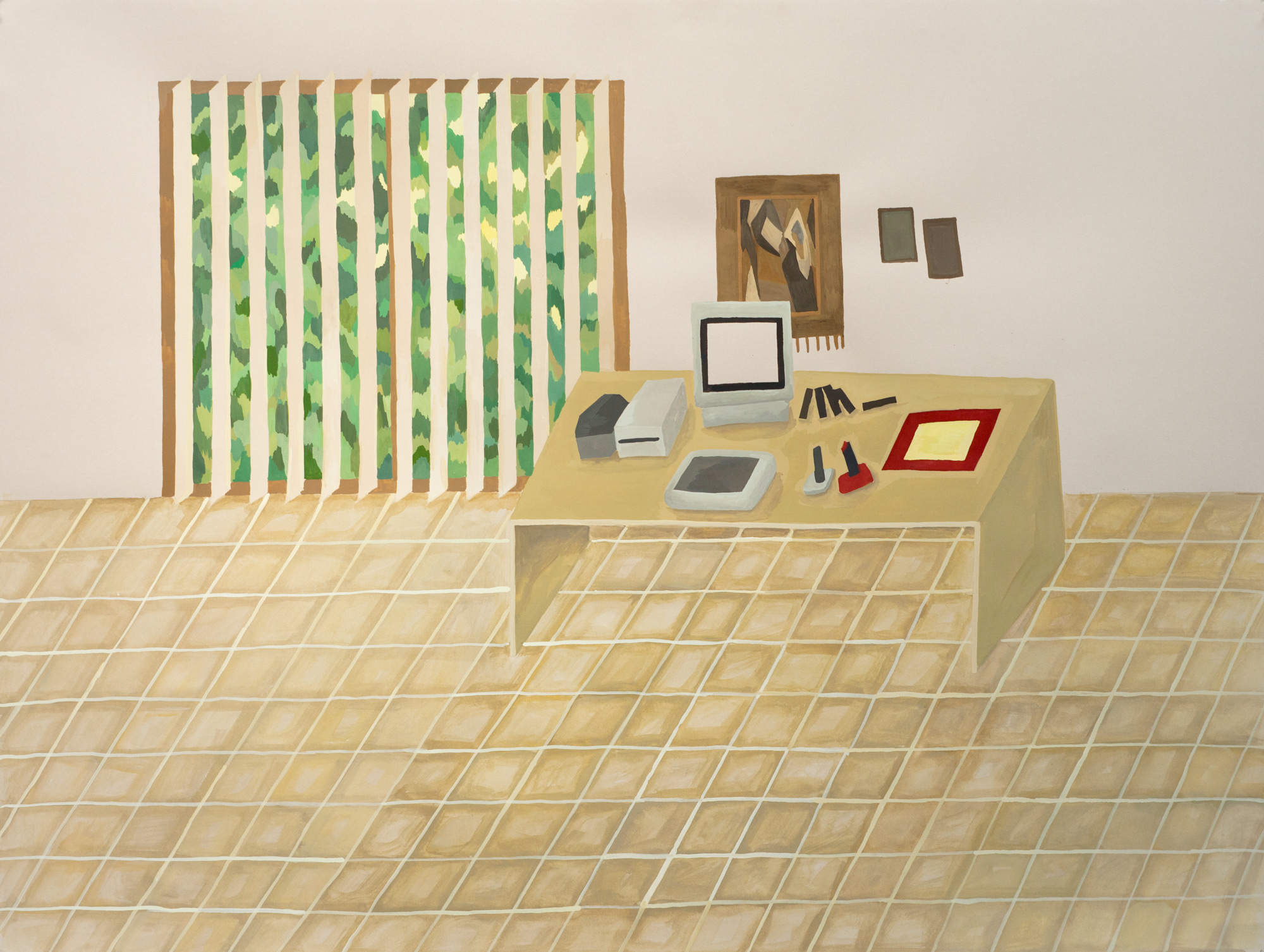 The series Computer Paintings is Brueckner’s endeavour to paint her childhood computers from memory. While painting, the artists realized that she was unconsciously using the style of late 80’s computer games—the strange use of perspective, unusual attention to details like vents, almost pixelated abstraction of views from the windows. Through this process the artist became aware that her intense relationship with technology shapes how she perceives the world, how she thinks, and who she has become, beginning to question where the computer ends and where she begins. She realized she was a cyborg.