A caddy for electronic tubes harks back to when TVs were too cumbersome to be repaired off-site, so technicians carried the tubes on house calls. Then, as now, learning with the most current technology available was essential to the college's mission.

“There have been many attempts to place on the record the history of this unusual institution, but such records as exist are scattered and incomplete,” wrote George H. Parkes, the first director of Williamsport Technical Institute. He would be heartened to know that his words are part of a treasure trove of objects, photos and papers that have been cataloged in the archives of that “unusual institution’s” successor and, collectively, help to tell the story of the institution and those who have dwelled in its halls.

For the past 20 years, those archives – on the third floor of Pennsylvania College of Technology’s Madigan Library – have been studied, cataloged and preserved by Patricia A. Scott, who retired in June as an associate professor, the librarian for the college’s School of Sciences, Humanities & Visual Communications, and the college archivist.

Scott is a 1971 graduate of Williamsport Area Community College, holds Bachelor of Arts (1976) and Master of Arts (1986) degrees from Penn State, and earned a master’s in library science from Clarion University in 1994. She worked in libraries at Penn State and Bucknell prior to her Penn College employment.

Before retiring, Scott shared a few of her favorite archives finds. If you know more about these pieces, please call 570-320-2400, ext. 7110, or email magazine@pct.edu.

More than 50 essays by George H. Parkes, the first director of Williamsport Technical Institute, describe his time at WTI. Some have great titles like “The Panama Episode,” “The Case of the Truncated Man” and “A Humorous Incident.”

“They give details about college history found nowhere else,” Scott says.

In one essay, the plain-speaking Parkes describes the college’s first automotive lab beneath the football field’s bleachers, years after the program had moved to a better home:

“This place served us well, although we almost froze to death in the winter. In this crude area, we explored our real needs, and made plans and plans. We knew we would have a better shop someday.”

Later in the piece, he uses the same frankness to describe himself: “This writer has gained the reputation of being a stubborn, uncompromising troublemaker. It’s an unescapable penalty for the privilege of serving the public.”

A color rendering of the Hager Lifelong Education Center’s “loop” previews a now-familiar vantage from West Third Street. In those days, school buses brought area high school students to the college for their career and technical education classwork.

Among faculty members whose papers have been donated to the college are the late James E. Logue, a member of the college’s English faculty, whose three boxfuls of material in the archives include wine labels, a July 1956 script from his internship on “The Ernie Kovacs Show,” and a 1950s letter that young “Jimmy Logue” received from the Captain Marvel Club. “People keep what’s important to them,” Scott says. “And it is through those items that we connect the past to the present.”

The archives includes a rendering for a “Proposed Vocational School Building” for the Williamsport School District. The rendering is credited to W.D. Shollenberger, registered architect, of the city, who left a clue to its era in the style of the vehicle he illustrated. The drawing was provided to the archives by late administrator William Homisak.

Hand-drawn technical illustrations include a massive steam boiler brought down to size in a student’s meticulous ink work. The pieces were donated to the archives by retiree Patrick Murphy, an associate professor of advertising art who received Master Teacher honors in 1989. The work of technical illustrators was used in service manuals, textbooks and parts catalogs. 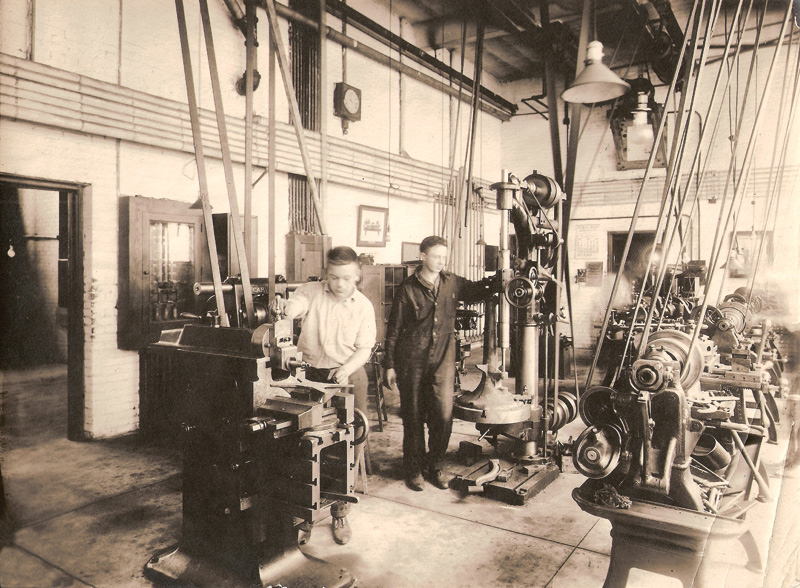 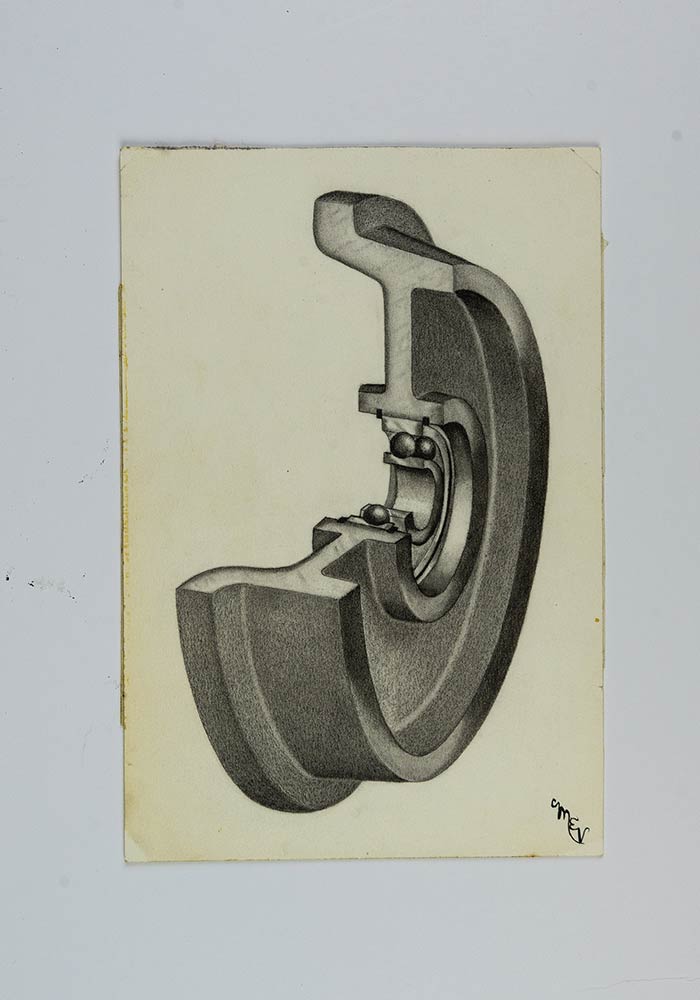 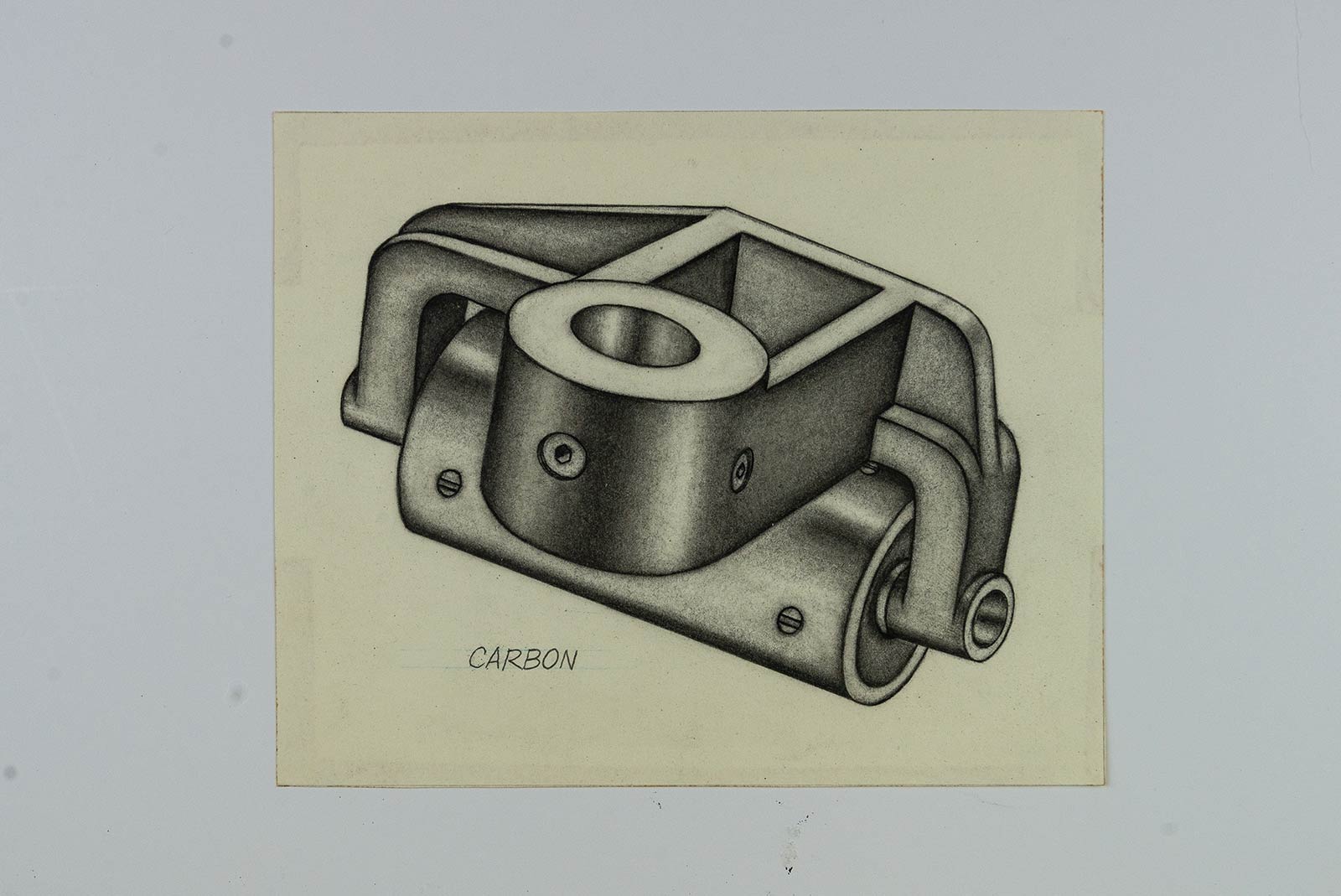 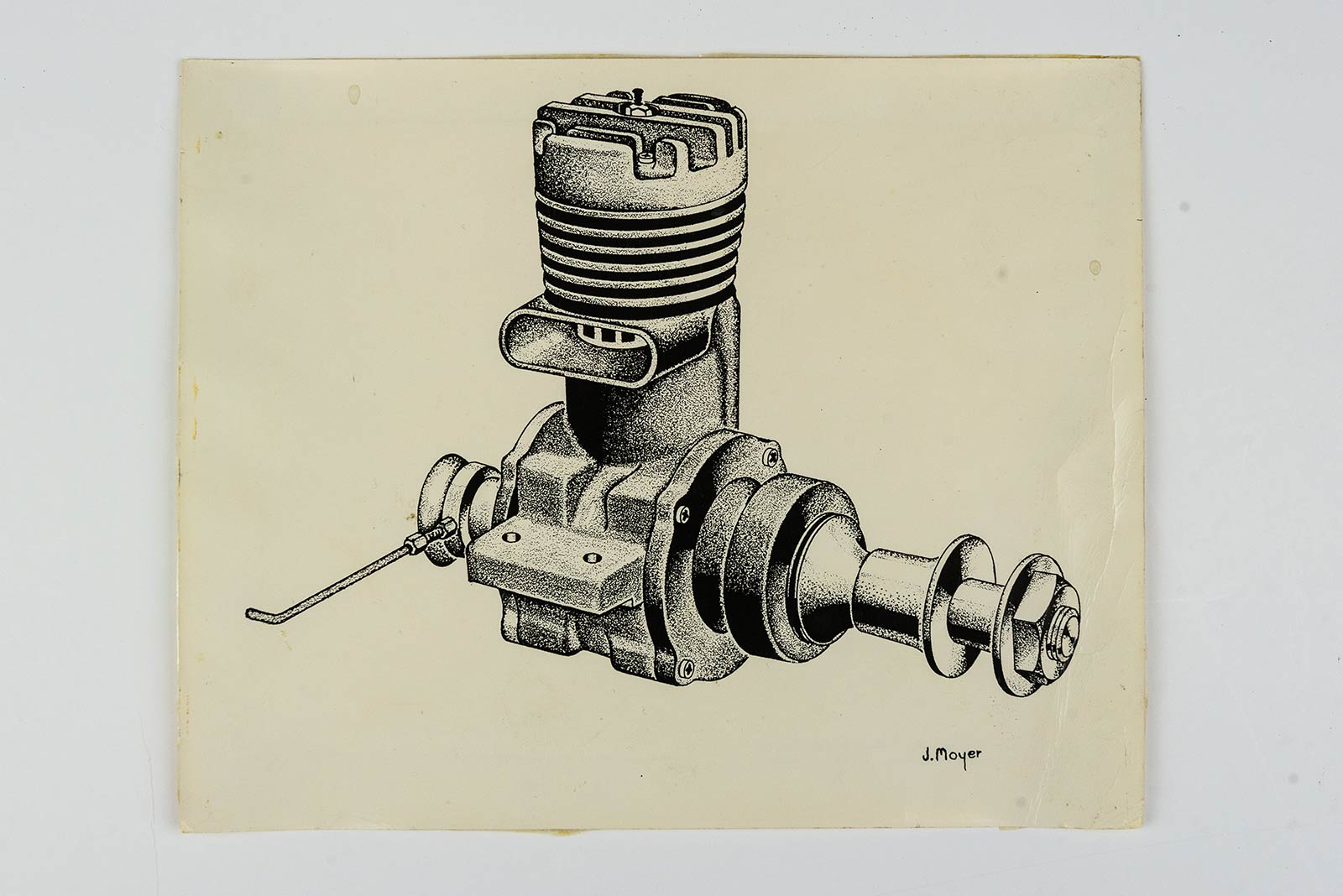 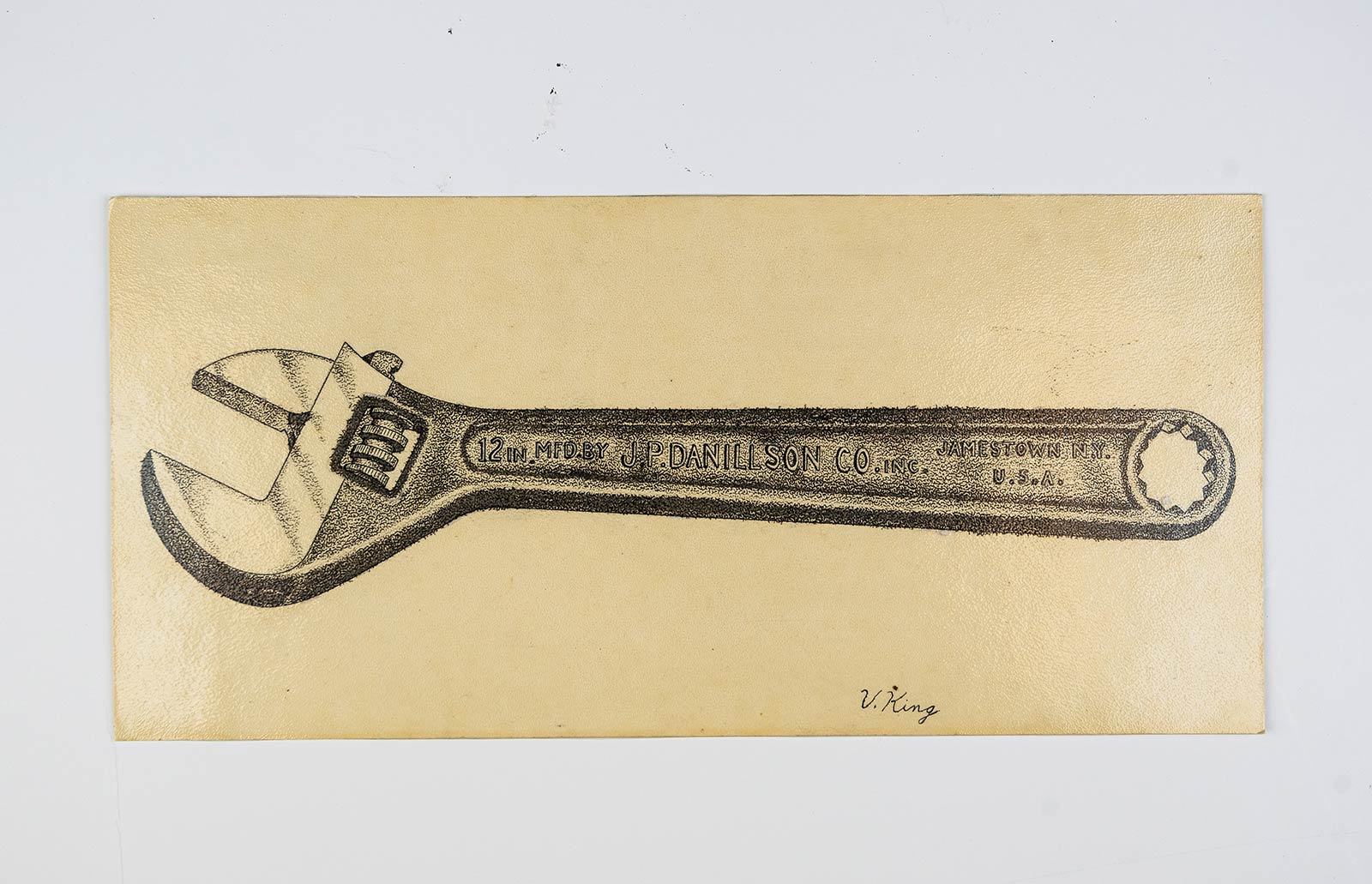 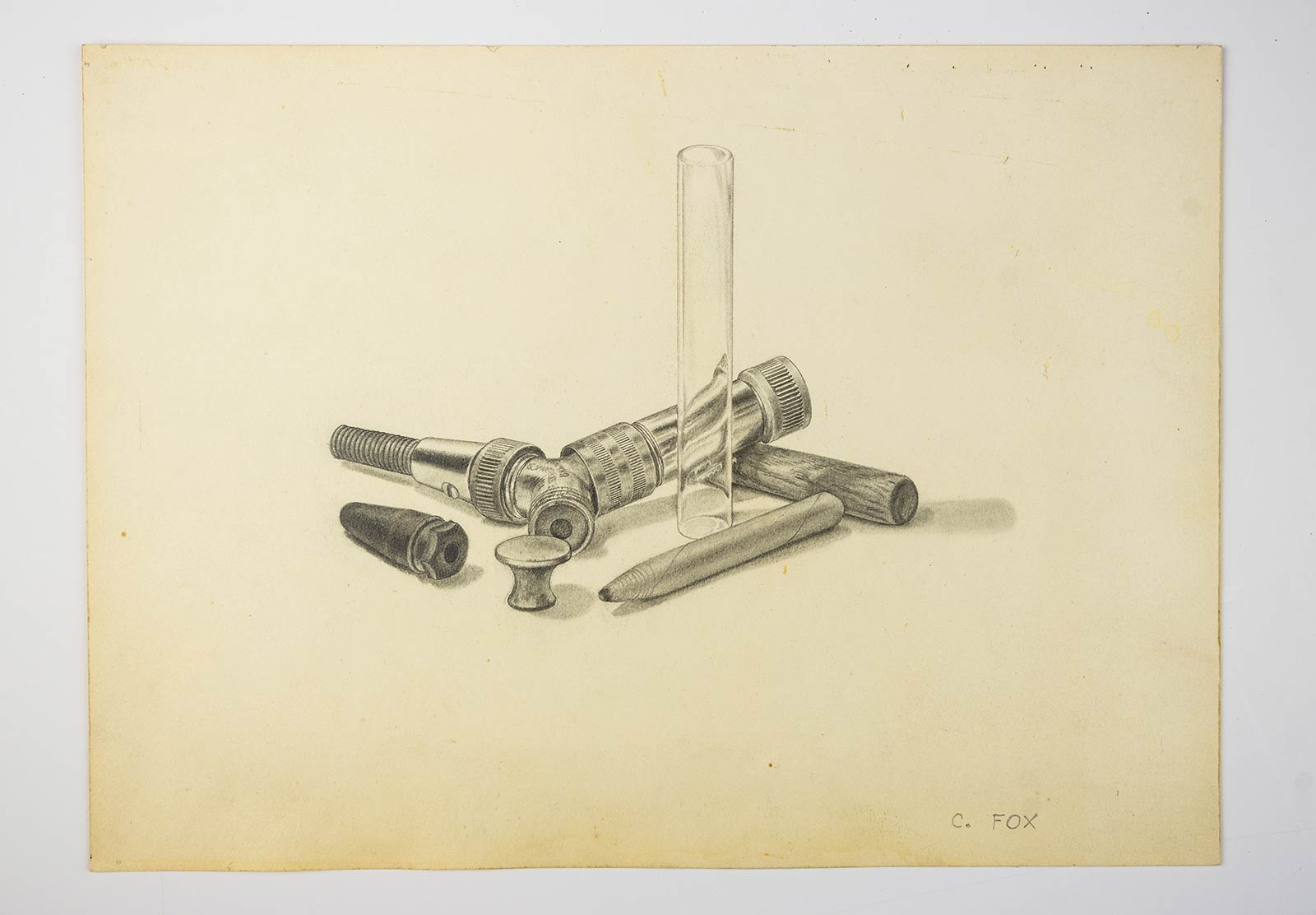 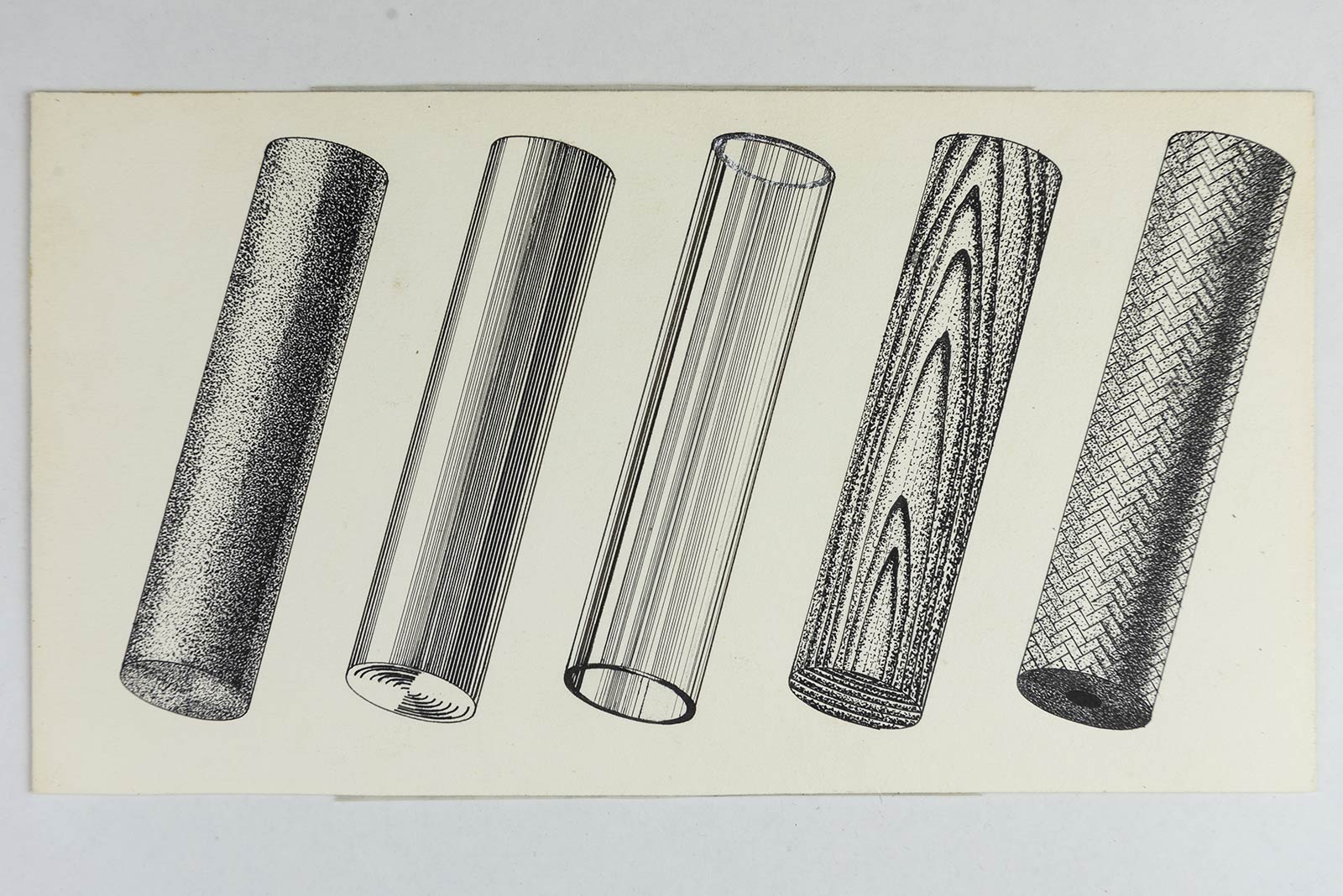 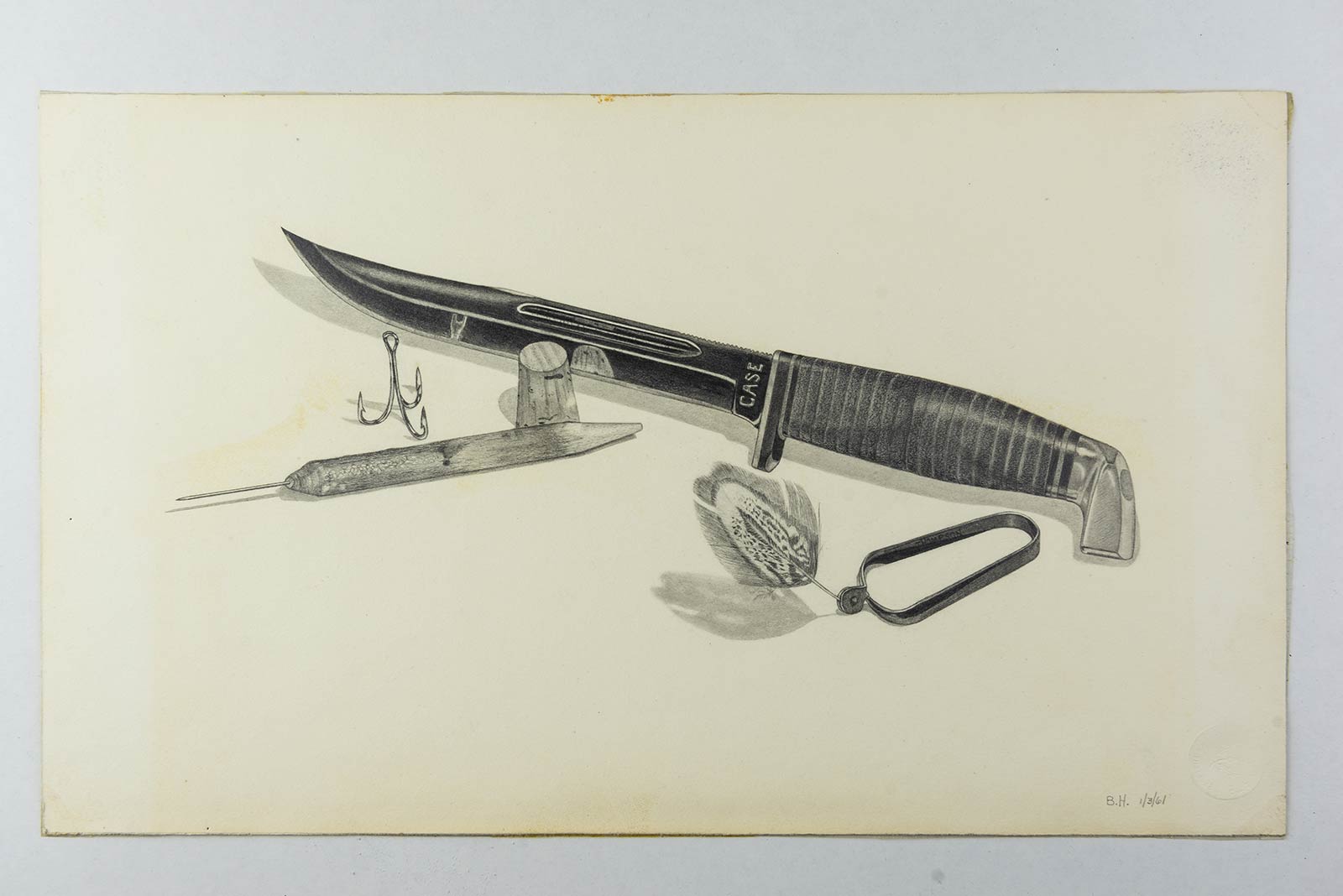 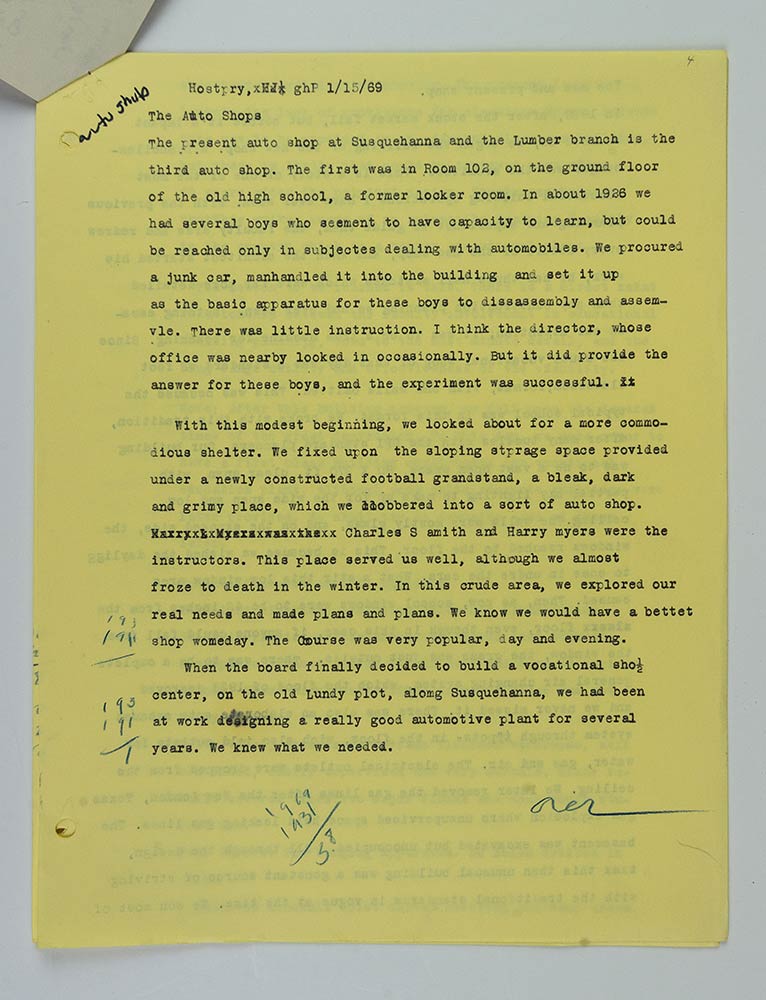 1969 essay by George H. Parkes, the first director of Williamsport Technical Institute, details the history of the college's first three automotive labs. (The fourth and current shop, opened in 1970, is named for Parkes.) 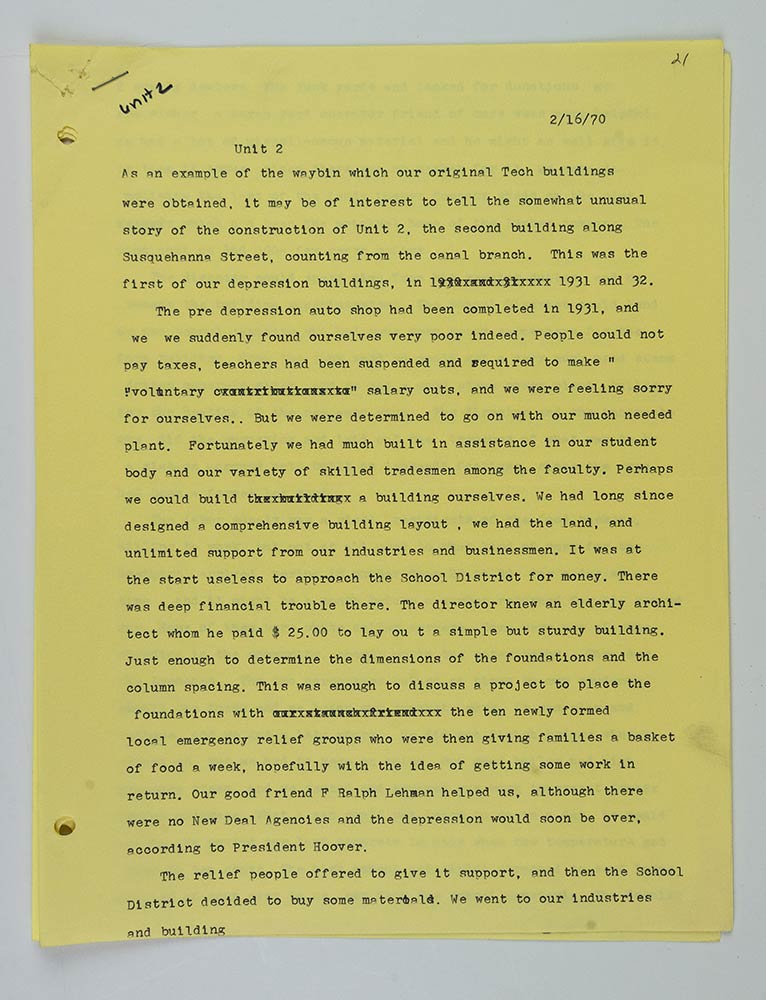 Essay by WTI's first director, George H. Parkes, details the successful efforts to construct a much-needed shop building during the Depression, when "we suddenly found ourselves very poor indeed."