The work of Veronica M. Muzic (1936-2019) impacted generations of students – and will influence many more

Campus lore has it that, while leading a tour through a hallway gantlet of classroom bustle, Veronica M. Muzic heard a student ask his instructor, “Does spelling count?” The then-provost (and former English instructor) broke stride only long enough to peek into the doorway and pronounce, “It most certainly does,” before rejoining her group.

That far-from-apocryphal story sums up two of the principles that guided Muzic throughout 40-plus years at Williamsport Area Community College and Pennsylvania College of Technology: an unblinking focus on academics and an unyielding attention to students.

The unified theme resonated during her time at WACC and Penn College and, after her June 18 death, at a communal celebration of a life collaboratively and colorfully lived. She was, in fact, larger than life, confidently holding court (and holding her own) in any environment where honest disagreement was resolved by solicitous discussion.

Muzic’s institutional contributions were as ranging as the positions she held – from faculty member to provost – and could fill every page of this magazine.

“Veronica was an essential piece of the fabric of our college, and she will be forever missed,” President Davie Jane Gilmour said of her longtime co-worker and mentor, who typically gave credit to others when occasion turned to accolade.

Many of the threads woven through that history long predate today’s students, who nonetheless are beneficiaries of challenges Muzic accepted and battles she won.

During the transition from Williamsport Technical Institute to WACC, for instance, she inexhaustibly championed the infusion of academics into the college’s industrial focus to produce well-rounded citizens as well as employable graduates – a philosophy that ultimately laid the groundwork for Penn College and its addition of bachelor’s degrees.

“Some of the faculty in the trades were not especially fond of all this ‘academic stuff,’ but I was able to make a pact with a couple,” she said, after surrendering to sit-down interviews in advance of the college’s 2014 centennial. “We would share papers: I would read them as an English person, they would read them as a technical person, and we’d give two grades and then average them out, and that worked nicely.”

She helped create developmental studies, offering a lifeline to those in the grips of math or English anxiety, and shepherding the creation of a still-vital Tutoring Center.

Muzic practiced “empowerment” before it was voguish, often on behalf of specialized populations (Vietnam War veterans, displaced workers, adrift divorcees, the HIV community and prison inmates) who, lacking any sort of support system, bonded with classmates.

“I should have paid to teach that class instead of being paid to teach,” Muzic said about one such group of nontraditional students. “The quality of the work, the respect for one another, the ease with which they worked together without any self-consciousness, their willingness to take direction and advice as people were responding to their work. Amazing students.”

A 1,000-word encapsulation is incomplete by nature, and would be more so without mentioning Muzic’s advocacy for women.

Her college career is bookended by two programs that have enriched and transformed generations: the Women’s Series and SMART Girls.

One brought a top-notch parade of prominent authors to campus in the 1980s, their work integrated into the instructional curriculum; the other sidestepped stereotypical hurdles to remind young women that they, indeed, can excel in math- and science-related careers.

The Women’s Series blossomed from a peer group of adult female students into an impressive lineup of campus lecturers: Pulitzer Prize winners Alice Walker, author of “The Color Purple,” and playwright Marsha Norman (“’night, Mother”); and poets Maya Angelou and Nikki Giovanni. Aided by Student Activities’ JoAnn Fremiotti, who Muzic said was “very good at finding money and grant-writing,” the series was a town-and-gown boon.

“I mean, what they had the opportunity to hear and meet was incredible. And the variety was equally incredible, what they brought to the campus and what they did for the campus,” she said. “We had buses coming from State College; we had Bucknell students bused up. We had the community here. ... Literally, we packed the (Klump Academic Center) auditorium. Now, granted, when I say we packed the auditorium, what – that’s 521 seats? But not bad for Williamsport and a technically focused institution. Yeah, not bad at all!”

SMART (Science and Math Applications in Real-World Technologies) Girls was no less inspiring.

“Veronica was an essential piece of the fabric of our college.”

Begun in 2001, the program exposed seventh and eighth graders to a sprawling canvas of opportunity – from dental hygiene to plastics to heavy equipment operation.

“I’ll never forget, they got into that slimy pond at (the Schneebeli) Earth Science (Center) without any consideration for what they were going to look like,” she said. “They were so absolutely open to anything. They didn’t gripe. They didn’t complain, and we ran them ragged.”

The program later expanded to include a residential summer program for high school girls.

For every student whom Muzic impacted – directly or indirectly; then, now or tomorrow – there are dozens of “Veronica stories.” Many were shared during midsummer’s campus remembrance by Marcianne Muzic Laycock, one of her two daughters; niece Lisa Halberstadt, who read an Angelou poem; Gilmour; and former colleague Lynn Hanson, now a professor at Francis Marion University.

As the president noted upon Muzic’s in-name-only retirement in May 2006, “Veronica’s influence is in the air we breathe on this campus; that will never change.”

She would no doubt wince at all of the sentiment and acclaim, believing herself unworthy.

The college’s first recipient of the Master Teacher Award that now bears her name, an honor she humbly characterized as “unnecessary and uncomfortable,” Muzic especially squirmed at the mention of legacy.

But it is a legacy, all the same, on campus and in the greater community, where a passionate patron nurtured education, culture and the arts through her service to such organizations as the YWCA of Northcentral Pennsylvania, the Williamsport Symphony Orchestra and the Community Arts Center.

Muzic, who, even after her retirement, proofread every edition of this magazine on its way to the printer, quite possibly would have highlighted for deletion anything that she deemed too laudatory or sentimental. With no apology for turning the light in her direction, she nonetheless gets the last word.

“My memory as faculty will always be my colleagues and my students,” she admitted – but only when pressed. “That’s what I remember best.” 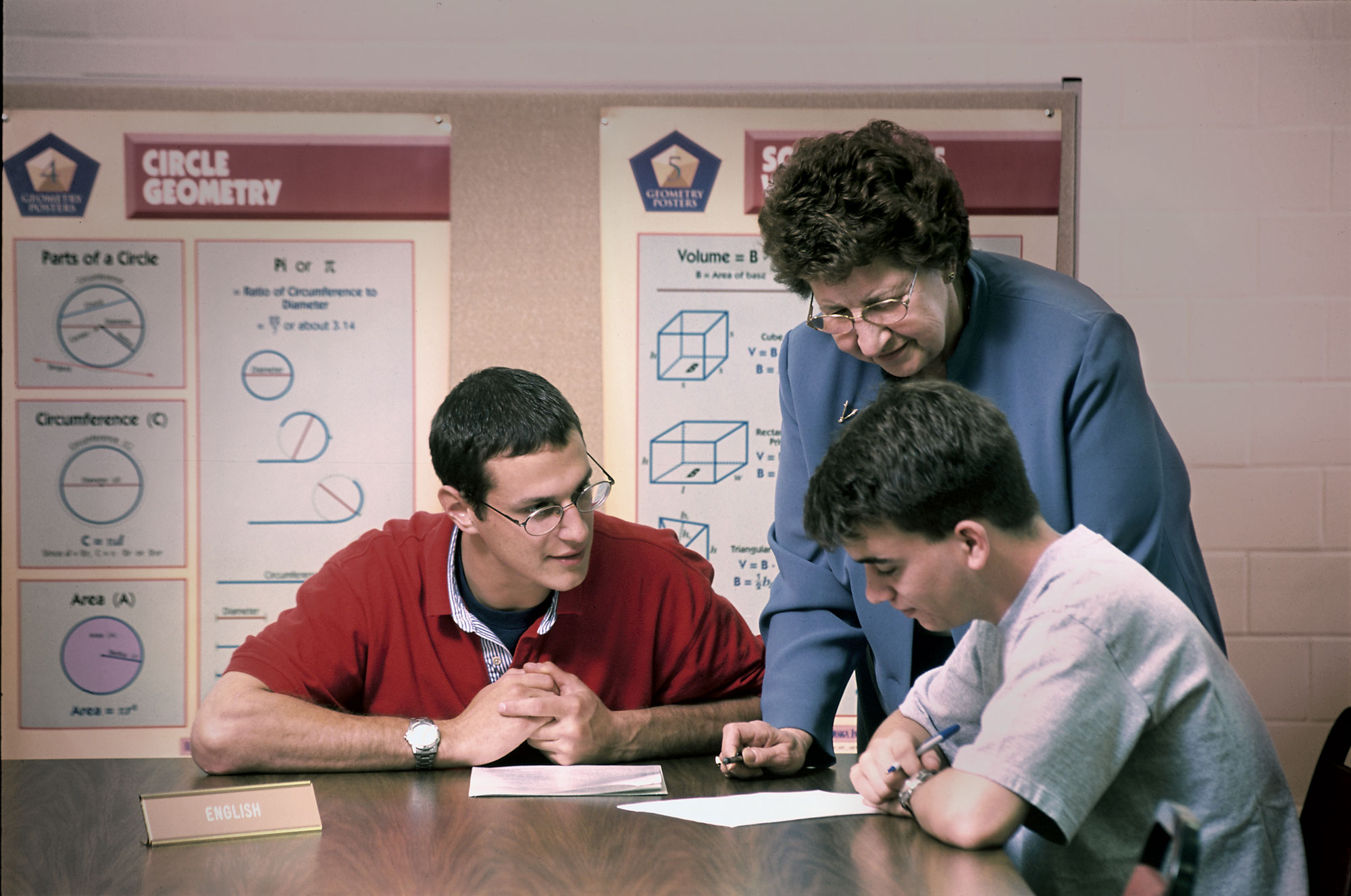 Muzic looks over the work of students in the Tutoring Center. The photo accompanied a story in the Winter 2001-02 One College Avenue (the predecessor of Penn College Magazine) that was written by Muzic and told the history of academic support services. Muzic was assigned the lead role in establishing those services at the college in the 1970s. 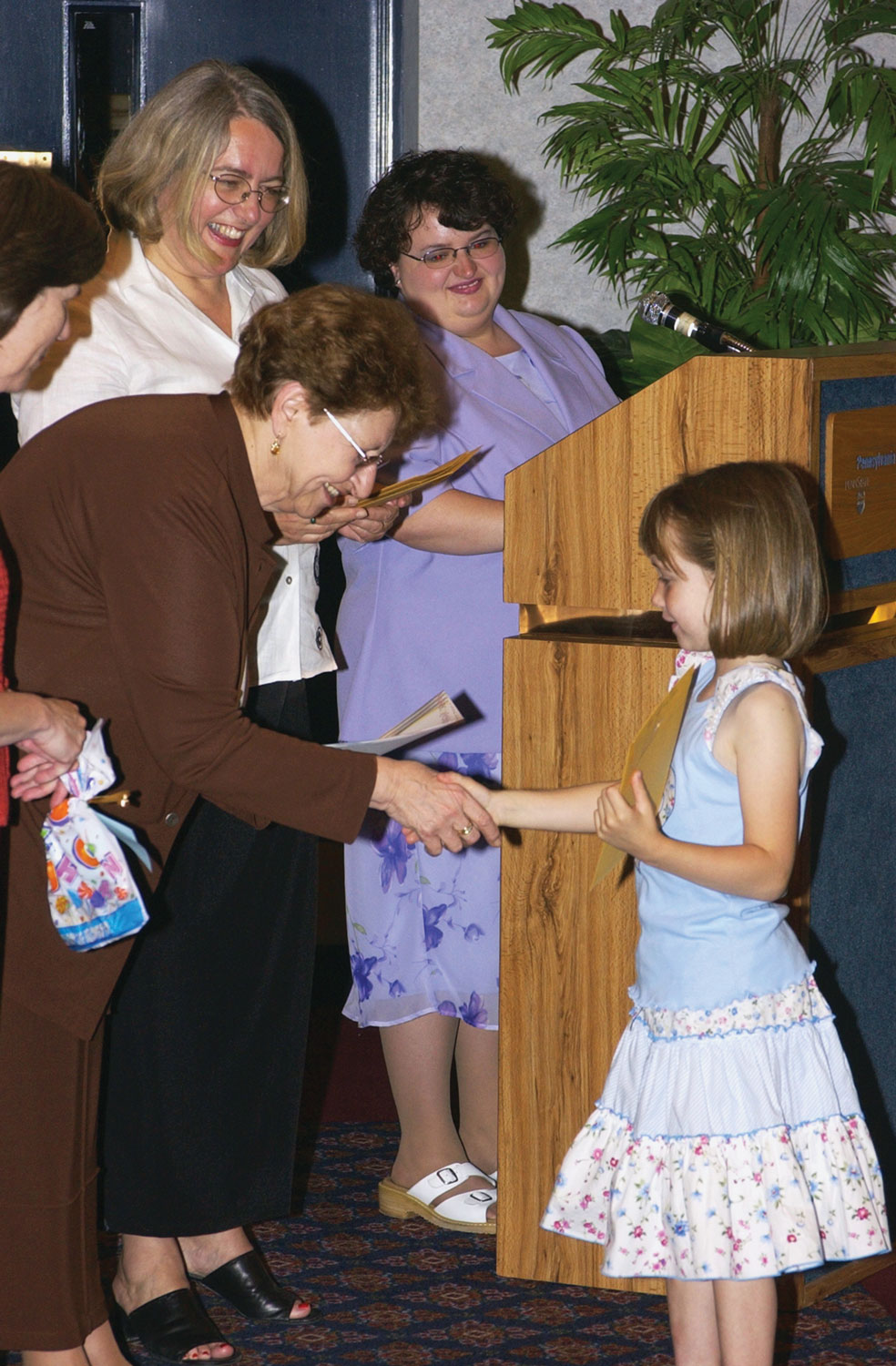 A new “graduate” of the college’s Dunham Children’s Learning Center receives her certificate from Muzic, then vice president for academic affairs/provost. 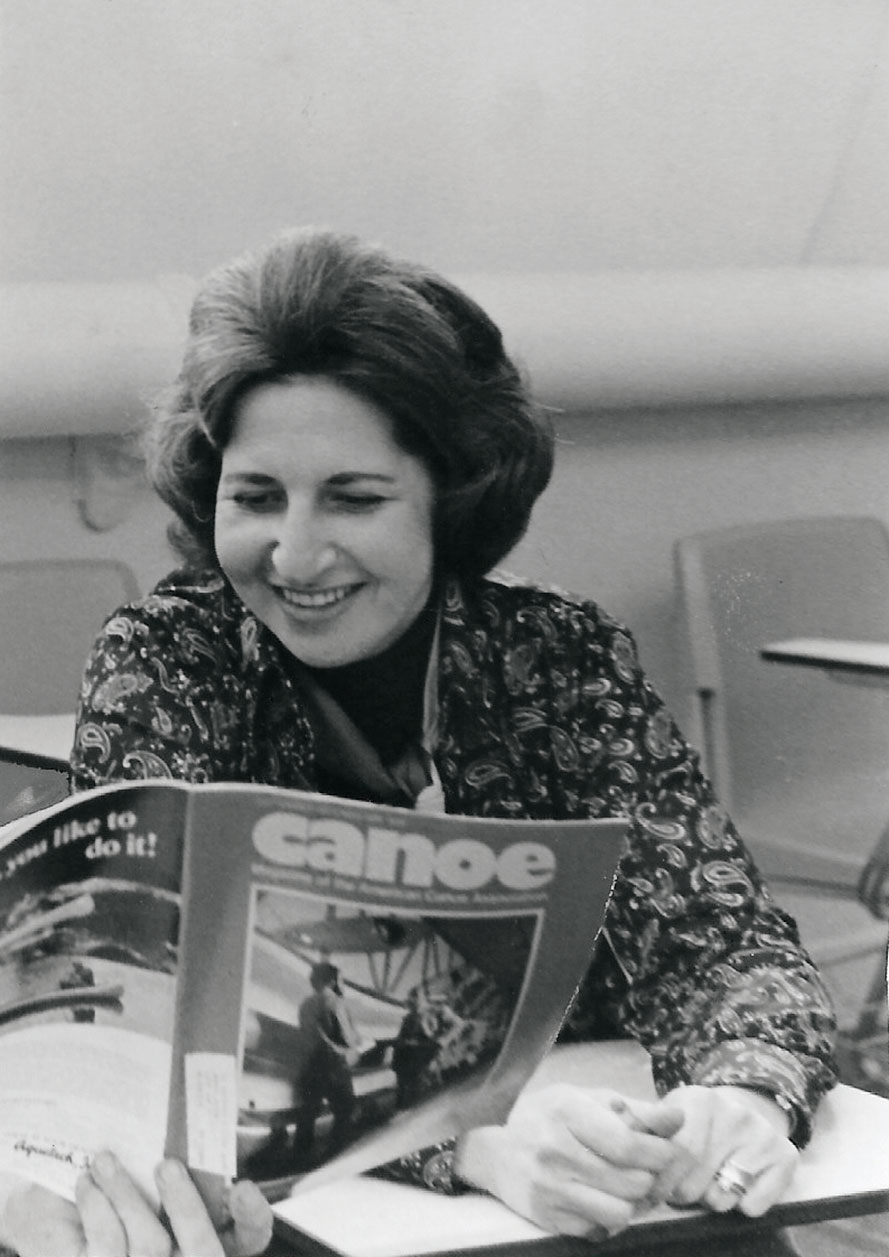