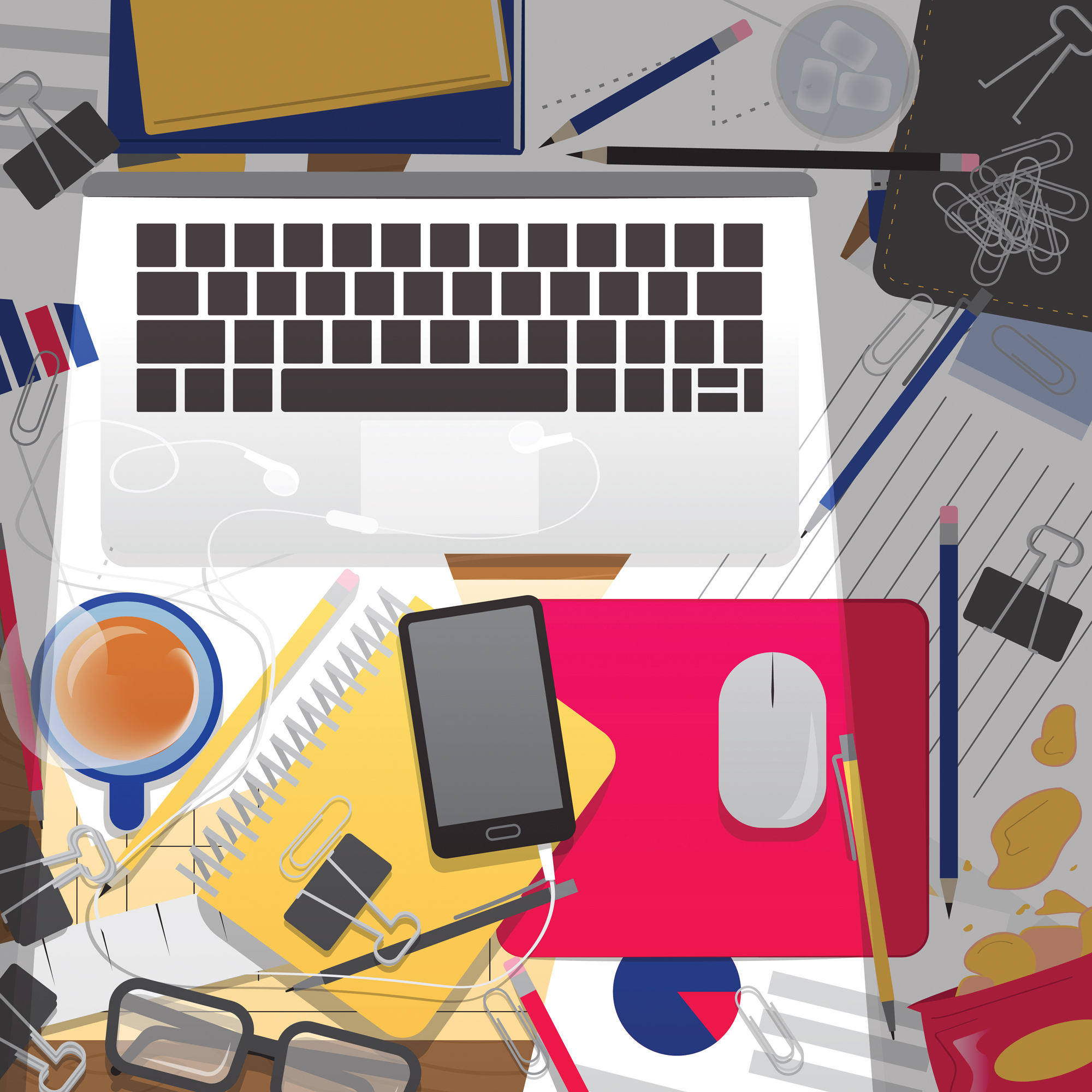 Find the USB stick in the makeshift home office.

Members of the Penn College Family across the globe used their skills in a variety of ways to help others during the global pandemic, including graphic design alumna Eliza R. Whyman, ’17, a designer at MediaCom in Manchester, England.

She and her MediaCom teammates produced the colorful creations for their client Plumbs, a 60-year-old reupholstery company in the United Kingdom.

They were so popular, they were republished by large media outlets across the U.K. and in the Netherlands, Spain, Australia, Malaysia and Singapore.

“I was surprised it reached so far. … I was glad to see so many people having fun and engaging with my work,” she said.

A dual citizen of the U.K. and U.S., Whyman relocated to England shortly after graduating from Penn College and landed a job at MediaCom within a month. Whyman says her Penn College education “thoroughly prepared” her for a successful and rewarding career in the demanding graphic design profession.

“I like being a graphic designer because of how I can be creative and feel confident in my work, knowing I’ve followed the rules of design. It’s defined and ordered creativity,” she said.  ■