Inside the Lycoming Engines Metal Trades Center is a state-of-the-art welding laboratory where bachelor- and associate-degree and certificate graduates are educated to fill in-demand positions.

For nearly a century, Lycoming Engines has helped to provide hands-on education to students of Pennsylvania College of Technology and its predecessors.

Lycoming’s piston aircraft engines power more than half the world’s general aviation fleet. The manufacturer competes globally from a single base of operations in Williamsport, with a skilled workforce that includes many Penn College graduates.

In fact, more than a quarter of the company’s 400-plus employees are graduates of Penn College or one of its predecessors.

“Penn College is a strategic resource for companies like ours to remain competitive in the global marketplace,” said Michael Kraft, senior vice president and general manager of Lycoming Engines. 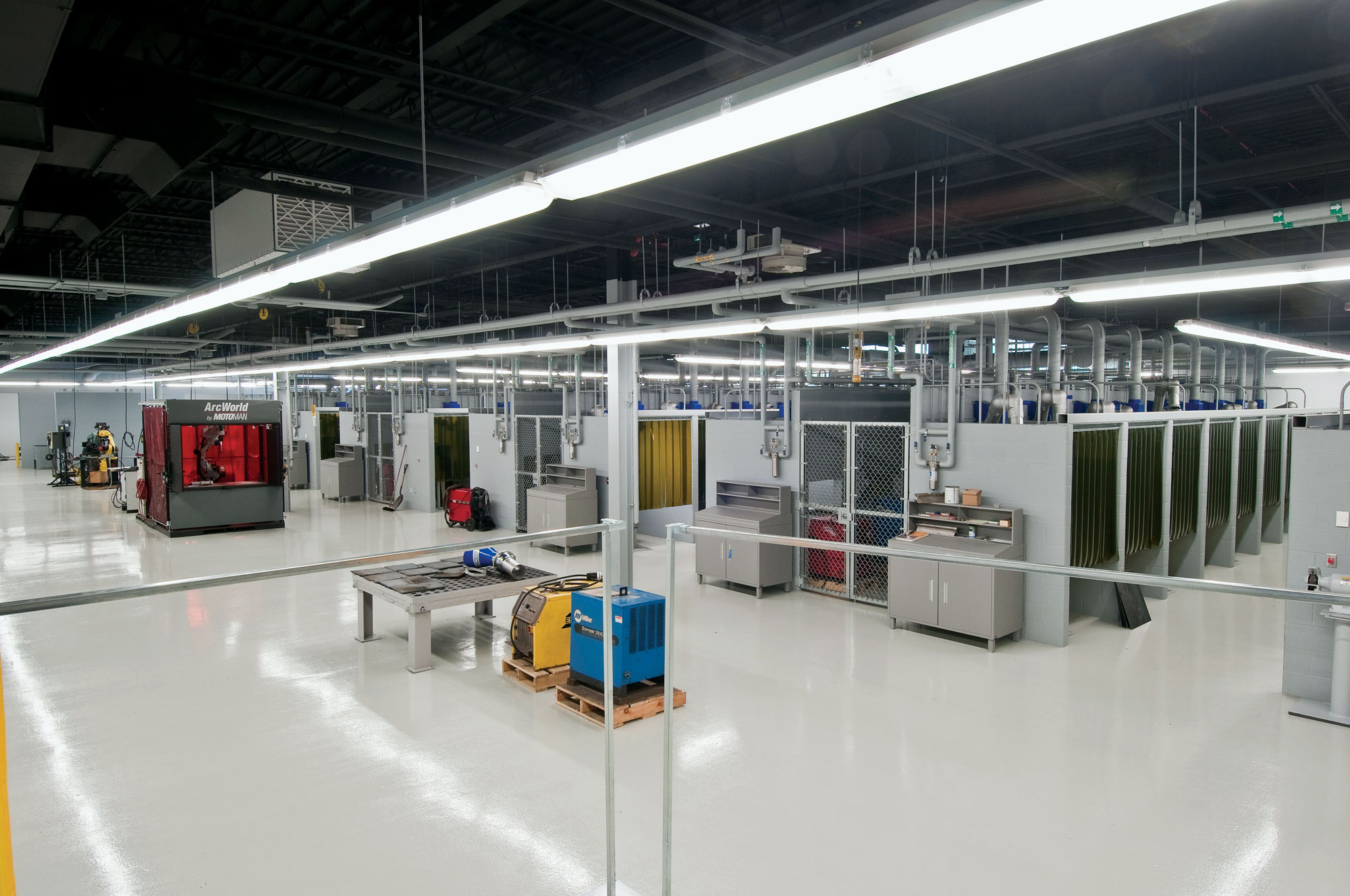 Support from industry partners like Lycoming Engines has been equally important to the college in preparing real-world-ready graduates. The company funds three scholarships. It donates equipment to academic programs – including a donation of 15 piston engines valued at $317,500 in June – and tools to the college’s SAE Baja off-road race team. It frequently hosts student tours, and its employees serve on several program advisory committees, helping to ensure that the college’s curriculum meets tomorrow’s workforce needs.

Since 1996, the ctollege has been designated the authorized training center for the hands-on Lycoming Piston Engine Service School.

In 2017-18, the college conducted 18 training events and four Road Service Schools in Switzerland, Ecuador, Spain and the United Kingdom.

“That relationship has afforded us the ability to bring people from all over the world to campus,” said Shannon M. Munro, the college’s vice president for workforce development. “In addition, our instructor has been able to travel to other countries representing both Lycoming Engines and Penn College.”

A history that changed lives

The company’s relationship with the college dates to when the industrial education coursework that would become Penn College was part of a Williamsport High School vocational education program. Students gained hands-on experience in local industry, including at the company then known as the Lycoming Division of Aviation Corp., or Avco-Lycoming.

Later in the decade, war preparation helped put Americans back to work after the Great Depression. By 1940, to meet the training needs of local companies like Lycoming, classes were in session 24 hours a day. More than 5,000 students were enrolled in the high school’s training programs.

When the college offered its first computer courses to the business sector in 1984 in the Hager Lifelong Education Center, 20 Lycoming employees were the first to enroll. The company had contributed funds to help build the center.

The Williamsport-born institutions have been partners in preparing generations to take on the world’s challenges. In the 1930s and ’40s, tomorrow makers did their part to fight a world war. For current students, tomorrow is waiting. 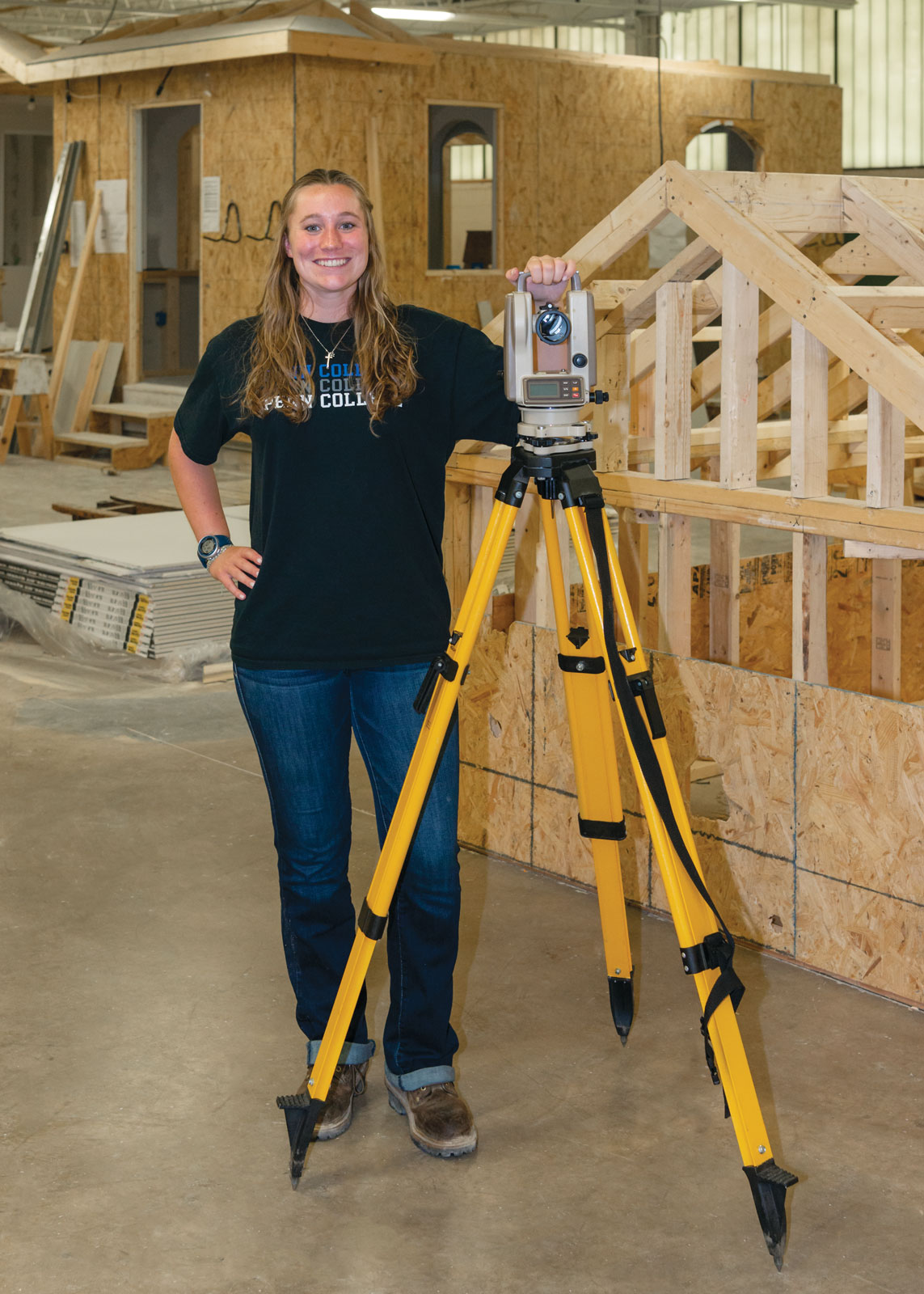 “Witnessing a high school girl’s face light up when her nail finally made it straight into a 2×4 and pronouncing, ‘I did it!’ was amazing,” Herr said. “‘Framing Your Future’ is such a special event to me because it encourages and enlightens young girls on the opportunities in construction. More importantly, not to be intimidated but actually intrigued by the industry.”

Herr plans to graduate in May and already has several job offers. 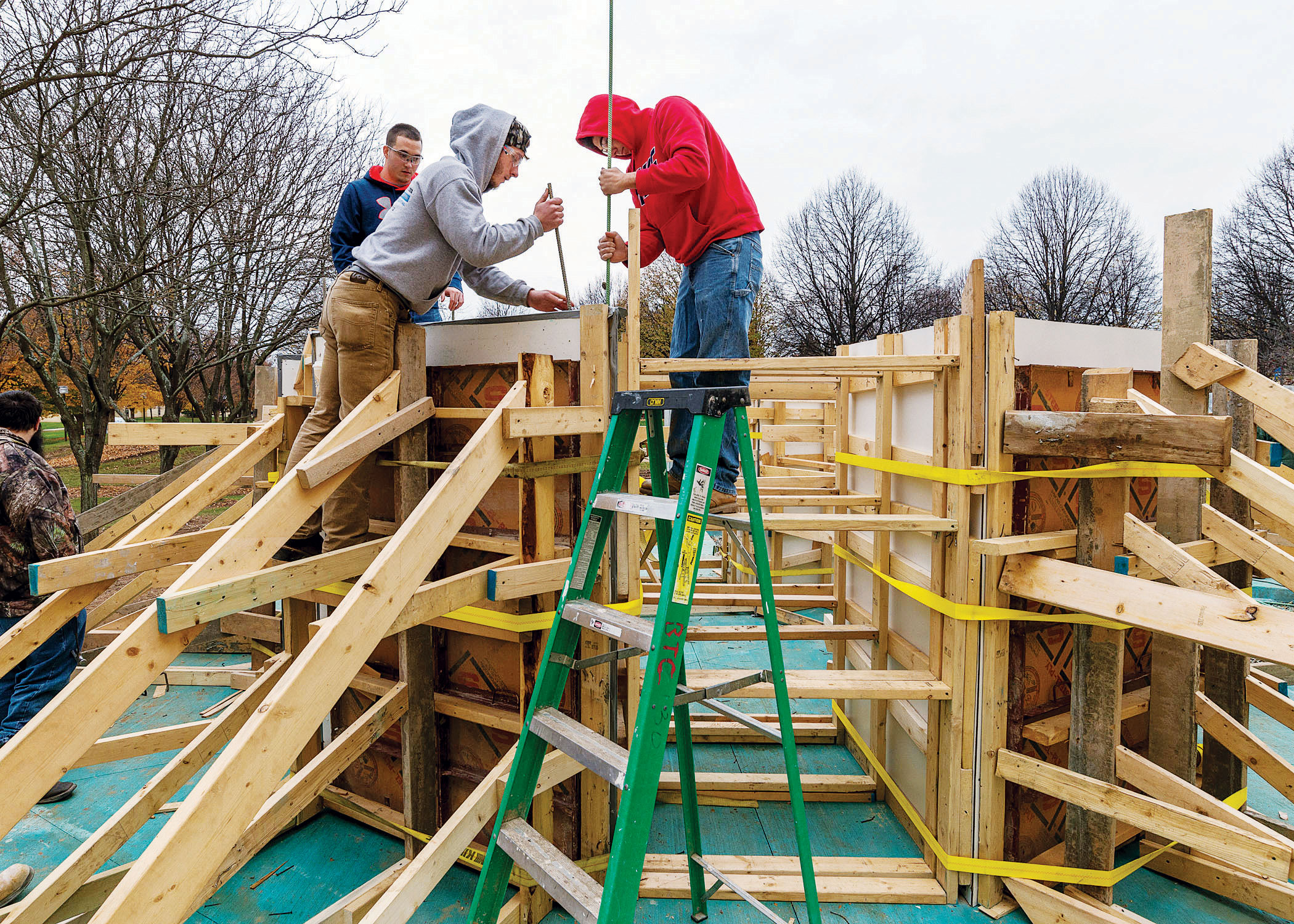 Filling the jobs of tomorrow

Contractors charged with repairing and upgrading the nation’s aging bridge and highway infrastructure are begging for specialists who understand the science of concrete.

They are not the only ones. Concrete is one of the most widely used construction materials.

Offering a mixture of science, technology and construction education, the program offers the only associate degree on the East Coast.

Industry-valued credentials, such as the American Concrete Institute and Insulated Concrete Forms certifications, are embedded in the curriculum. 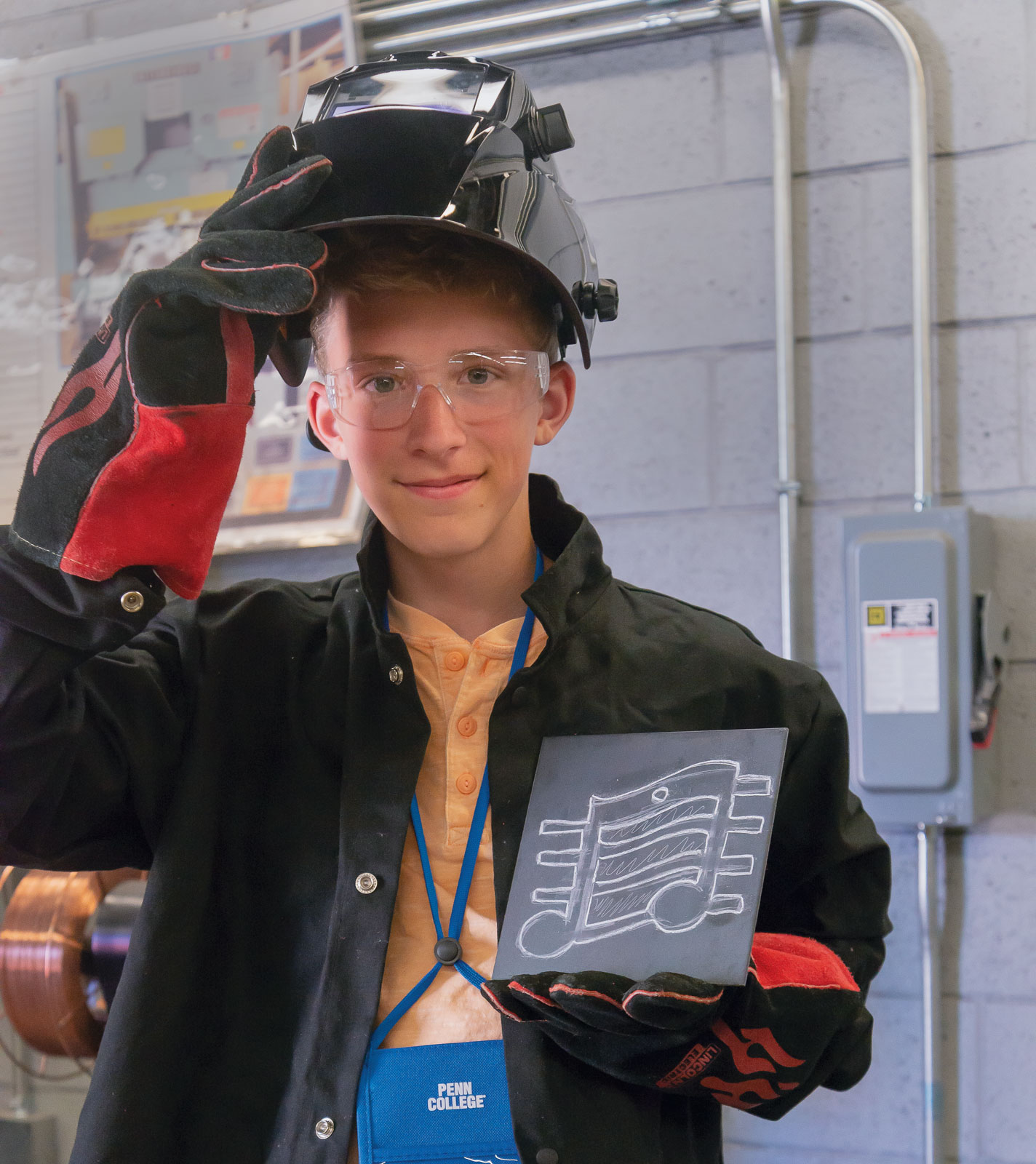