Every project starts with an idea.

Industrial design Professor Thomas E. Ask’s idea was to provide a place for students from every major to collaborate, create and bring their own ideas to life.

The faculty member’s idea became a reality when The Dr. Welch Workshop: A Makerspace at Penn College, opened in the Carl Building Technologies Center in August. Designed by students in the architectural technology major, it houses a “clean space” (named The Gilmour Tinkertorium) and a “dirty space” (named The Logue Fabritorium). 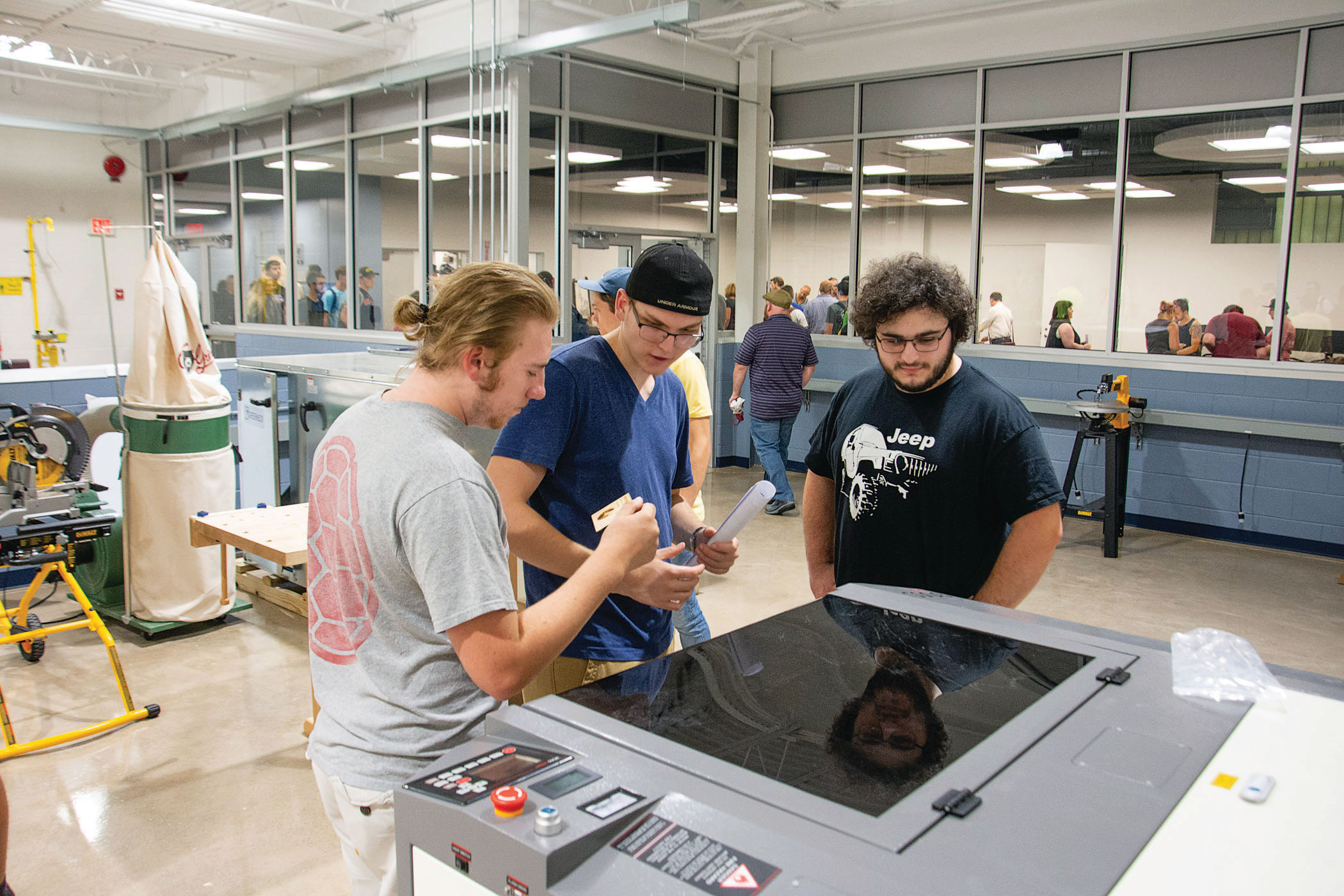 “The equipment was the most important part,” said John A. Gondy, a student in residential construction technology and management: architectural technology concentration. “We designed the space for enough equipment to work any material, program or project. … It can lend to any of our various degrees.”

Gondy was one of 10 students in the Spring 2017 session of Architectural Design Studio III who developed designs for the space. The course was taught by Rob A. Wozniak, associate professor of architectural technology. A committee selected three students’ designs and asked them to combine them into one.

“My vision was to bring students from different majors together and help them learn,” said Christopher D. Fox, who was chosen along with Gondy and Thomas P. Abernatha. Fox and Abernatha earned associate degrees in architectural technology in 2017.

“With the many students from various majors who will use this makerspace, it is hoped that they take the opportunity to collaborate with others. To create. To explore. To learn about the tools that they may otherwise never have been able to have access to. To try another way of doing something. To invent – and maybe even patent – something new,” Wozniak said. “And as a result, Penn College, the community and the world will benefit.”

The Dr. Welch Workshop: A Makerspace at Penn College memorializes Dr. Marshall Welch Jr., a local orthodontist and longtime philanthropist who died in 2012. The Welch family, including son Marshall III, is the principal donor for the facility.

Marshall III said his father knew he wanted to be a dentist by the time he was in eighth grade.

“The students of Penn College also appear to have amazing clarity at a very young age,” he said. “They come to hone their skills in dozens of majors across a dizzying amount of fields. We hope the makerspace will add tremendous value to their futures.” 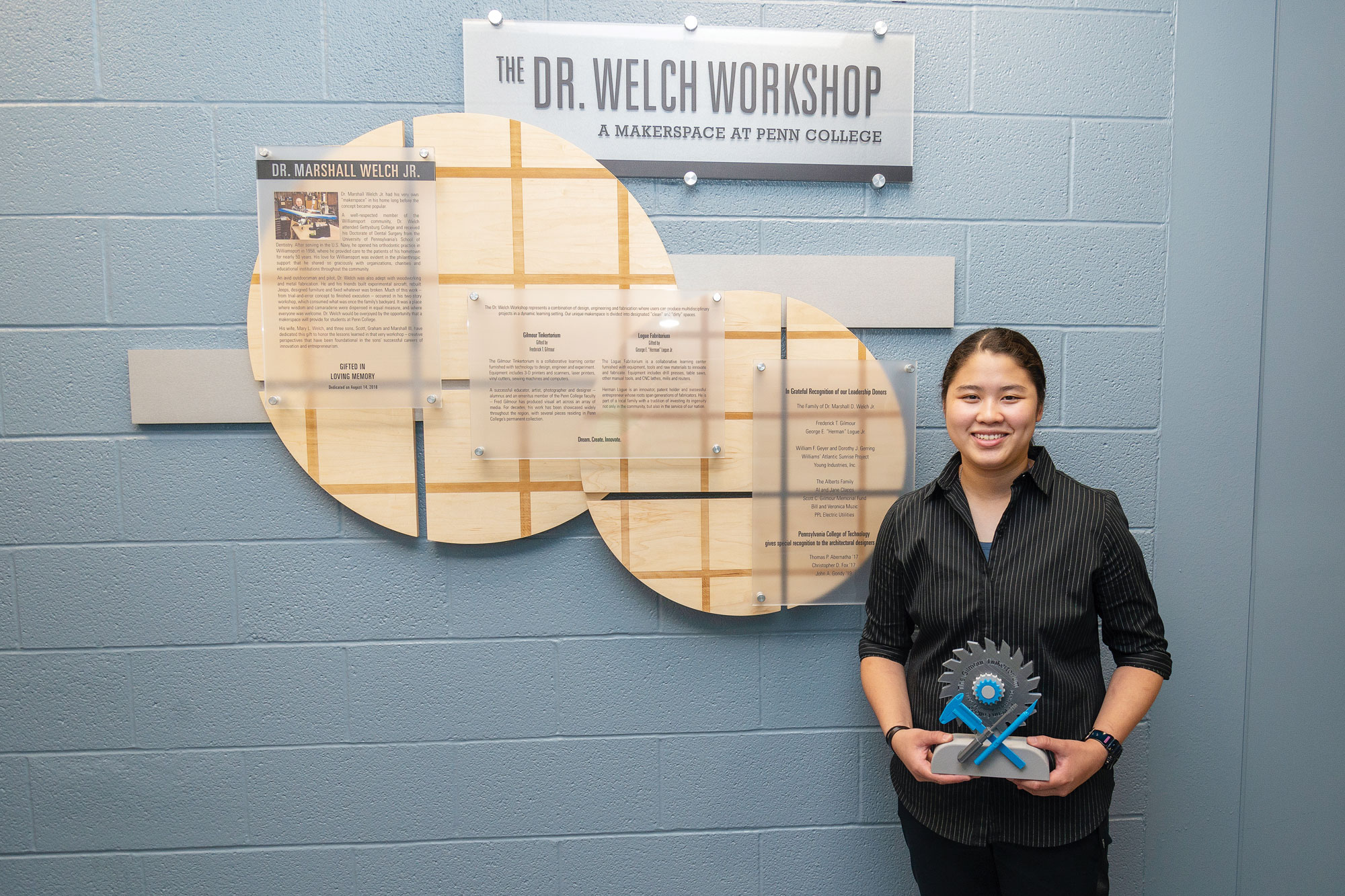 Hadden’s list of dream jobs includes designing Nerf Blasters or Legos. Or designing equipment to help train the military’s working dogs. Maybe getting involved in automotive or defense design. And working for the likes of Boeing or Lockheed Martin.

“As a designer it seems important to find a niche, but to do that you have to explore all the possibilities so you know which one is right for you,” she said. “Our new makerspace is a valuable tool to nurture all of the makers at our school.”

In high school, Hadden spent a great deal of time in the art room and was heavily involved with her school’s robotics team.

“Industrial design is a nice mix of both art and technical design,” she said, noting that she chose Penn College’s industrial design program because of the college’s strength in teaching both. “The opportunity to take courses in plastics and automotive subjects appealed to me, too.”

“My hope for tomorrow is that the maker culture continues to grow,” she said. “Makers like to create new things, as well as tinker with old things, which makes it unique.” 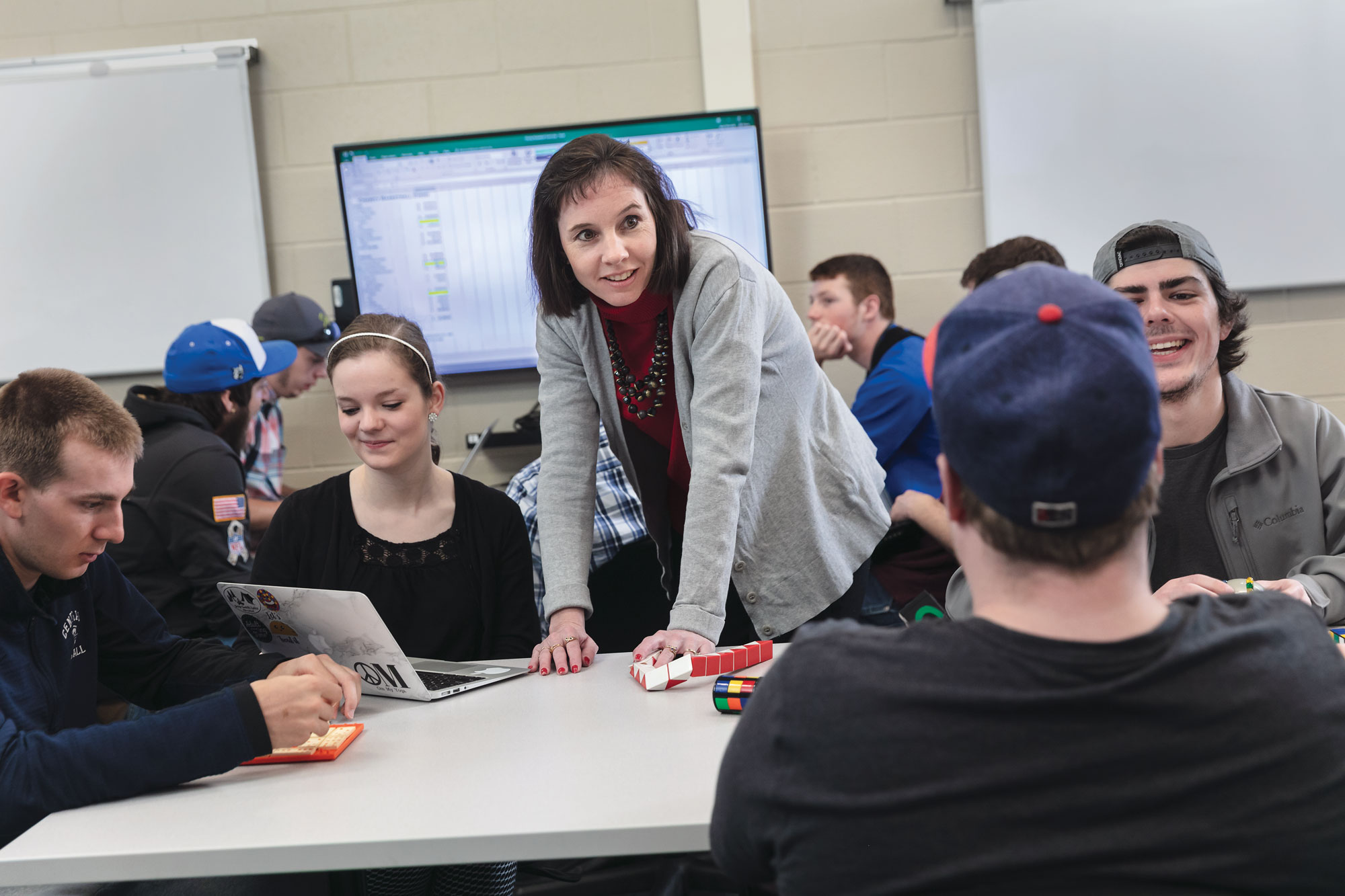 The future needs innovators. Innovation is a process that can be taught, learned and applied to any endeavor. New bachelor’s degree offerings in applied innovation and entrepreneurial innovation teach students to develop meaningfully unique ideas, write business plans, submit provisional patent applications and use sales-forecasting tools.

An innovation lab opened in the Breuder Advanced Technology & Health Sciences Center in Fall 2017. The space has small- and large-group work spaces equipped for collaboration and idea generation. Courses in innovation, marketing and information technology use the space daily.