Chet Beaver, a 25-year Army veteran and the college’s coordinator of veterans and military services, talks with a student in the Veterans and Military Resource Center.

Veterans and Military Resource Center serves as ‘base of operations’

“The transition is the hardest from military to civilian,” said Jennifer Nicholson, a radiography student and employee of the center, who says she experienced that struggle when she finished her 10 years of service in the Navy. “(Veterans) have a place that they can go that’s solely for them, where they can confide in us if they’re having issues with adjustments and transitions.”

The center is named for a 30-year Army veteran who commanded major military units and installations in the United States and overseas. Marty earned the Distinguished Service Medal, the Army’s highest peacetime award, and served two tours in Vietnam. After retiring as the Army’s chief of field artillery, he returned to his alma mater, Missouri State University, as vice president for administrative services, and he later served as Lycoming County’s director of administration. The center was made possible through a gift from his family.

The center includes a common office for Army ROTC personnel and one for the college’s coordinator of veteran and military services, Chet Beaver, a 25-year Army veteran who earned two degrees and a certificate from the college.

“We call it a base of operations for them,” Beaver said. “We have computer stations here where they can do some of their military requirements, do their homework, meet and collaborate with other veterans.”

In Fall 2017, 363 Penn College students were veterans, making up about 6 percent of the student body. Another 71 students were actively serving, and 20 were Army ROTC participants.

“We have things in common … things to talk about,” said Pennsylvania Air National Guard Staff Sgt. Gina M. Peluzzo, a civil engineering technology student. “You just like being around other people who are similar to yourself, honestly.”

“It is rare now that a school would have a person, and even better yet, a whole staff, that is totally dedicated to doing what veterans need to keep them in school,” Beaver said. 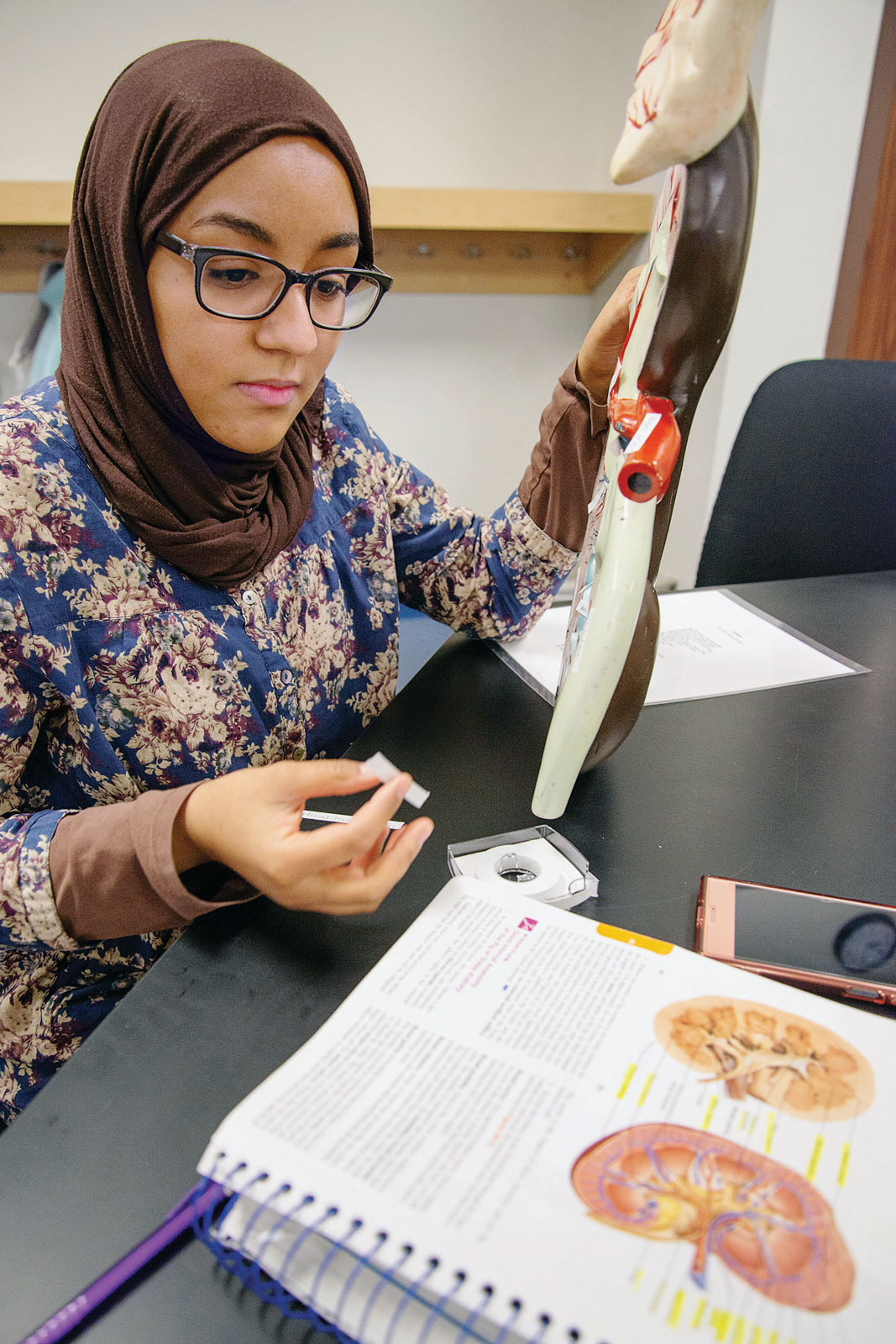 Support for all students 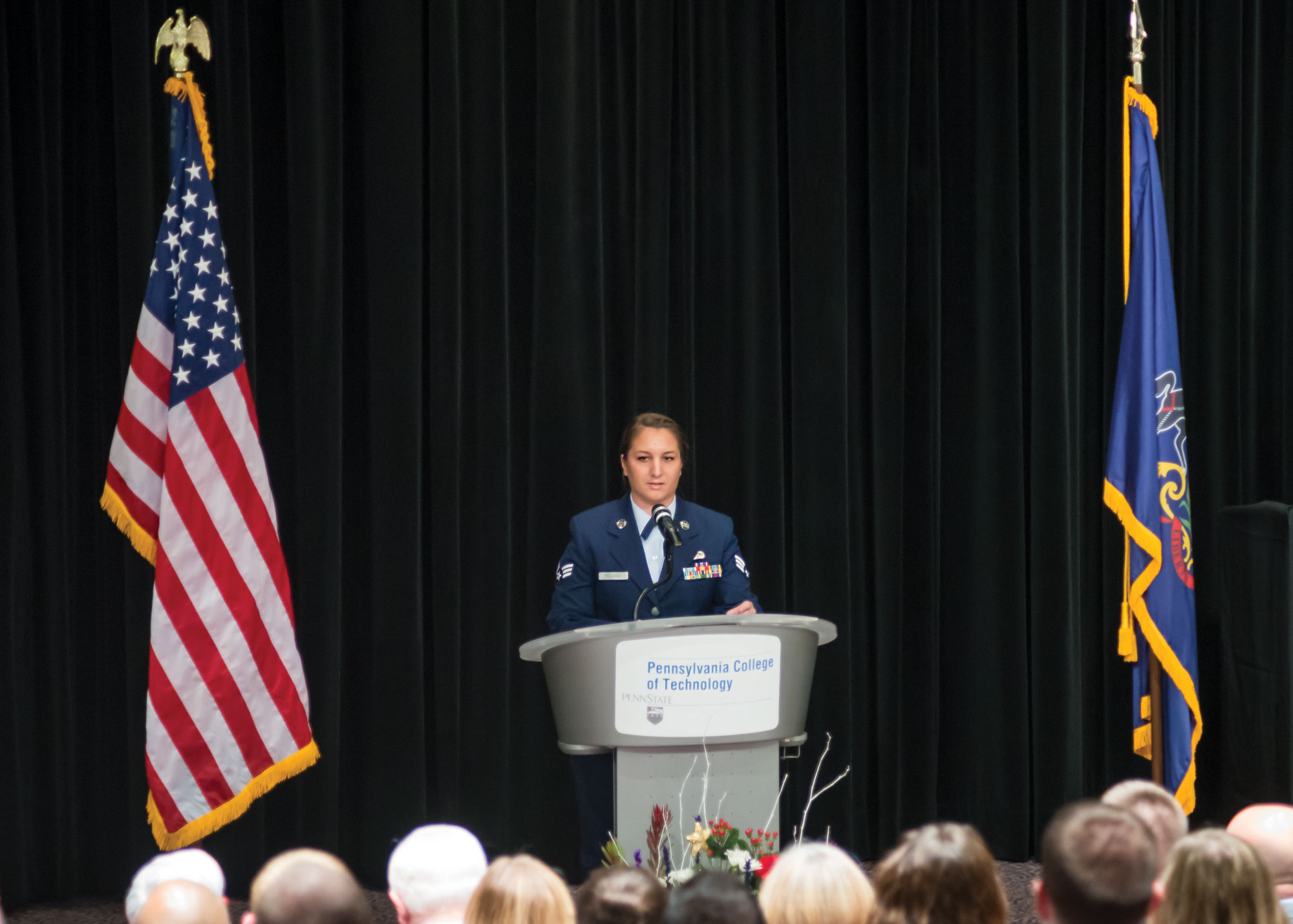 Peluzzo is a staff sergeant in the Pennsylvania Air National Guard. She was deployed to Qatar and Jordan, where she gained valuable engineering experience by helping to install and maintain external communication infrastructure.

She genuinely enjoys working with her hands. “There are so many labs and things you do hands-on. … I love that about this college. What you do with your hands, you remember a lot more.”

“I was really surprised that they had a full-time person employed just to help military members use their benefits the best way they can,” she said. “And that’s a big deal because there’s a lot of paperwork involved.”