When a national leader in applied technology education takes on an age-old craft, the result is a major that equips students with science and technical knowledge plus hands-on know-how to enrich the craft-beer industry.

“When I was young, my idea was: Whatever profession I choose, it needs to lead me to adventure.”

Although his first notion was to work in nature conservation in Africa, Tim Yarrington has spent his adulthood exploring the heights and depths of brewing – and experiencing an endless array of that sought-after adventure along the way. From winning a gold medal at the Great American Beer Festival to building a brewery in Times Square, Yarrington’s career has seen its share of highlights, but the day-to-day rigor and respect for his profession are what he aims to infuse into the learning process for students enrolled in Penn College’s brewing and fermentation science degree.

Gliding across campus on his longboard, a long blond ponytail flowing, Yarrington appears to play the part of carefree brewer-meets-laidback instructor, but surface impressions aside, this brewmaster is serious about his science.

“Through my experiences, education and individual philosophical approach to brewing, I have developed an incredible respect for the antiquity and traditions of the craft,” he said. “I strive to inspire that respect even as I engage my students in a very modern, science-driven inquiry.”

Penn College’s brewing and fermentation science major, offering an Associate of Applied Science degree, is the first of its kind in Pennsylvania. It launched in Fall 2017 with 15 students utilizing industry-standard technology in an instructional space in the Hager Lifelong Education Center.

Yarrington says the college’s “practical, hands-on, experiential teaching approach is what the industry is looking for.”

The instructional approach is a shift from his more “cerebral” brewing education at University of California, Davis.

“The brewing industry needs more people with a solid foundational knowledge who can come in for entry-level, functional positions and make an immediate contribution,” Yarrington said. “Brewers who are hiring struggle with the immense amount of time and effort it takes to train employees who have no background in the profession. Initially, new hires with no educational or experiential background in brewing are essentially a liability. So, what we’re doing is producing individuals who can enter the brewer’s work environment and be an immediate asset.”

Graduates of Penn College’s degree can take their broad range of skills into the ever-evolving craft brewing arena – estimated to be a $22 billion industry in the U.S., according to the Brewers Association. The industry has witnessed significant growth in recent years, and that trend is expected to continue with increasing consumer demand for unique beers.

A nighttime view of the brewing and fermentation science lab in the Hager Lifelong Education Center shows stainless steel brewing equipment in the foreground.

In addition to its distinctive educational approach, Yarrington believes Penn College’s location in the center of Pennsylvania – a state rich in brewing history and production – positions the program for success.

“We’re surrounded by it all, from small craft breweries like Elk Creek (in Millheim, where Yarrington was the founding brewer and continues to serve as head of production) to mid-size, regional brewhouses like Tröegs and Victory, to the large ones like Yuengling and Straub. Pennsylvania is home to two of America’s oldest family-owned, independent breweries,” he said. “Every facet of the brewing industry is represented, from the hand-crafted, artisanal process to high-volume production. It only makes sense that Pennsylvania would have the educational component, too.”

“I have developed an incredible respect for the antiquity and traditions of the craft. I strive to inspire that respect even as I engage my students in a very modern, science-driven inquiry.”

Taking advantage of the nearby resources, Yarrington is engaging his students in field trip explorations of breweries, malt houses, and barley and hops fields.

“We’re taking a look at breweries from the facility standpoint. We’re meeting brewers and getting a chance to ask questions like, ‘If you could change one thing, what would it be?’ and ‘What are your biggest challenges?’ These outings help to inform the learning process,” Yarrington said. “Students are learning not just how to make beer, but are gaining an understanding of the whole physical process and challenges of building a functional brewery, as well as the management skills needed to succeed.”

For those individuals behind the scenes building the brewing and fermentation science degree at Penn College, watching the inaugural effort has been exciting and rewarding.

The idea for the major began fermenting in the college’s Assessment, Research and Planning Office when Mallory Weymer, then a project and communication coordinator, was compiling reports on emerging programs based on various industry and employment trends. Weymer, now a member of the student affairs staff, finalized her report and recommendation for a brewing major in May 2015. Later, two Penn College deans – Michael J. Reed, of the School of Sciences, Humanities & Visual Communications, and Gerri F. Luke, now retired from the School of Business & Hospitality, began exploring the possibilities.

“At first, we thought the program may be more appropriate in the hospitality area, but industry experts confirmed that it needed to have a stronger science focus,” Reed said.

“Collaborating with industry experts and helping to meet a growing and sustainable demand has been an exciting process,” Reed added. “I’m proud of the team, and it’s wonderful to see the major and lab go from concept to reality.”

Inspired by industry, the major will continue to be informed by industry while keeping in touch with tradition.

“I have always maintained an immense respect for the history and traditions associated with beer and the brewing process,” Yarrington said. “Brewing has been going on for centuries.  Brewing spans the globe and has influenced virtually every culture in some way. Beer has been linked to the evolution of organized society and the emergence of entire economies. Beer has brought people together throughout history. The pursuit of better beer has driven scientific discovery. Breweries have a major economic impact on every community they exist in.

“Most people agree on this: Beer is good! I want to contribute to the sustainable, healthy growth of the brewing industry by handing down to my students the technical and scientific knowledge behind brewing, while also building an appreciation for the important impact beer can have as it continues to bring people together and strengthens communities.” ■ 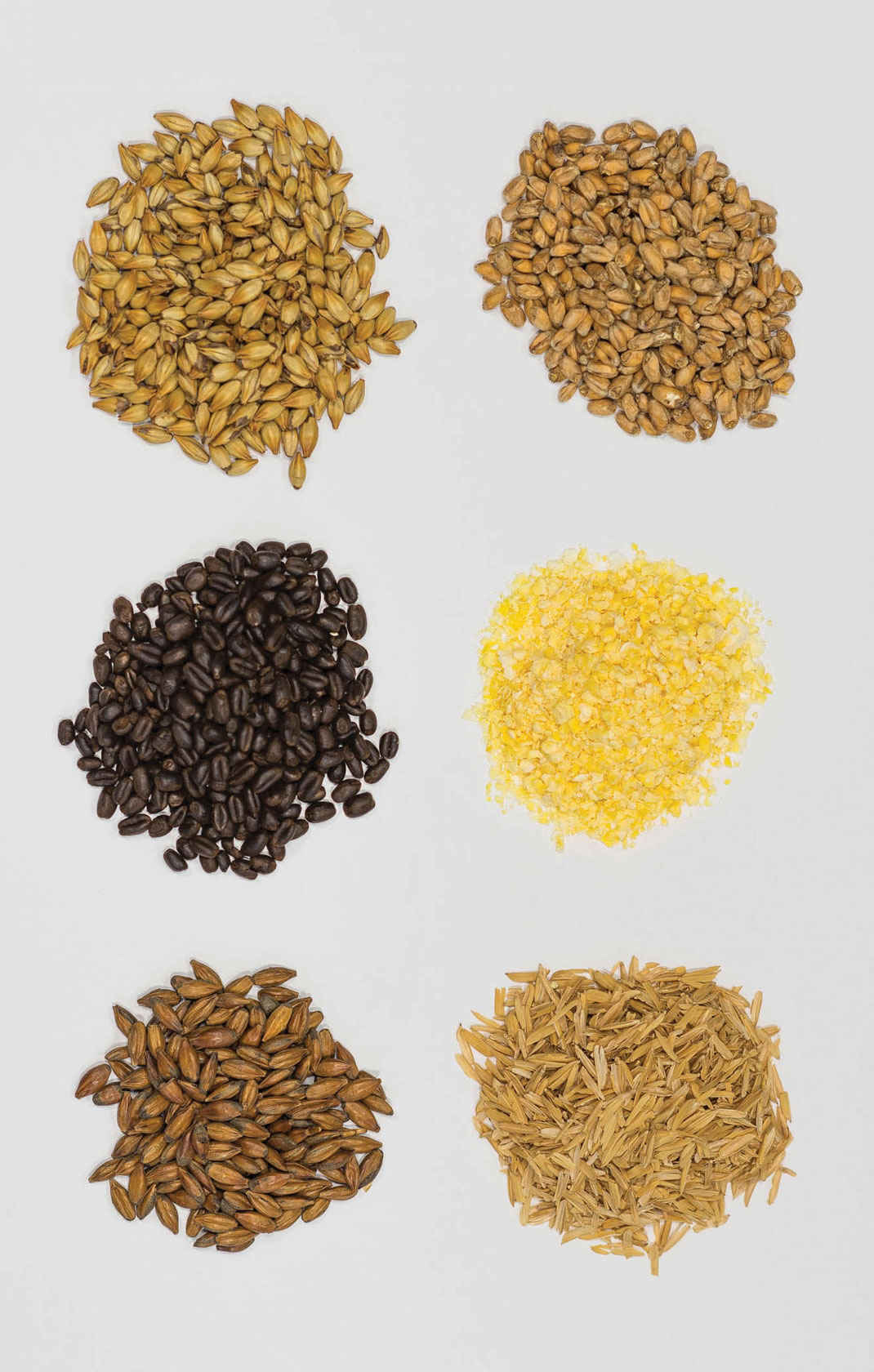 What does a brewing and fermentation science student learn?

It starts at the start: Students learn about the quality of raw materials. They make laboratory analyses of water, barley, hops and yeast.

Over the next two semesters, they learn the specialized techniques that convert raw materials to chilled wort and chilled wort to packaged beer, including milling, mashing, lautering, boiling, hopping, fermenting, aging, conditioning, filtering and packaging.

Along the way, they learn about the design, construction and maintenance of industry-scale brewery equipment and facilities. Internships add real-world experience.

In their final semester, students analyze quality: They learn to recognize flavor abnormalities and investigate the biochemistry that produced the “off flavor” to localize, eliminate and avoid future contaminations.

In a capstone course, students can design a recipe, produce a product and market it.

Living in New Zealand, Eric J. Tuller had his sights set on working in the wine industry. Then, he fell in love with beer.
As a bartender in a brewpub, close work with the head brewer gave him the opportunity to ask a lot of questions and absorb even more information.

“Learning about what was involved initially put me off from wanting to be a brewer. It’s not a very glamorous job,” Tuller said. “But the more I learned, the more interested I became.”

After three years in New Zealand, he returned home to Montoursville and enrolled in Penn College’s brewing and fermentation science major.

“School was never my thing, and going back held zero appeal,” Tuller said, but he decided to “break the cycle” of “working hospitality job after hospitality job” and secure a degree.

“Being a student in a brand-new program – especially one as exciting as this – is definitely an experience,” he added. “It’s compelling to be on the ground floor and have a hand in the initial foundation, because as the first class, how we approach these two years sets the precedent and impacts the future of the program. I want to see it thrive.”

Joining Tuller in the inaugural course are 14 other students, ranging in age from 19 to 37. (Students must be 21 during the second year of the program, when producing alcohol.)

“I picked this major because I didn’t want to do something boring,” said Mark R. Kitchen, of Danville. “I grew up on a farm and know a lot about crops. I figured that’d come in handy.”

Kimberly Antanitis Pauling, a former women’s soccer coach at Penn College, enrolled in the major to expand her knowledge and the product line at her family’s cider business, Colonel Ricketts Hard Cider Winery, near Ricketts Glen State Park in Benton.

The class includes a handful of home brewers and a few hospitality industry employees aiming to broaden their skillsets. Two students mentioned they simply wanted to “escape the cubicle” by pursuing the kinetic and tactile discipline that is brewing.