A group from New Covenant Academy in Mansfield makes final adjustments to its wearable back massager during a STEM Design Challenge hosted by BLaST Intermediate Unit 17 in the college’s Field House. Photo by Jennifer A. Cline.

Be Smart, Rule the World

by Elaine J. Lambert, special assistant to the president for creative development and public relations

Science classes and fun experiments provide opportunities for students to gain the problem-solving skills needed for high-demand, high-tech manufacturing careers, according to Pennsylvania College of Technology faculty who appear in a documentary produced by the college and WVIA Public Media.

“I think the most important part of science, whether it’s physics or geology or chemistry or biology, is really understanding the thought process … to work through a certain problem and get a result and know what that means,” says Kelly B. Butzler, associate professor of chemistry.

“I tell my kids all the time, nerds rule the world,” she says. “If you want to be successful, be a nerd. Be smart.”

Physics professor David S. Richards agrees: “I love the student that says, ‘I want to know how that works.’ … They find that connection between science and the technology.”

Science is not an easy subject to learn, Richards and Butzler admit. Students need to be persistent in their pursuit of knowledge.

“You have to know how things work, and that’s really all math and science are: ‘How do things work?’”

“I think patience is the key,” Richards says. “You have to have questions, but not just get frustrated and walk away from it because you don’t understand the answer right away. Keep pushing yourself and try to understand the basic components of how things work.”

Parents and teachers at every level – kindergarten through college – can motivate students to excel in the most demanding academic subjects by helping them connect their studies with their interests in hobbies or future careers.

“It’s always a challenge to convince someone they like math or chemistry,” says Tim E. Weston, associate professor of plastics technology. “Those words, I think, throw fear into many students, but at the end of the day, you have to know how things work.”

Weston is the founding faculty member of Penn College’s plastics and polymer engineering technology program, one of only six ABET-accredited programs in the United States.

Employers are seeking a very specific type of graduate, Weston says: “The ideal employee is able to think through problems, and be a problem solver, probably No. 1. To do that, you have to have some hands-on skills; you have to be able to roll up your sleeves and go do it.

Lessons learned from failure and frustration often are the path to student success, according to Eric K. Albert, associate professor of machine tool technology/automated manufacturing. He recalls how often he irked his parents by taking apart toys before he learned how to fix them.

“We’re taught not to break things, and I understand,” Albert says. “We don’t want to do things indiscriminately that are nasty, but at the same time, sometimes you have to play that game. … Experimentation doesn’t always work. Things fail. They mess up, and you can’t sit back and say, ‘Well, OK, I’m done with it.’ ... You need to be patient and continue to pursue those ideas.”

“We need to do more of that in education,” says Kirk Marshall, technology education teacher at Bloomsburg Area High School, who organizes and coaches robot combat competitions.

“There is something about making something and just letting it fly, and if it does everything that you wanted it to do, it’s a great day. If it doesn’t quite live up to your expectations, and it comes out in a lot of parts, it’s depressing, but you realize, ‘Wow, I guess we’ve got to change that idea for the future.’ It’s a learning moment, and there is just something fun about it,” he explains.

Marshall believes staging academic challenges, like robot battles, in front of public spectators gives students a chance to feel the support of a crowd – much like an accomplished athlete.

“People are cheering for them, … and that’s the first time they’ve ever been celebrated for being smart or being intelligent or being able to apply their knowledge to other things,” Marshall says. “I think that’s needed.

“When kids see it as a reward to be smart, now we’re rewarding the people that really deserve to be rewarded.”

The rewards may continue after graduation when their resumes include participation in academically challenging extracurricular activities.

“Working Class: Competition Drives Innovation! Why Science Matters” is the fourth in a series of award-winning documentaries that connect career awareness and academic subjects. In addition to public television broadcast, series videos appear on YouTube and the workingclass.tv website.  ■

Where the Thought Becomes the Thing

Say the word “manufacturing,” and what images come to mind?

“I still think of those black-and-white wartime films where you see people on production lines and you see sparks flying at a foundry. … It was very dangerous. It was very unappealing,” admits Richard K. Hendricks, machine tool technology/automated manufacturing instructor at Pennsylvania College of Technology. 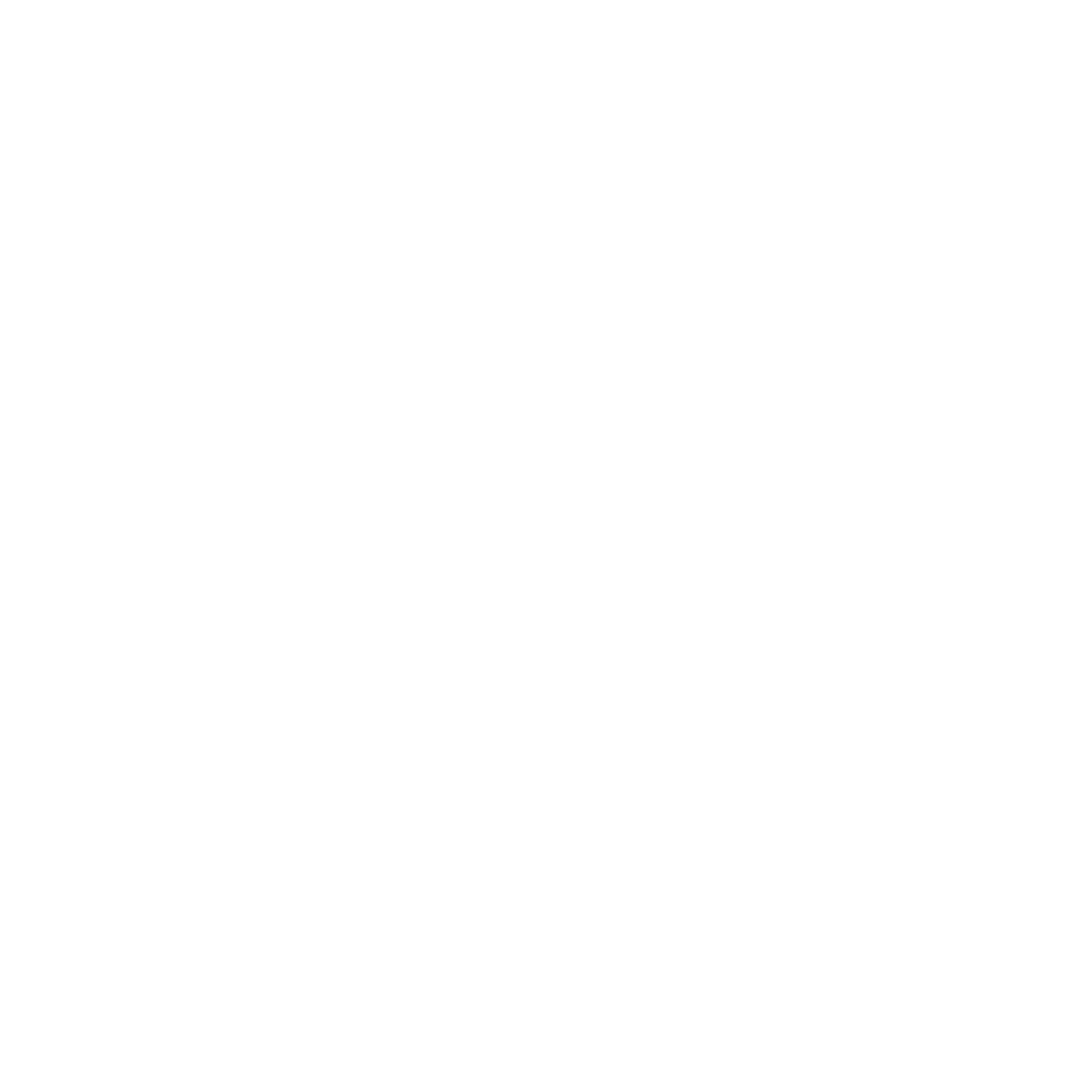 Hendricks and industry leaders believe those outdated images are dangerously misleading at a time when an estimated 600,000 jobs go unfilled each year due to lack of qualified applicants.

“The evolution of the manufacturing industry is really beyond what you even imagine,” Hendricks says. “Most manufacturing environments are very clean, very well organized. It’s so high tech. … The technology has just evolved, and along with that, the quality of work in the manufacturing sector improved.”

Despite the high-technology makeover of manufacturing, there remains a “stubbornly poor perception of manufacturing jobs among younger workers,” according to a report by Deloitte and The Manufacturing Institute. The study found that among 18- to 24-year-olds, “manufacturing ranks dead last among industries in which they would choose to start their careers.”

With many vacant skilled manufacturing positions available, young people who dismiss the potential of a future in manufacturing could miss important career opportunities.

Hendricks explains: “The addition of technology – robotics, automated guided vehicles, laser-guided vehicles and all the automation – has decreased that workforce in the unskilled labor area but has kept the skilled labor demand up, because we still need people, skilled people, to program those machines and to set up the robots and to maintain them.”

Jennifer McNelly, former president of The Manufacturing Institute, agrees: “I think the definition of manufacturing has changed. When I think about it, … ‘It’s where the thought becomes the thing,’ because manufacturing is one of those environments where you can take an idea and a concept, you can produce it, and you can market it.”

McNelly is concerned about the consequences of not filling vacant positions in manufacturing.

“If we don’t have the right individuals, then manufacturing can’t grow. … It’s hurting manufacturing today,” she emphasizes. “I think one of the greatest challenges facing us … is whether or not we’ll continue to make things in this country.”

America is still making things, according to a January 2017 article in The Atlantic: “As some types of manufacturing disappear in America, … other types are growing. So-called advanced manufacturing, which is highly specialized and requires a facility with computers, is actually expanding.”

Despite employing fewer people, “manufacturing still makes up about 12.5 percent of America’s gross domestic product, the same as it did in 1960,” the article explains. “People who can work in modern manufacturing – those with computer skills and advanced degrees – are in demand.

A public television documentary – “Working Class: Competition Drives Innovation! Why Science Matters” – was produced by Penn College and WVIA Public Media to encourage hands-on educational activities that connect students with science and other academic pursuits that can prepare them for success in modern manufacturing careers.