Freshman Abby Williams, a pre-dental hygiene student from Mechanicsburg, is on the attack during the women’s soccer season opener against King’s College. Photo by Larry D. Kauffman

It was a momentous 2016-17 for Wildcat Athletics at Pennsylvania College of Technology, culminating with the much-anticipated notification in June – a year ahead of schedule – that the college has become a full member of NCAA Division III.

From its humble beginnings decades ago, when the institution was still Williamsport Area Community College, Penn College’s athletics program is poised to launch a bold new era. Going forward, Wildcat Athletics – and the college’s dedicated student-athletes – are destined to play a more pivotal role in campus life, lifting school spirit and institutional pride in the bargain.

Wildcat Athletics teams, most of which compete in the North Eastern Athletic Conference, are now eligible to vie for national NCAA championships, enhancing the student-athlete experience and boosting recruiting efforts by the college’s growing contingent of full-time coaches.

Heightened institutional pride was on full display in April when – after a yearlong, collaborative process – the college unveiled a new Wildcat logo and related marks reflecting a renewed focus on athletics. Sustained cheers erupted from the hundreds of students who packed the Klump Academic Center Auditorium that afternoon to get their first glimpse of the new logo, which was created by Skye Design Studios of New Jersey, a trailblazer in sports branding nationwide.

“The entire Penn College community should be proud of this accomplishment. I’d like to give special recognition to Elliott Strickland, vice president for student affairs, and John Vandevere, director of athletics, for their work in getting us across the finish line to full NCAA membership.”
- President Davie Jane Gilmour at the NCAA Celebration Event

The new Wildcat logo succeeds a predecessor that was largely unchanged for a quarter century. The full logo contains iconic elements connecting it to the Williamsport/Lycoming County community and region. The Wildcat (based on a bobcat, an animal found in woods throughout northcentral Pennsylvania) is perched atop Bald Eagle Mountain, straddling the West Branch of the Susquehanna River. The new font employed for the logo features a cog-inspired serif, an homage to the cog found in the official college seal, which exemplifies the institution’s technology-based educational model. 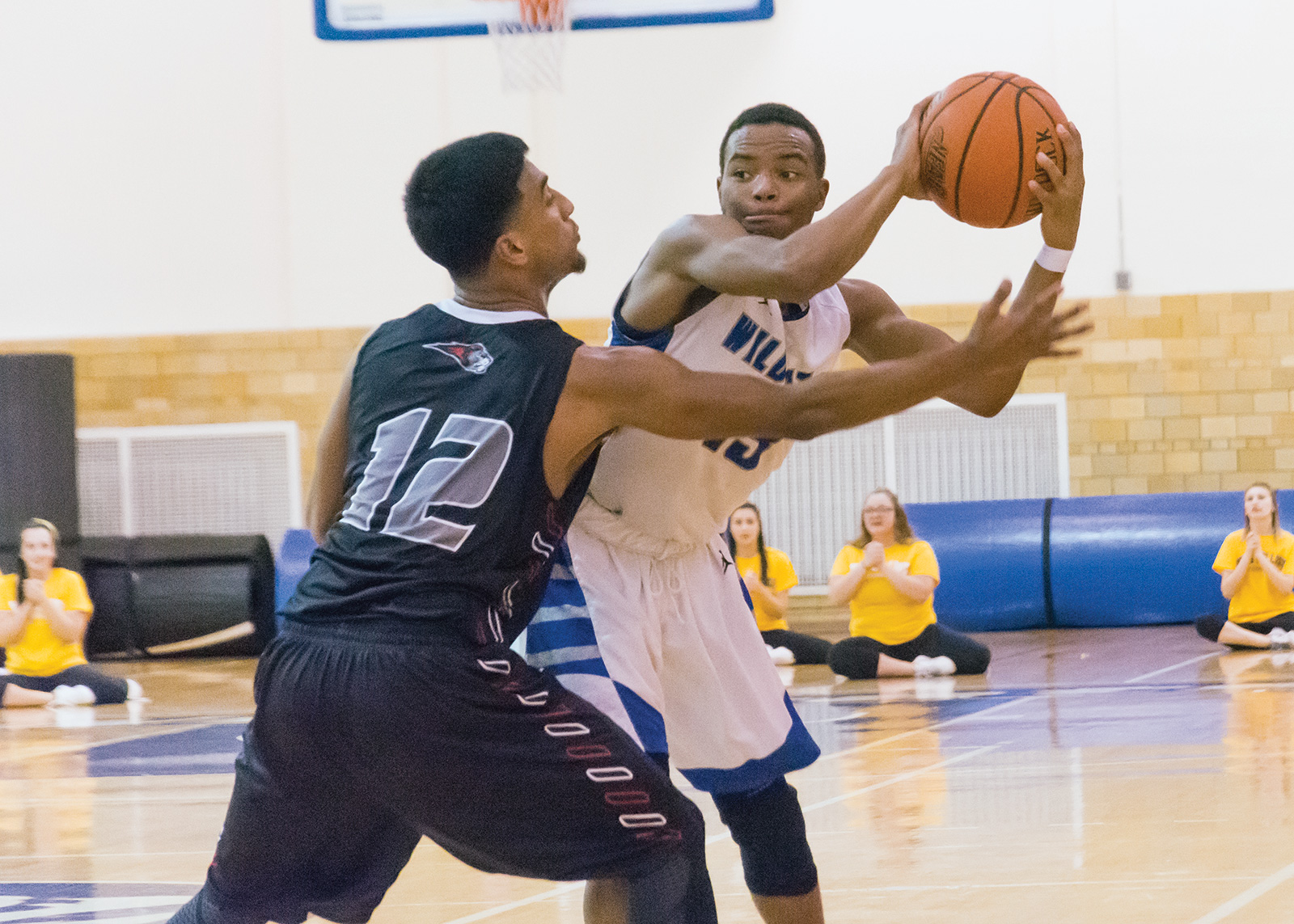 The new Wildcat in its various forms has already found a home – on the façade of the Field House, on center court at Bardo Gymnasium, on a Little League World Series collectible pin, and on sundry items of apparel for sale in The College Store, among many other uses.

It also adorns a Susquehanna Trailways motor coach and minibus that transport Penn College athletics teams to away games in Pennsylvania and other states. Those same buses, when not in use by the teams, serve as mobile billboards for the Penn College and Wildcat Athletics brands on highways and in metropolitan areas across the Mid-Atlantic region.

The 2016-17 year also saw the appointment of Penn College President Davie Jane Gilmour as vice chair of Presidents Council for the North Eastern Athletic Conference. She will serve for two years as vice chair before assuming the role of NEAC council chair in July 2019.

A dozen of Penn College’s athletics teams compete in the NEAC, which consists of 14 Division III institutions in New York; Pennsylvania; New Jersey; and Washington, D.C. The college had competed in the NEAC as a provisional NCAA Division III member since 2014-15; this fall marks the college’s initial participation as a full Division III member, eligible to compete for prestigious national championships.

To provide vital support for the college’s enhanced athletics program, a Penn College Wildcat Club has been established. The club enables individual and corporate donors alike to make gifts recognizing the importance of athletics in the overall college experience for students. To find out how you can help, visit www.pct.edu/wildcatclub, email giving@pct.edu or call 570-320-8020.  ■