At the heart of every punch line is a kernel of truth, and there has long been humor in the eating habits of college students. From the “freshman 15” onward, the road to graduation is seemingly paved with a gut-busting diet of pizza, two-for-$1 hot dogs, chicken wings, fast food, high-sodium snacks and – the stereotypical standby – Ramen noodles.

The actuality, given the cost of higher education and everyday demands on the wallet, is heartbreakingly unfunny. “People joke that they are poor college kids and they don’t eat good food, but I don’t think it should be a joke,” one strapped Pennsylvania College of Technology student said. “I think it is a big deal for college students to have good food to eat.”

Penn College has tried to combat any tendency toward bad nutrition by requiring its resident students to carry a meal plan and by lowering prices on many of its healthier items. But at an institution that includes a great number of off-campus enrollees (veterans and parents, among them) the choice between paying for tuition, housing, gasoline and child care vs. wholesome eating is often no choice at all.

“A survey by Penn College Dining Services found that 58.9 percent of respondents have skipped a meal at least once because they did not have the money or resources to eat.”

A survey by college Dining Services found that 58.9 percent of respondents have skipped a meal at least once because they did not have the money or resources to eat.

“It’s hard to get healthy, cheap food,” one student said, “so, usually, I just end up eating the pizza crust no one wants … or some white bread and tuna.” Added another, “I have gone without food multiple times this semester because the money I make as a part-time worker only covers my rent.”

The situation is known as “food insecurity” – buzzwords for some and reality for many others.

“Hunger is going without food,” explained Crissy L. McGinness, in charge of 10 campus eateries as director of dining services. “Food insecurity is not knowing where your next nutritious meal is coming from.”

Anecdotal evidence, referrals from vigilant faculty and results of the student questionnaire all confirmed the humbling prevalence of the problem. So early in the Fall 2016 semester, the college opened The Cupboard, a nonprofit food pantry in the Bush Campus Center that provides assistance to students in need.

As the survey also noted classmates’ concerns over abuse and subsidization, organizers emphasize that the operation does not depend on tuition dollars or student fees. Inventory comes from a variety of sources, including agreements with the Central Pennsylvania Food Bank and vendors, monetary and other contributions from Penn College employees, and canned-food drives via campus collection bins.

“Seventy-five percent of our starting base came from donations at last spring’s employee picnic,” McGinness said, noting the cartloads of food that her staff ferried to pantry shelves. “What a powerful moment to see such support for our students from the campus community.”

The Cupboard started small in its initial semester, McGinness said, “dipping a toe in the water” before taking a deeper plunge. Housed in space not much larger than its namesake, the pantry only deals in nonperishables for now. Eventual plans include fresh produce, refrigerated items and, perhaps, a change in location.

On a peer-to-peer level, the service has met with selfless support from civic-minded fraternities and liaisons with off-campus students.

“I am always looking for ways for us to give back to the college,” said Austen J. Caron, a student in building automation technology: heating, ventilation and air conditioning technology concentration who chairs the Greek Senate. “So when The Cupboard opened up, I saw it as an opportunity to help out a new service here on campus … as well as help out students struggling to make ends meet.”

An initial Greek Life food drive resulted in 295 items for the pantry, and more events are anticipated in coming semesters.

“Due to my involvement in 4-H prior to college, I wanted to give back to the community and felt that the college was a perfect place to start,” Puckly said. “When I was informed about The Cupboard, I figured I could team up with my fellow CAs to help kick-start the program.”

Incorporating English’s inclination toward nature and personal well-being, the duo decided on “Community Yoga” events – a series of classes offered free in return for donations of cash or food items to The Cupboard. Other events are expected during the spring semester, as demand doesn’t seem to be waning. So it was that, during the ramp-up to Thanksgiving, the facility’s supervisor opened early to accommodate The Cupboard’s population.

“We had a real run last week,” said dining services manager Vicki K. Killian, who supervises pantry operations. “And today, I’m expecting a family of four, a family of five and a couple who won’t be traveling for the holiday.”

The Cupboard is open to students who present valid college identification and complete a brief intake form. The amount of food received is based on individual needs; single recipients, obviously, receive less product than those trying to support a family. Killian packages the soups, sauces, pasta, cereal and other breakfast food, peanut butter, etc., into appropriate portions for the facility’s patrons.

She has developed a rapport with clients, adding another important ingredient to each box of food: empathy. She isn’t unmindful of life’s occasional challenges – college years, the early days of marriage and parenthood, emergency expenses, etc. – that make other people’s travails so painfully and personally familiar.

“This past summer, I was injured and unable to work,” a former client recounted. “I was very behind in bills and struggling to keep up in classes because of worry and shortage of money.”

While there should be no shame in seeking and receiving help, she acknowledged the stigma attached to having people see her taking boxes of food home from The Cupboard. Killian is sensitive to that, putting her and other students at ease and making arrangements for them to discreetly pick up groceries.

“Every week, she made sure to check with me about whether I would be coming in for a box. Even on the days I couldn't choose the items myself, she continued to provide me with the types of food I told her my son enjoyed,” the student said. “That act alone went above and beyond.”

After a few weeks, the student was selfsufficient again and resolute about not taking resources from those with ongoing need. And she is very aware that, without The Cupboard, she and her child would have had a much more difficult semester.

“It allowed me to reduce my stress and focus on classes knowing my son had everything he would need,” she said. “I am eternally grateful to Vicki Killian and staff for this wonderful program. It gives students and parents the step up they need to succeed.” 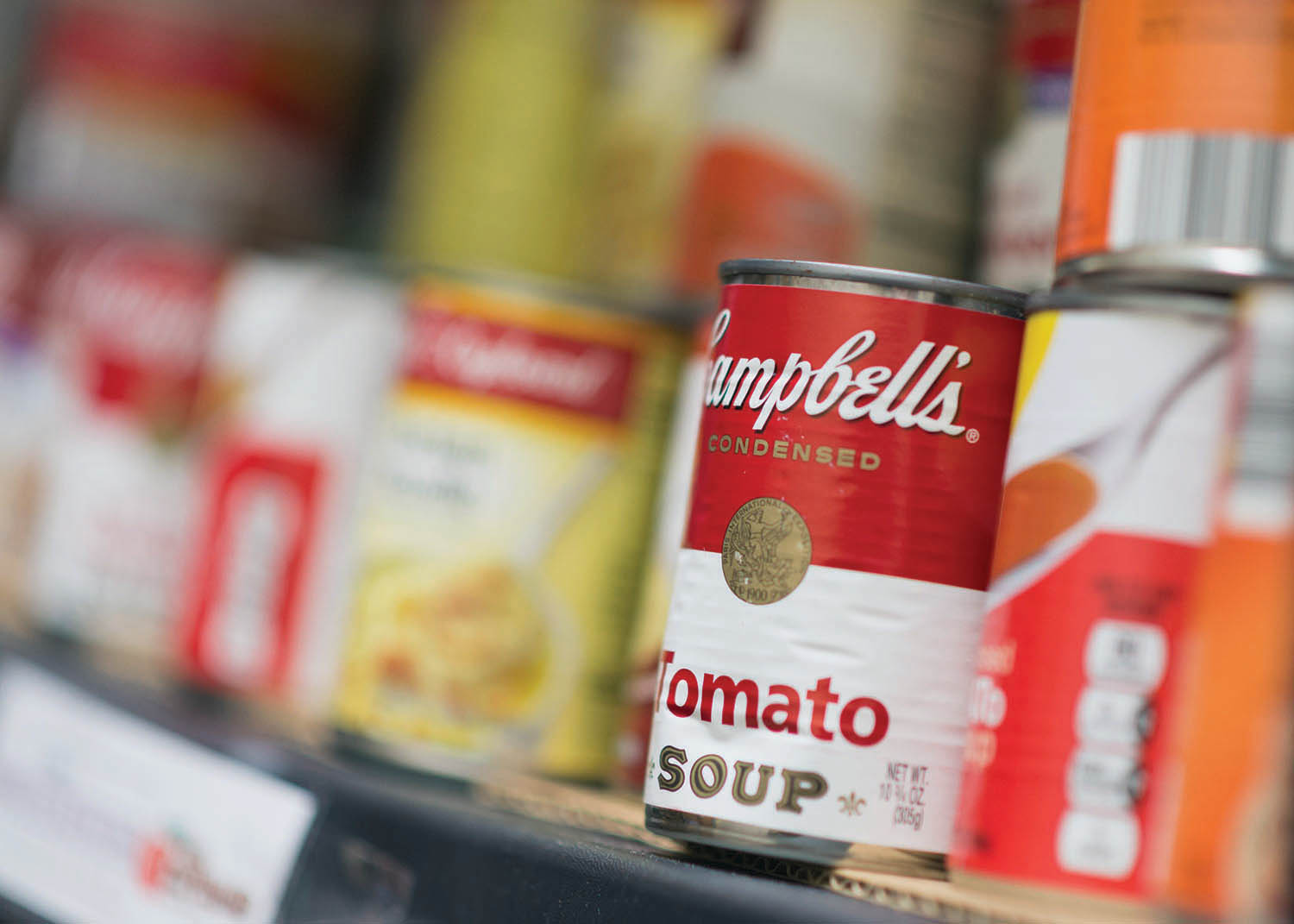 To donate to The Cupboard, visit www.pct.edu/give/donate or mail your gift to Pennsylvania College of Technology Foundation Inc. – DIF 65, One College Avenue, Williamsport, PA 17701-5799. Donations of food can be made by contacting The Cupboard at thecupboard@pct.edu or 570-327-4767. Nonperishables may also be dropped off at the Wildcat Express convenience store in the Bush Campus Center.