In April, Pennsylvania College of Technology celebrated the 25th anniversary of its Visiting Chef Series with a group of culinary giants who, like all its Visiting Chefs, devoted hours in the college’s kitchens and classrooms, imparting wisdom as they led students to create a one-of-a-kind meal.

Chefs Rick Tramonto, John Folse and Donald Wressell – all with remarkable international culinary accolades – joined forces with 2011 Penn College alumna Chef Elaine Gardner for the sold-out event that benefits students in many ways: through live-event learning, industry connections, inspiration and scholarships that are funded by the proceeds of the Visiting Chef Dinner.

The series’ first installment was held in April 1992, not long after Chef Mary Trometter, assistant professor of hospitality management/culinary arts, joined the faculty.

“Our goal was to seek out industry professionals who could inspire our students and be willing to share their expertise and passion for what they do with our students, staff and guests in our wonderful Le Jeune Chef Restaurant,” Trometter said.

The first of those was Chef Richard L. Kimble Jr., who graduated from Penn College forerunner Williamsport Area Community College in 1981 and was head saucier at New York’s famous Waldorf Astoria Hotel.

“Our students will be able to experience working with chefs, we hope, from all across the U.S. This will expose them to the professionalism of the business and the real excitement that’s possible in their career field,” Ann Miglio, then-department head of food and hospitality management/culinary arts, told the college magazine in 1992.

With a roster of more than 50 chefs who have traveled from across the U.S., from Maine to Hawaii, to give their time and talents to the Visiting Chef Series, that vision has been met.  ■ 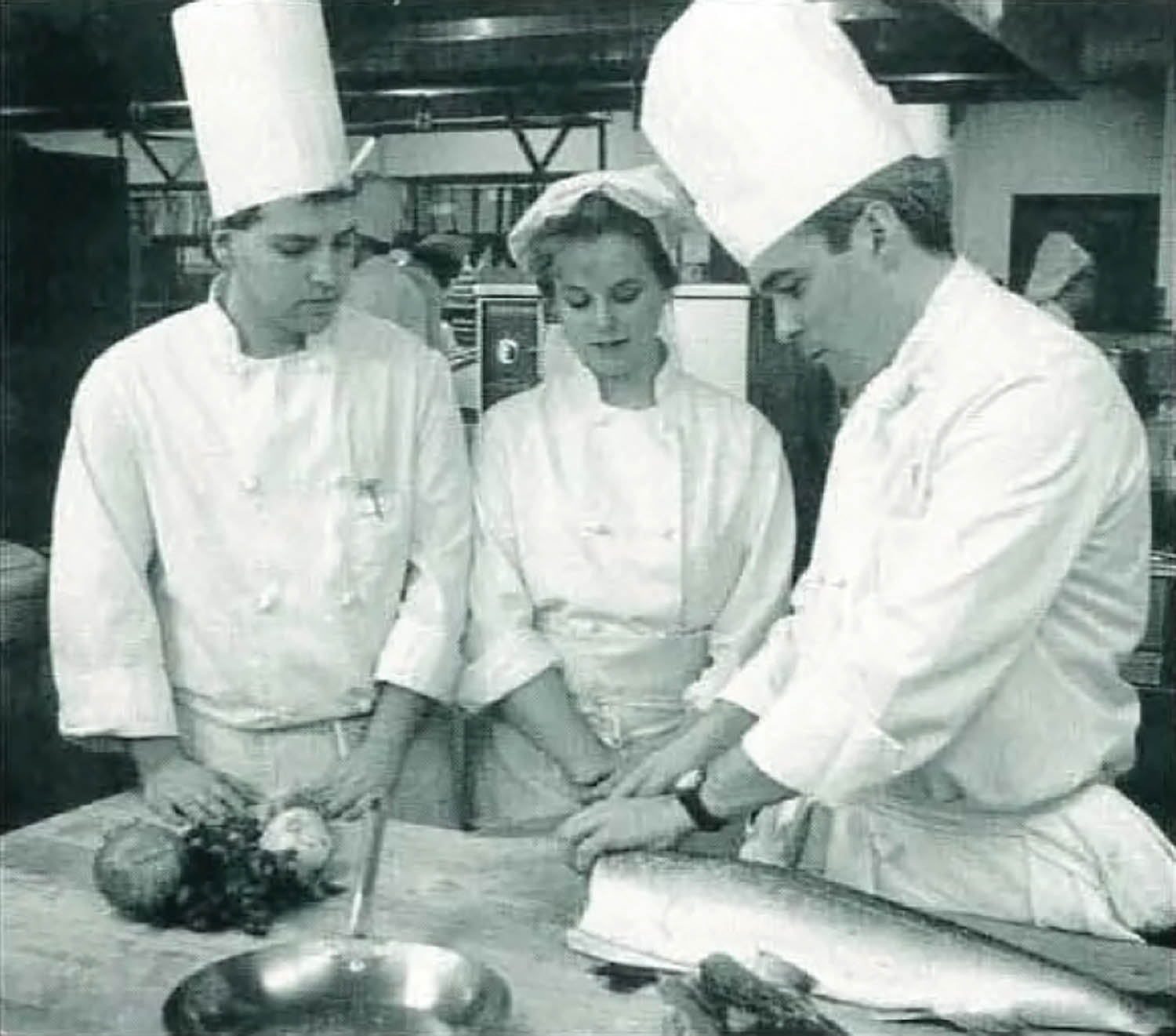 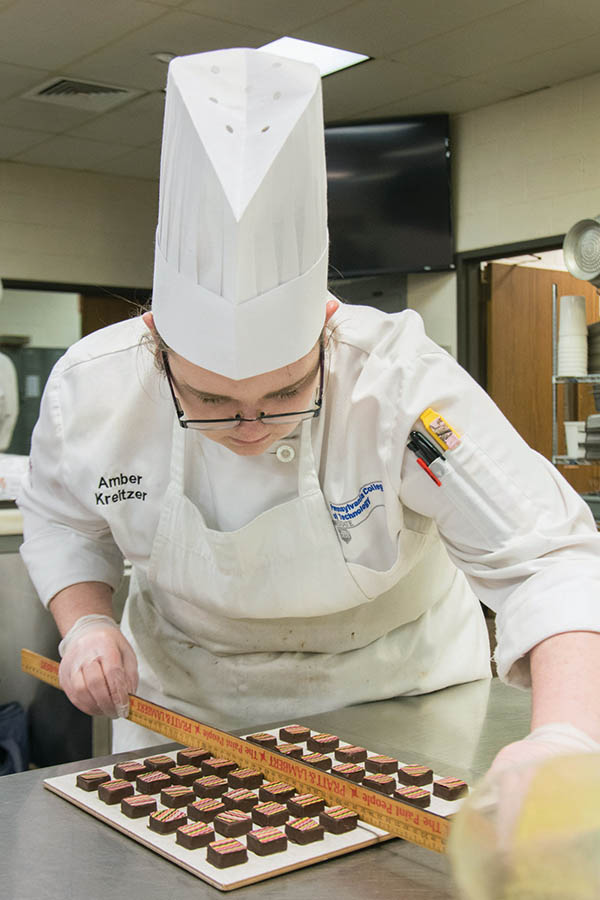 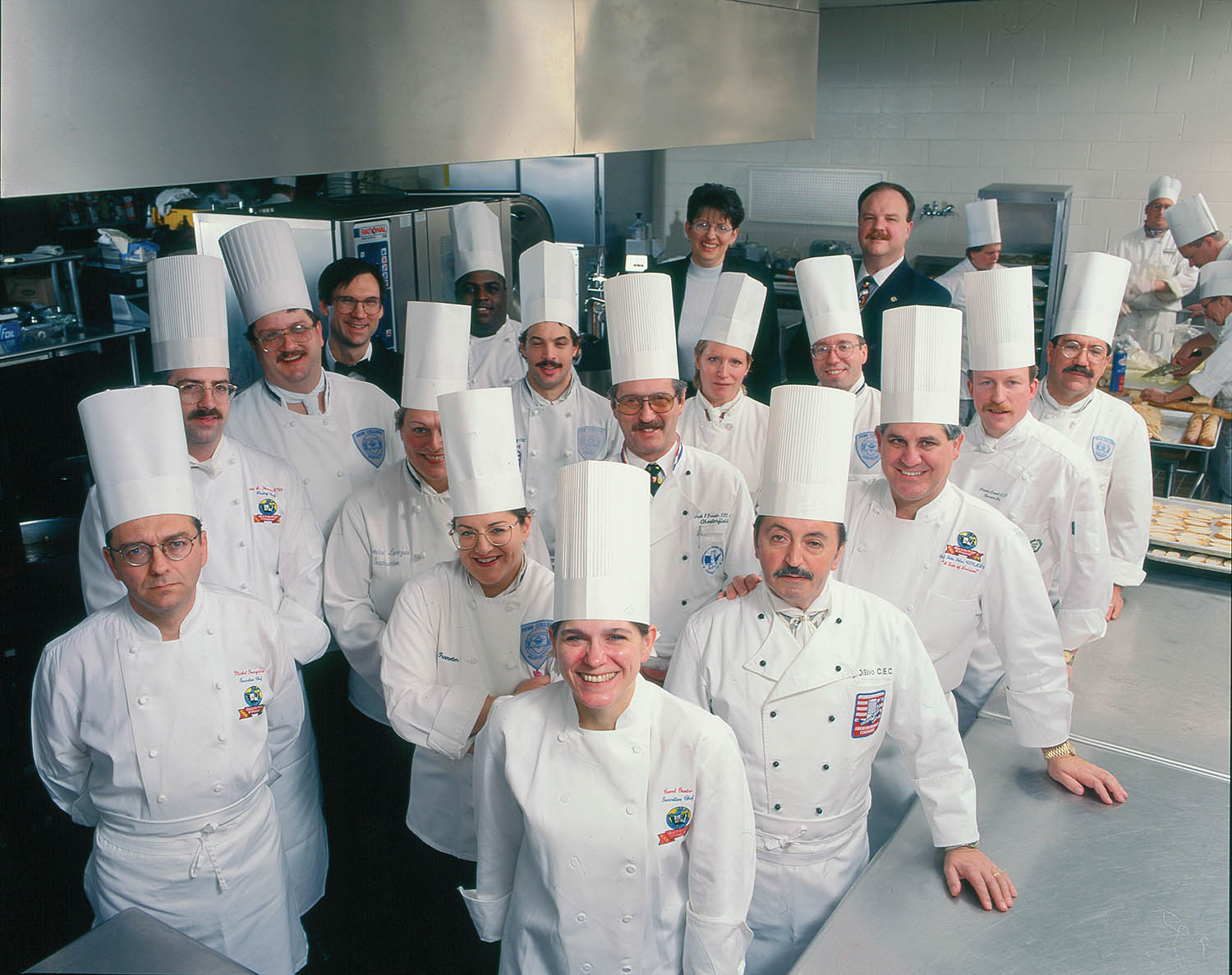 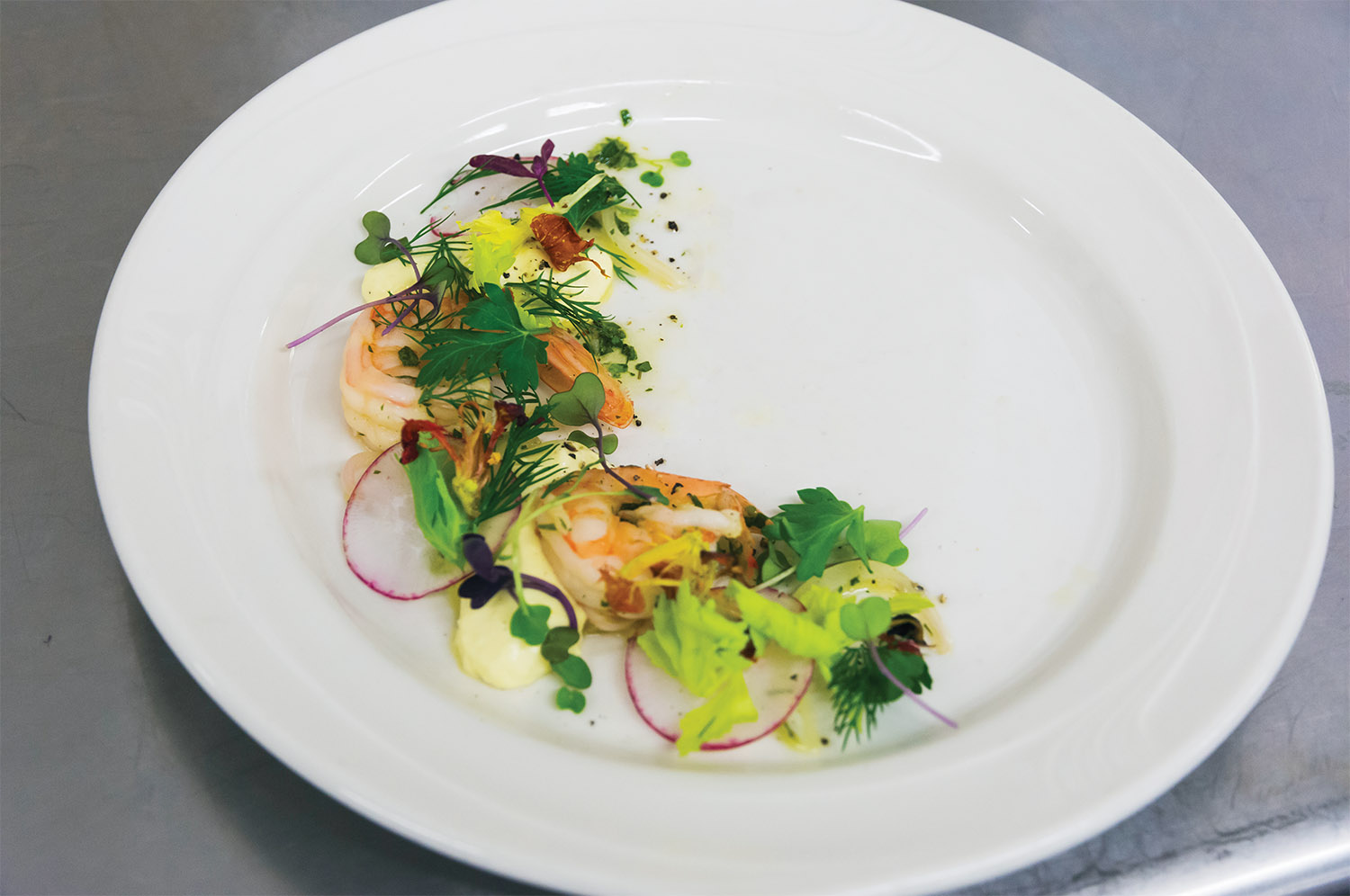 Some of my favorite memories were spent in the plating lineup in the kitchen, waiting in line to pick up plates, interactions with guests, and the cleanup dance party in the dining room afterward. It was always amazing to see how we, as students, came together to produce great food and an amazing dining experience. … Some of the lessons I learned as a student were to never pass up an opportunity, jump in and get your hands dirty, and patience when teaching those with less experience. The experiences and education I received have helped me to get where I am today, and I owe it to the chefs and staff of the School of Hospitality. Thank you!
– Brianna Helmick-Phillips, ’15, sous chef,
Louisiana State University

We all laughed so much

My absolute favorite Visiting Chef Series was with Joseph Poon, where he not only introduced us to fusion cuisine and his incredible story of working his way up into a leadership role and business owner, but he made all the hard work fun.

I remember being so impressed with the vegetable carvings and the simple menu items, heightened with bright colors and flavors. I had a ball designing monkeys on plates and making fortune cookies in the pastry kitchen. We all laughed so much, and his incredible energy is something I role-modeled in all of my leadership roles. He was also incredibly patient and took the time to teach everyone, which still, to this day, stands out as something I expect from myself as a leader.
– Tacy (DeGreen) Schuler, ’05 and ’07, sales representative, Blue Mountain Vineyards and Cellars 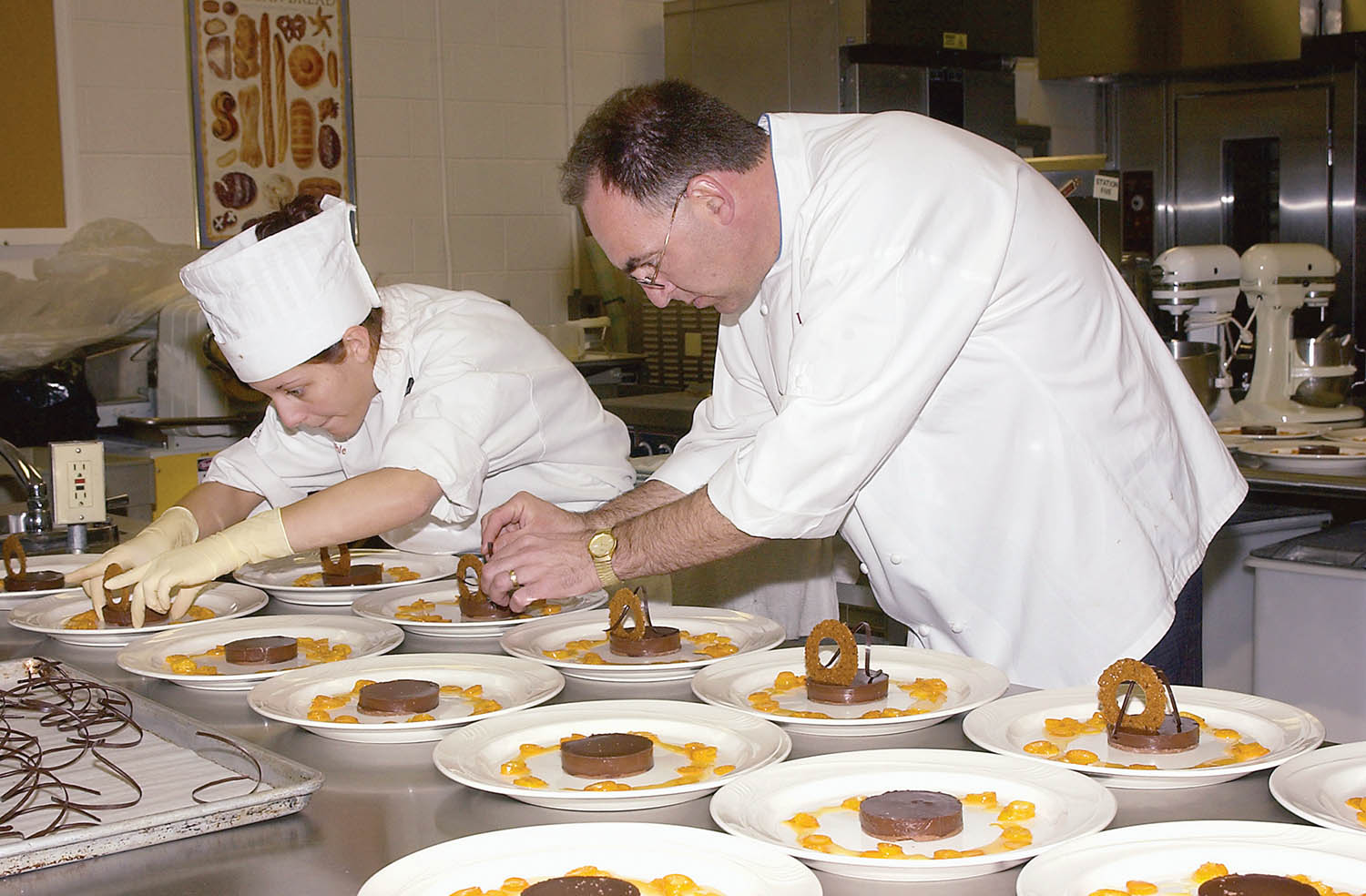 In 2003, a student works alongside Chef David Robins, then-executive pastry chef for the Corner Café and Buckhead Bread Co. 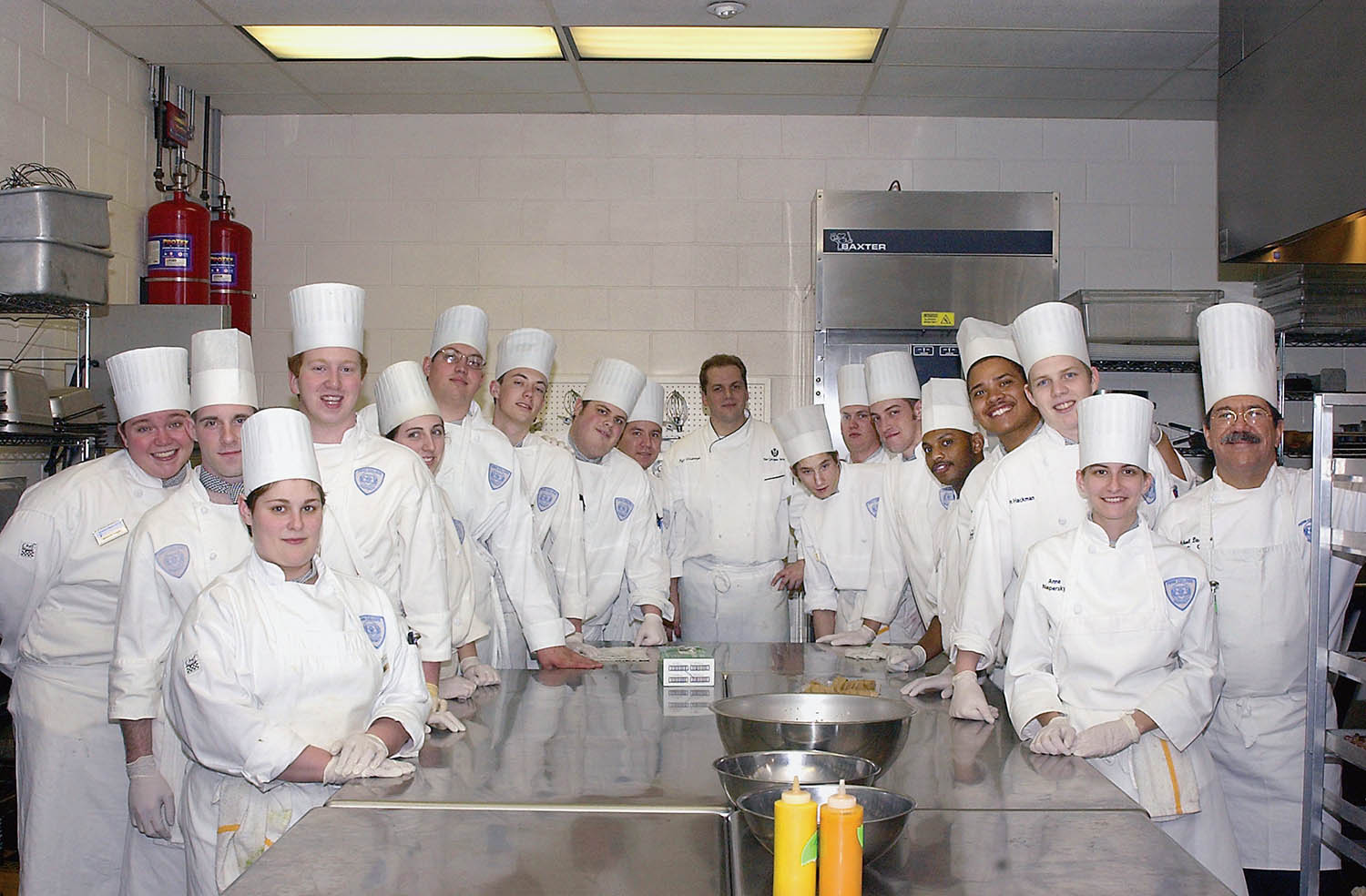 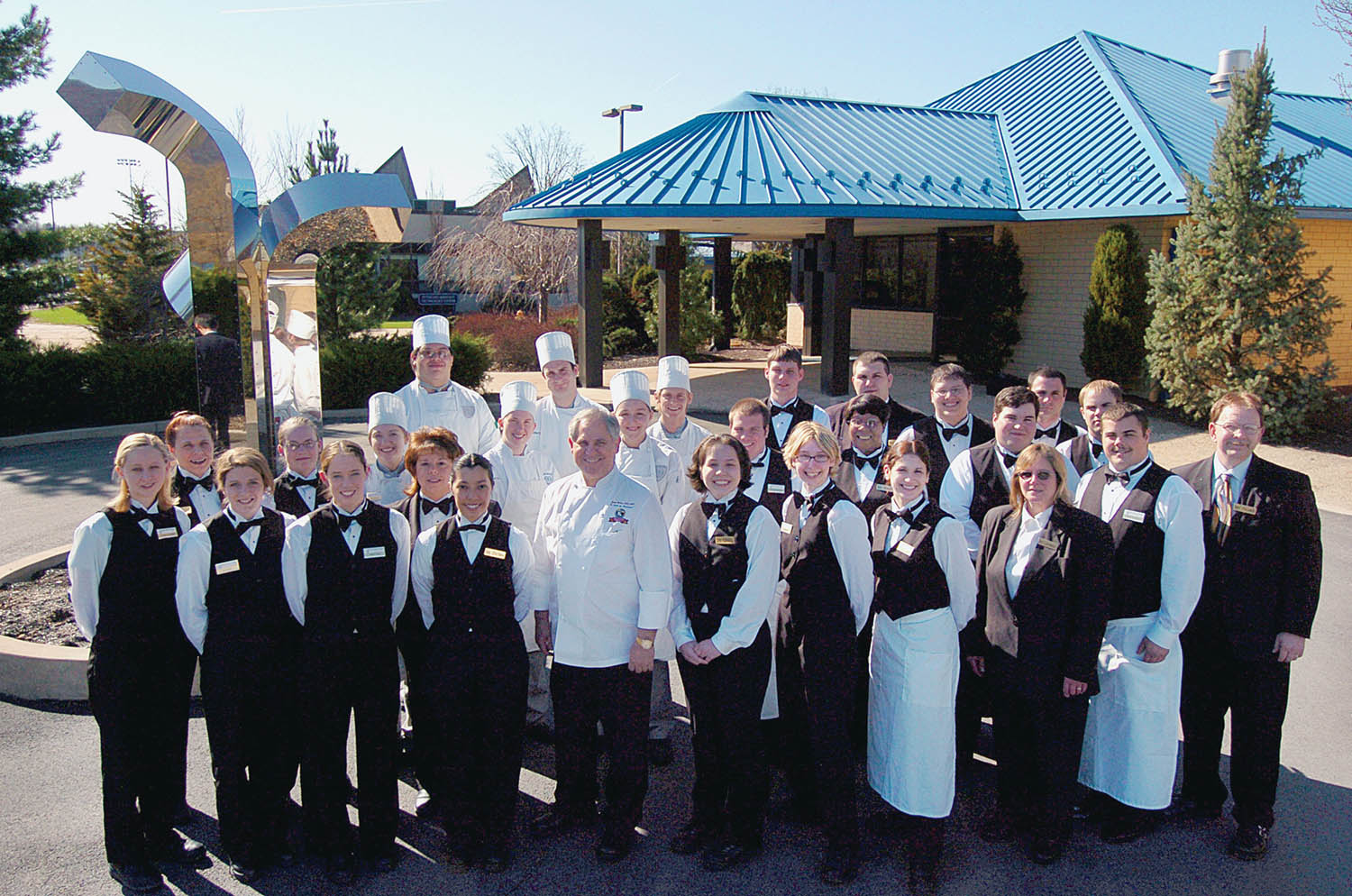 During his sixth visit in 2005, Chef John Folse gathers with students and staff outside Le Jeune Chef Restaurant. 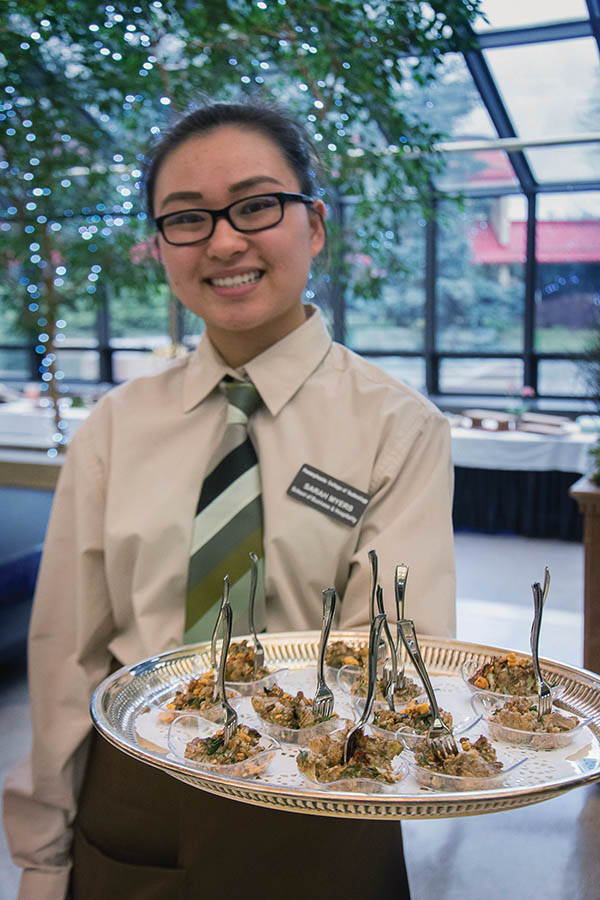 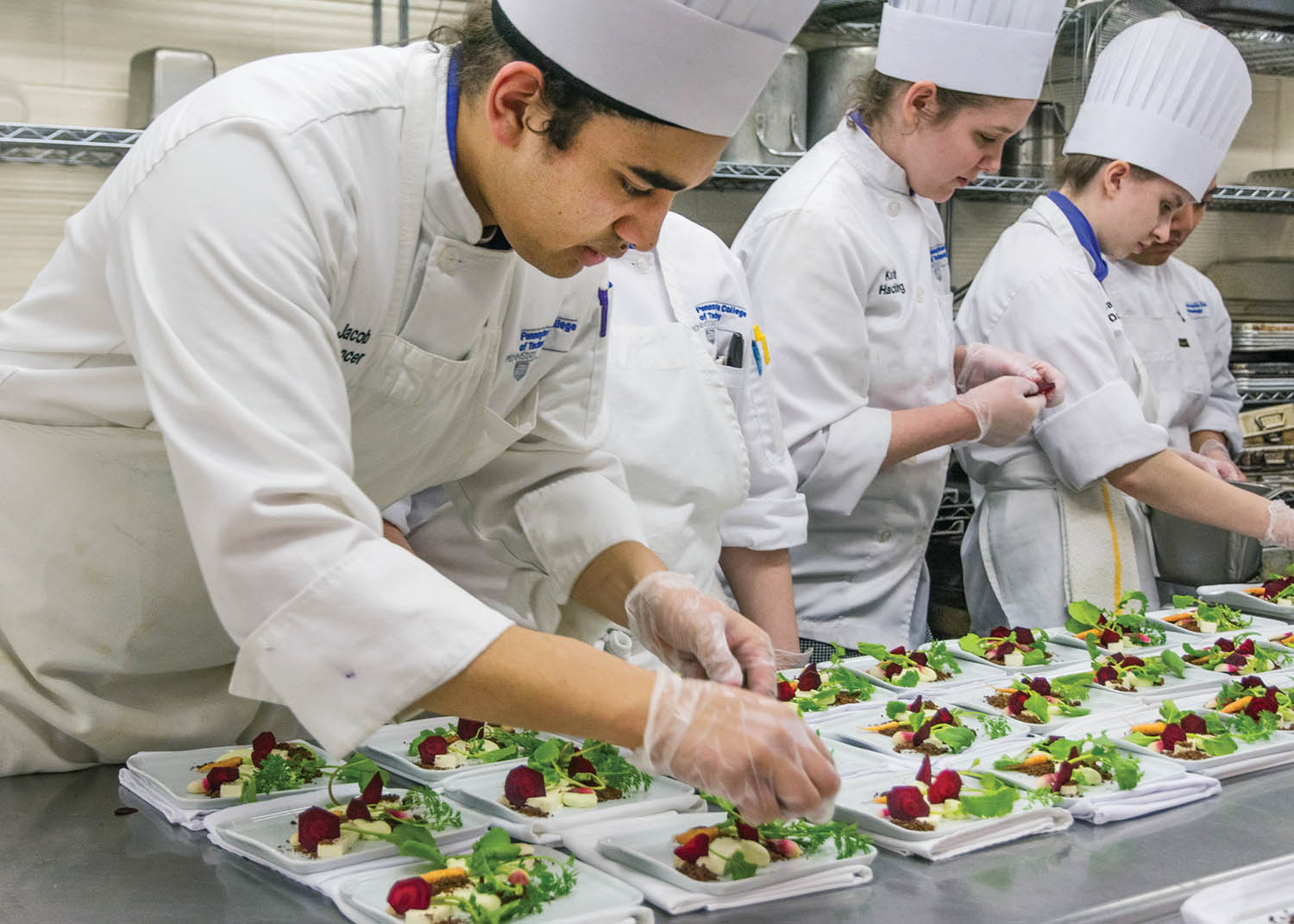 A highlight of my school days

Jean-Louis Palladin was the Visiting Chef in the spring of 1996. Dr. (Robert L.) Breuder (then-Penn College president) took him pheasant hunting the morning of the dinner, and they returned with a dozen pheasants and a couple of woodcocks. Chef, his assistant, myself and another student broke the birds down into pieces, and I started to brown them per Chef’s instructions. The bones and trim were put into the tilting skillet with the woodcocks and mirepoix, with some fresh herbs. A gallon of ready-made stock was added, then our sommelier brought Chef two cases of red wine. Jean-Louis grabbed four or five bottles under each arm and poured the wine into the skillet. The second time he did this, he dropped three or four of the bottles, and they broke, creating an unexpected mess. … Chef let me help make the finished product, which was used to make pheasant au vin for a VIP photo shoot late in the afternoon, before dinner service.

I was picked to be one of the finish cooks for the meal that night, which was one of the highlights of my Penn College school days. Jean-Louis only spoke in French to the sous chef he brought with him during prep and service. He expected the best effort and didn’t hesitate to let you know if something wasn’t exactly the way it should be. I later worked out the rough details of working with him the following summer in D.C., but he moved to Las Vegas. I still have the note he wrote to me saying that it wouldn’t be possible for me to work with him that summer. I worked almost all of the Visiting Chef Series dinners from 1995 until 2015, as a student and then as the professional staff dinner chef, and it remains a favorite for me.
– Chef Robert Armstrong, ’98, retired sous chef, Le Jeune Chef Restaurant

Others who have made at least two visits are: 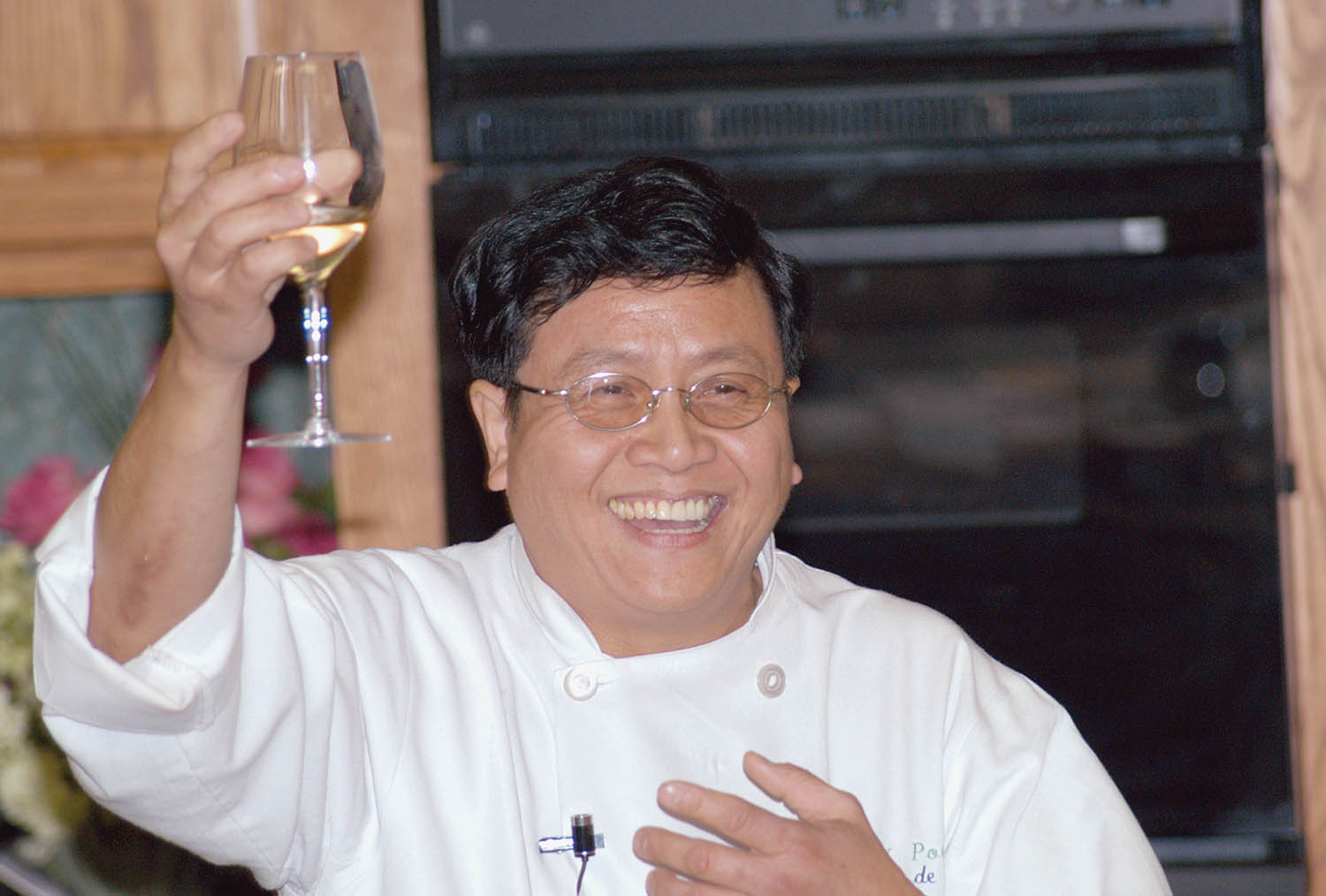 Chef Joseph Poon, of Joseph Poon Asian Fusion Restaurant in Philadelphia, offers a demonstration for the public in Fall 2004.