Joseph E. LeBlanc was living in Japan when he was invited to interview for the position of physics faculty member at Pennsylvania College of Technology. After the official meeting on campus, his interviewers took him to the Bullfrog Brewery in downtown Williamsport. (It also happened to be his birthday.)

Over beer, David Richards, professor of physics, asked, curiously, “So, if we offer you this position, you’d be willing
to move here from Japan?”

“I’ve found that they are curious about these phenomena, and if presented in a proper way, it will excite the imagination and understanding.”

Two months and multiple airline miles later, the aerospace engineer landed in his office in the Breuder Advanced Technology and Health Sciences Center, then the home of the physics department.

That was the summer of 2000. This spring, LeBlanc completed his 17th academic year at Penn College.

For a man who has spent his life globetrotting, he’s found contentment and a home in northcentral Pennsylvania.

At Penn College, he’s discovered an enriching academic life – and recently published a physics laboratory manual that was 10 years in the making.

Uninspired by available textbooks and boring lab manuals, LeBlanc began using his own teaching techniques to present a more modern, applied technology approach and motivate his students with topics closely related to their lives and academic demands.

“For many years, I followed the ‘standard sequence’ of topics in a physics textbook, but eventually realized that it was neither essential nor valuable for the needs of my students of technologies and trades – who desired to conceptually understand the fundamental phenomena in some of the technologies and devices they interacted with,” he explained.

His techniques grew into a collection of physics lab exercises that was scouted for publication by Kendall Hunt Publishing Co. Titled “Physics Laboratory Manual: Physics with Technological Applications,” LeBlanc’s work offers a unique and creative twist on the standard physics course.

“Students love it,” LeBlanc said. “This way of teaching brings physics to life in so many ways.”

From radiography students learning about center of mass and stability as they relate to positioning patients for X-rays, to aviation students understanding the physics of flight and drag force, LeBlanc is engaging his students’ minds with practical applications they’ll encounter in their work, as well as in their personal lives.

He’s also sparked interest in the topic of heat transfer as it relates to grilling and the heat management required while cooking.

“I have students who never thought about grilling in terms of the physics involved, but now they do,” LeBlanc said. 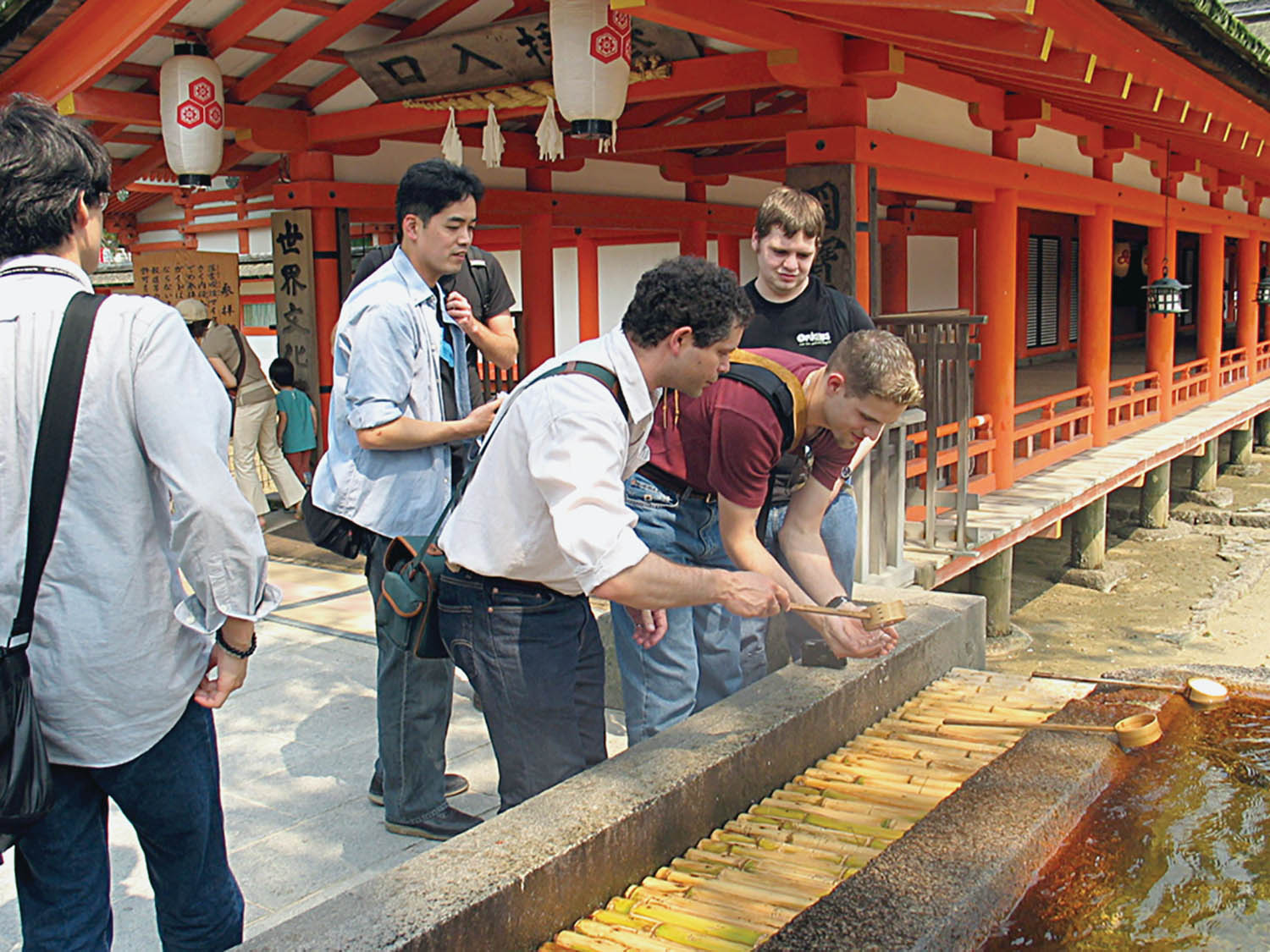 “I’ve found that they are usually curious about these phenomena, and if presented in a proper way, it will excite the imagination and understanding. By creating a stronger experience, the likelihood of transferring these ideas to long-term memory and understanding is increased. That’s more important than learning to solve clever numerical problems with no sense of relevance to life or career.”

LeBlanc’s life and career have been a study in motion.

Born in Canada to an Italian mother and a French-Canadian father, he grew up in the Dominican Republic and Puerto Rico.

His parents and older siblings had fled the Dominican Republic for Canada during the oppressive dictatorship of President Rafael Trujillo. After Trujillo’s assassination in 1961, the family returned to the Dominican Republic and later relocated to Puerto Rico, where LeBlanc resided until his mid-20s. (He became a U.S. citizen during high school.)

During his six years in California, he married a Japanese woman and planned to establish a family.

“The aerospace industry took a dive at the end of the Cold War,” he said. “After a layoff and a tough year without work, and having a love of Japanese culture, I relocated to Japan to start a new adventure.”

He studied for his doctorate in aerospace engineering from Nagoya University. To earn a living, he taught conversational English to engineers at such companies as Toyota and to librarians and secretaries at the university.

“After eight years in Japan, I made the difficult decision that I had to return to the United States and began looking for work in the Northeast U.S.,” he said.

To market himself, he participated in online physics discussion forums and created a website to share his projects and writing.

“I was writing regularly what are now called blogs, but the word didn’t exist then,” he said. “I guess you could say I was blogging before it became a thing.”

He knew he wanted to be a college educator due to the immense satisfaction he experienced while student teaching at the University of Puerto Rico.

“It was a very creative time, and I felt most alive in front of a classroom,” LeBlanc said.

His first interview for the Penn College physics position was conducted via phone.

“The time for the interview was midnight in Japan, so I stayed awake, anticipating, thinking and thinking about what I would say,” LeBlanc said.

Heading to Pennsylvania for his second interview, LeBlanc recalled what he’d been told about the Northeast: “As soon as you move out of the cities, you’re surrounded by nature.”

He found that to be true as he drove from Philadelphia to Williamsport, blasting “American rock ’n’ roll” on his radio.

“Although I’d been away, I never lost contact with American culture,” he said.

At Penn College and in the community, the professor has found engaging cultural outlets.

His fluency in Spanish and conversational Japanese has been put to good use in a variety of ways. Among them: He’s chaperoned six study abroad trips to Japan and two to Mexico; he enjoys conversing with international students and visitors to the college as well as those at the Little League Baseball World Series, held in South Williamsport every August, and The Gallery at Penn College displayed his collection of Japanese textiles in 2008. Every Friday, LeBlanc volunteers to teach science at West Branch School, a private elementary school near campus.

While attending international-student conferences at Penn College, he met the woman who would become his new wife – Mercedes, a native of Venezuela.

“She shares my Latin American culture,” he beams.

“My life is very comfortable. I have a good career. Penn College provides an excellent venue for me,” LeBlanc said, adding that he views his new physics publication to be “my life’s work!”   ■