From Trinidad to Penn College

Long before becoming teammates on the Wildcats soccer team, John Michael Sabga, left, and Tarik Laroche attended “football” clinics together in Trinidad, where they grew up. Photo by Cindy Davis Meixel.

They had last met as boys on a soccer field in their native Trinidad.

Tarik Laroche and John Michael Sabga didn’t know the other was enrolled at Penn College until they saw each other at a men’s soccer meeting at the start of the Fall 2013 semester. Laroche had already been on the team for a year; Sabga had just started his freshman year and was joining the team.

“I saw him and thought he looked familiar,” Sabga said. “After the meeting, we went out to eat, and I went up to him and said, ‘Let me ask you a question.’”

“Don’t bother. I already know what you’re going to ask,” Laroche told him. “The answer is yes!”

At the meeting, when Sabga had stood to speak, Laroche says he “heard his accent and remembered who he was.”

“I was very surprised to see him after all these years,” Sabga said.

The two had last seen each other when they were preteens taking lessons at their country’s renowned La Foucade Soccer Clinic.

“It was a soccer clinic that we went to every Saturday and Sunday,” Sabga explained. “Hundreds and hundreds of kids learned soccer at La Foucade. It was one of the best soccer clinics back home.”

Both men grew up in the northern part of Trinidad, the largest island in the Republic of Trinidad and Tobago. Situated just 6 miles off the coast of Venezuela, it is part of the South American continent, but often viewed as the southernmost Caribbean island.

Laroche moved to the U.S. with his sister in 2008 and settled in Milton. He graduated from Meadowbrook Christian School in 2012 and began studies at Penn College later that year. He’s enrolled in business administration: management concentration. 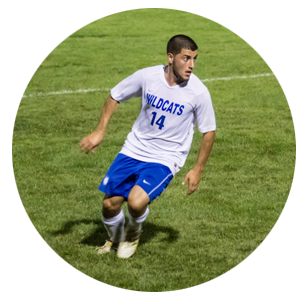 Sabga found Penn College during an Internet search for colleges offering heating, ventilation and air conditioning technology programs. His father had encouraged him to pursue the major, and they narrowed the field to Penn College and Ferris State University in Michigan.

“I liked Penn College’s four-year bachelor-degree program because it was more in-depth. Plus, I thought the area was nicer,” Sabga explained.

Finding a fellow “Trini” upon arrival was a bonus, he adds.

“I could relate to stuff with him. I wouldn’t have made friends as quickly as I did because I became friends with his soccer friends. I got into the group easier,” Sabga said.

The two are deeply bonded with their teammates.

“Without soccer, the whole college experience would be different,” Laroche said. “We’re like a big family. Even the guys who’ve graduated still come back and hang out.”

The players, both midfielders with the Wildcats, see definite cultural differences in the sport (and note that the game is called “football” in Trinidad). 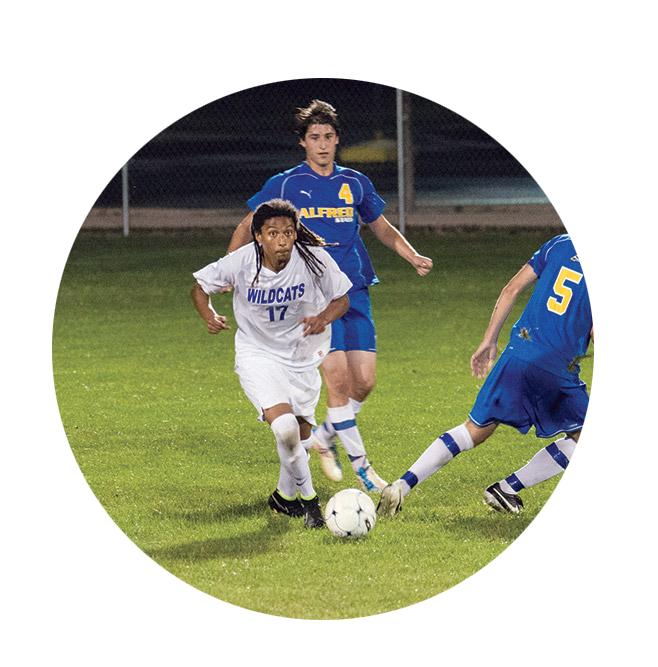 With graduations on the horizon, the soccer players were asked to imagine their life goals.

Sabga sees an immediate return to Trinidad after receiving his degree.

“Not many people back home have a bachelor’s degree in what I will have,” said the HVAC student, “so there will be a lot of opportunity for me.”

Sabga envisions opening his own business, but his family’s businesses may also keep him quite busy. His family owns a Save-A-Lot franchise, operating two stores with a third opening soon.

“We’re hoping to eventually have 15 stores throughout the Caribbean,” he said.

“I want to travel and work in Europe somewhere – wherever the wind takes me!” he said. “I really want to work in the head office of some sports team.

“I will eventually go back home when the time is right. For now, I want to experience everything I can experience.”