The little boy scampers about the worn grass in the empty stadium’s outfield. He has not a care in the world as he playfully absorbs his introduction to the game of baseball. His face brightens into a wide smile.

It’s 22 years later at the same stadium, this time occupied by a smattering of fans awaiting the first pitch. The young pro adjusts his shin guards and chest protector before scaling the steps of the first-base dugout and trotting behind the plate. His catcher’s mask can’t camouflage his smile.

Fast-forward a couple decades at the historic stadium. The man, clad in a blue windbreaker, strolls across the field as 30 or so collegiate players prepare for the game to come. His mind is consumed with multiple responsibilities. Yet a familiar smile crosses his face.

Howard knows much about the game he first experienced as a toddler at Williamsport’s Bowman Field. His passion for the sport propelled him to a level that most experience only in their dreams: the major leagues.

"I want to build something here."

He also shows considerable pride in his current role as the head baseball coach for Pennsylvania College of Technology. He coached the Wildcats part time from 2006-14 before becoming the college’s first full-time coach as the institution transitioned to an NCAA Division III intercollegiate sports program.

"The only way I would consider going somewhere else is if the Kansas City Royals called and needed a manager," Howard joked. "I want to build something here."

The program already has a strong foundation, thanks to Howard. As the part-time coach, he led the Wildcats to two conference championships and three Small College World Series while mentoring several academic All-Americans.

"It was a very easy decision for me to make," said Scott E. Kennell, director of athletics, when discussing hiring Howard for the full-time post. "Chris did not treat this like a part-time job. Chris was there for his student-athletes at all times. His love and passion for the institution and his team were apparent from the second I met him."

Growing up in Kansas City, Howard loved baseball but was known more for his prowess on the gridiron. His high school didn’t field a baseball team, so summer leagues provided his lone outlet for the sport. Football was his avenue to a college scholarship.

Stellar play as a fullback and strong safety generated interest from the likes of Nebraska, Missouri and Kansas in the old Big Eight Conference. Howard chose the University of Oklahoma, mainly because its legendary coach, Barry Switzer, gave him permission to also play for the Sooner baseball team while on a football scholarship.

"I was a pretty good football player for that era, but I got to college and realized I wasn’t as fast as I thought I was," chuckled Howard, whose suitemate was future Hall of Fame quarterback Troy Aikman. 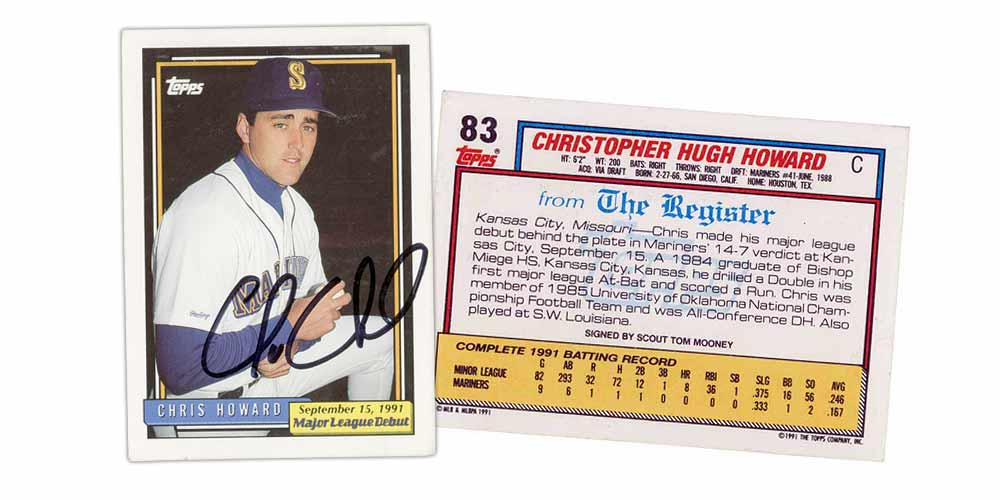 After redshirting his freshman year, Howard saw spot duty on special teams for Oklahoma, including the 1986 Orange Bowl when the Sooners topped previously unbeaten Penn State, 25-10, to capture the national championship.

"I played a very insignificant role, but I was still part of the team," said Howard, whose teammates included, besides Aikman, notorious All-American linebacker Brian Bosworth, future NFL All-Pros Keith Jackson and Tony Casillas, and Spencer Tillman, now a noted college football analyst for CBS Sports. "There were a lot of great ballplayers. It was fun. It was a great experience."

Eventually, Howard decided to limit his athletic experience to baseball at Oklahoma, but he grew frustrated when the coaching staff shifted him from catcher to third base and designated hitter.

"I thought if I had any shot to play professionally, I had to be catching somewhere," he said.

"Somewhere" became the University of Louisiana at Lafayette, where Howard transferred and played catcher full time for one season. The move paid off when the Seattle Mariners picked him in the 41st round of the 1988 draft.

"I felt I was better than the 41st round," said Howard, who laughs at the paltry $2,500 signing bonus he received. "I used it as motivation. I take pride that I was a 41st-round draft pick and three years later I was playing in the major leagues."

Two of those years were spent in Williamsport playing for the Mariners’ Class AA affiliate, the Williamsport Bills of the Eastern League. Howard had previously been to Williamsport and its Bowman Field. But he needed to watch black-and-white home movies for proof.

Howard was just a year old when his parents, Dick and Patty, lived in Williamsport during the summer of 1967. Dick, establishing the family tradition, was a catcher for the Williamsport Mets, the Class AA affiliate of the New York Mets. 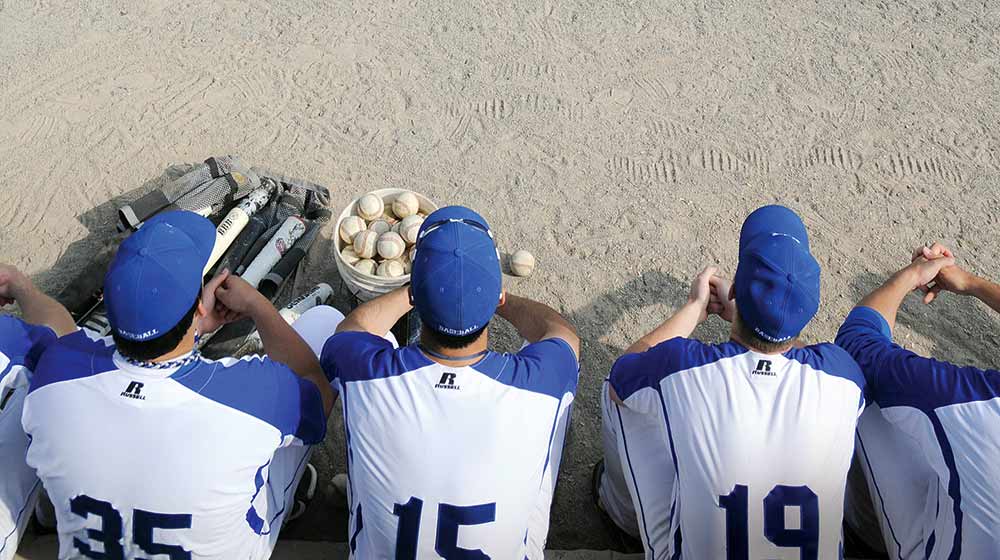 "There are movies of me as a 1-year-old running around Bowman Field’s outfield," Howard said. "When my parents come visit me today, we still go by the old house we had on Lycoming Creek Road."

For Dick Howard, the Double-A level proved to be his baseball summit. A generation later, his son eclipsed that with a promotion to Triple A followed by a treasured call-up to the major leagues in September 1991. The Mariners’ opponent for Howard’s first big-league game: his hometown Royals in Kansas City.

"I got to make my major-league debut in front of all my friends and the people I grew up with," Howard said. "My friends and I would go to Royals games all the time and sit in the right-field stands."

His first time on the field was a memorable one. Howard smacked a double off Cy Young winner Mark Davis in his initial at-bat. A few innings later, the star-struck catcher received congratulations from childhood hero George Brett when the Royals future Hall of Famer came up to bat.

"You could have stopped my career right there," Howard laughs. "It was all good."

His career continued for several more years as he shuttled between Class AAA and the major leagues and played with the likes of Randy Johnson, Edgar Martinez, Tino Martinez, Alex Rodriguez and Ken Griffey Jr. A shoulder injury forced Howard to retire in 1997, leaving him with six hits in 32 big-league at-bats and a career .250 batting average in 790 minor-league games.

That baseball odyssey provides him with plenty of material for war stories to impress his young Penn College players. Howard, though, prefers to teach the game rather than recount his notable achievements and proximity to all-time greats.

"I was talking with some of the players one evening after a game, and I mentioned that coach was a pro baseball player. I was surprised at how many guys didn’t know that," said Ian C. Catherine, one of Howard’s assistant coaches. "Coach really doesn’t bring it up unless I ask him a question about his playing time or if one of the guys asks him. When he does bring it up, it is very effective without sounding braggadocious, because he uses it as a teaching tool."

Despite living in the region for the previous eight years, Howard didn’t even know Penn College had a baseball team until he saw a newspaper advertisement for the part-time coaching position in 2006. Williamsport was home because his wife at the time was from the area. The two met during Howard’s tenure with the Bills, and after he retired, they decided to settle in South Williamsport to start a family, which eventually included three kids.

The college’s part-time opening came at a critical time for Howard. He was in the midst of a divorce and identified himself more as a car salesman, his job at the time, than a former pro baseball player. Howard had endured a tough transition to "civilian life," and to cope, he distanced himself from the sport to which he had devoted his life.

"I needed to take stock of my life, and I was looking for a sign. That’s when I saw the ad," he said. "Being hired as coach really helped me get back to who I was. Once I got back into baseball, I realized how much I missed it and how much a part of my life it was."

From his first day on the job, Howard set high expectations, insisting that his players respect the game and do their best on the field and in the classroom. In essence, he said, he treated the program, which competed in the Penn State University Athletic Conference, as if it were an NCAA team. Eight years later, it is. Last July, the NCAA granted the college provisional membership in Division III. The Wildcats are playing their first season this spring in the North Eastern Athletic Conference.

The number of games has increased from 33 to 40. All contests are now nine innings instead of seven. The level of consistent competition has risen. Yet Howard still has the same objectives for his team.

"I’ve told the guys, even though this is our first year in Division III, we are not looking at just going out and trying to compete and ease our way into it," he said. "We are out there to win. I want us to be one of the top four teams in the league and compete for a conference title this year."

While he’s always been impressed with the quality of the student-athletes at Penn College, Howard has more of them to strive for those goals. It’s easier for him to recruit, thanks to the Division III move.

"Recruiting is a full-time job in itself. You are selling the college, yourself and the program," he said. "Because of the NCAA, now everybody wants to talk to us. Kids want to be an NCAA athlete. Now that the objection that we weren’t an NCAA program has been removed, it’s unbelievable how much easier it is to get in the door and talk to people. Before, some wouldn’t give me the time of day.

"Also, it helps that we play at Bowman Field."

Known today as Susquehanna Bank Park, the stadium is the second-oldest operating minor-league park in the nation. And for Howard, it’s his second home, one that’s going to feature yet another game.

Before the first pitch, Howard can shut his eyes and replay those childhood home movies of him running in the outfield. He can walk behind home plate and visualize himself as the young catching prospect developing big-league skills. And he can glance in the first-base dugout at his eager team, grateful for the opportunity to be their coach.

"My parents and I always kid that it must be destiny that I’m here," Howard said.

If that’s true, destiny has smiled on Chris Howard and Penn College. ■ 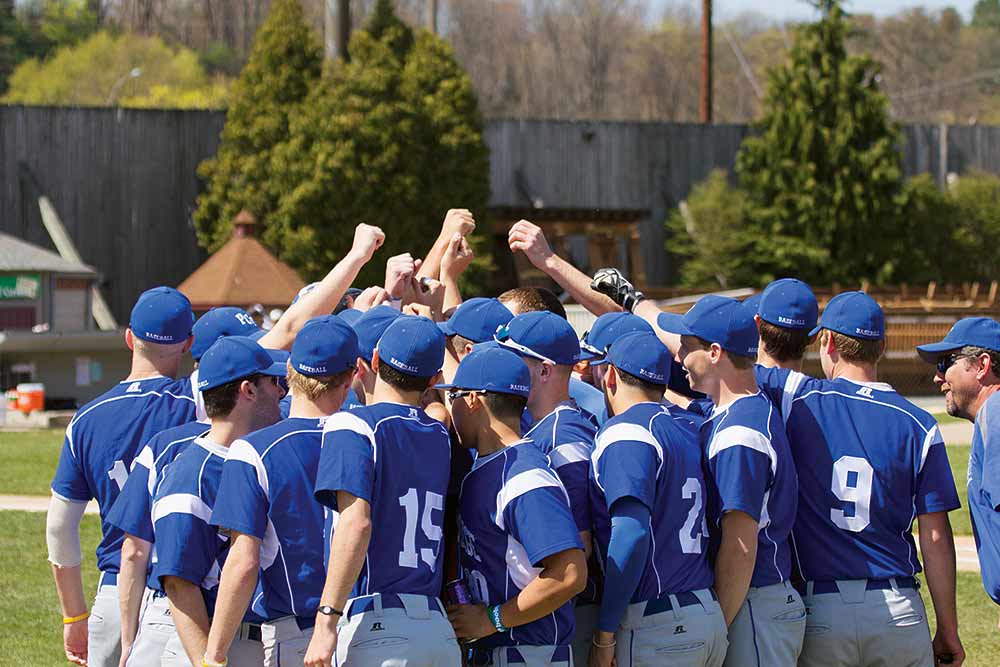