The idea arrived simply enough, even in the midst of complexity. In a residential treatment center for eating disorders in late 2010, Julie Carr and a fellow patient were discussing positive life choices when Carr heard, "I wish we could just run without ED and swim without ED." The thought of exercising freely and joyfully, without the negative mindset typical of a person with an eating disorder, seemed radical – and possible. The idea was born. 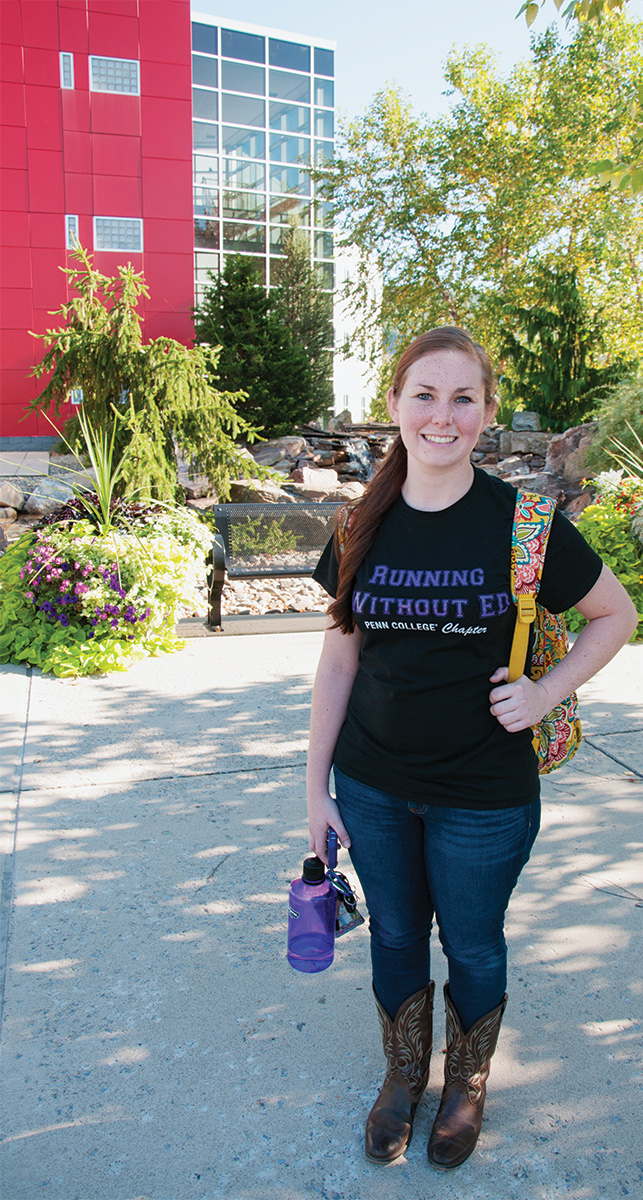 Carr launched Running Without ED (pronounced like the male name) in early 2011, but it truly gained traction in the Fall of 2013 with the start of the organization's Penn College chapter. A Penn State Altoona chapter is being explored, and Carr hopes more chapters will follow.

In addition to a positive approach to fitness, Running Without ED focuses on promoting healthy body images and raising awareness of eating disorders. The group meets weekly to share an inspiring workout that's not just running: Walking, yoga and self-defense exercises have also joined the mix. Eventually, Carr hopes to raise funds for scholarships for eating disorder treatment.

Now "seven semesters eating disorder-free," Carr's struggles began in adolescence. A high-achiever academically and athletically, commitments and stressors accumulated. She graduated from high school in Doylestown in 2010, and as she prepared to enter college, she reached a tipping point.

"I chose to go to treatment against everything my eating disorder was telling me," Carr said. "I had already bought everything for college and was ready to leave for my freshman year, but I knew in the back of my mind that I wasn't ready and that I couldn't survive college with an eating disorder. I chose treatment over school. It was the hardest decision I've ever made, but the most rewarding."

Some of her treatment costs were covered by insurance, but many were not. She received a scholarship from her treatment center's foundation to help. Knowing the financial struggles families go through while trying to attain treatment, she decided to make scholarships an ultimate goal of Running Without ED.

Carr envisions the Penn College chapter continuing after her graduation and plans to return to her alma mater for events like the chapter's "After Dark Run and Yoga," held for the first time during Homecoming 2014. Carr says the event raised awareness and a sense of camaraderie among her group's members, the event's co-sponsors – Sigma Nu fraternity – and other student and employee supporters.

"There was a lot of great energy there that night, and we received support from different types of people from across campus," Carr said.

The power of positive energy, stirred by a simple focus, is something Carr first experienced with Operation Beautiful, an outreach dedicated to ending negative self-talk via the posting of anonymous, inspirational notes in public places.

"I remember finding my first note in the King of Prussia Mall. I was about 17," Carr said. "The note said, 'You are beautiful.'"

That encouragement stuck with Carr and certainly played a part in her desire to uplift others through simple acts.

"Running Without ED is about doing what you love without your negative thoughts stopping you."

For two years now, Carr has served as a social media intern for Operation Beautiful and has witnessed the power of social media in enabling organizations to gain a following. Running Without ED is in its early stages of that influence; its social media moderator, assisting with Twitter and Facebook posts, resides in England.

When Carr begins her nursing career, she plans to keep her professional work separate from her personal experiences and outreach; however, she realizes all are likely to merge in the future.

"I feel I suffered for a reason," she said, "and I'm meant to help others with the same struggles." ■ 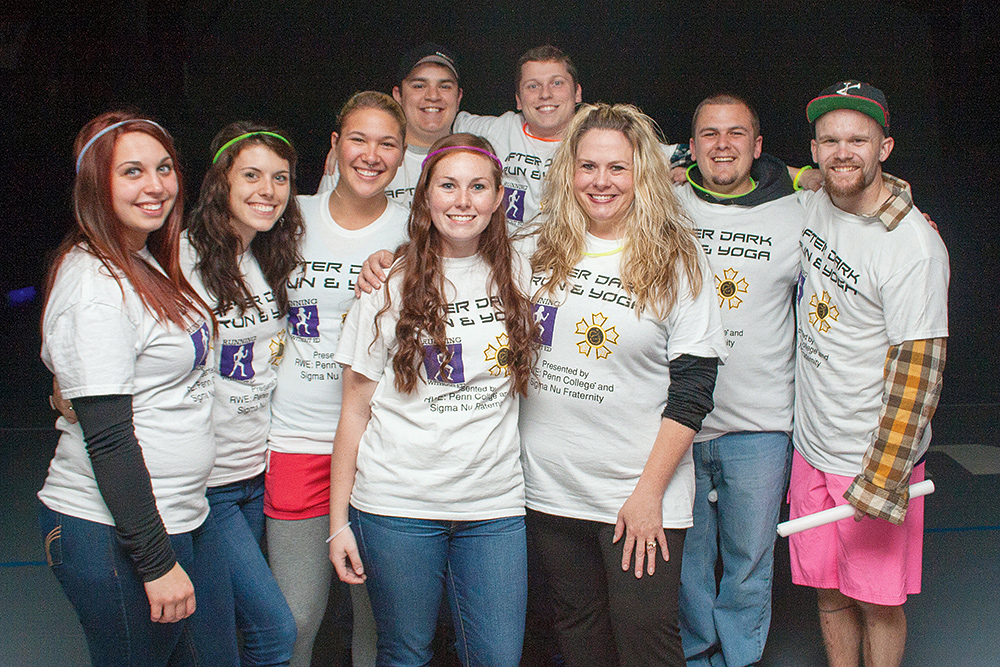