Personal expression is among this year’s Penn College wardrobe “must-haves.”

Kitchen Characters: Self-described former “mountain men,” Bradley M. Moriarty, left, and Alexander R. Campolongo said they opted for their amazing mustaches for the fun and flair of it. Plus, they are deemed appropriate by food-service industry regulations for facial hair. “Ah, dude, that’s a great mustache!” is the phrase Moriarty says he hears most. Moriarty is a senior in culinary arts and systems, and Campolongo earned his culinary arts and systems degree in May.

Inspired by fond “I-remember-those-styles” reactions to a vintage photo of a Klump Academic Center typing class (at right), One College Avenue canvased campus to see what fashion trends students are sporting now. Today’s styles appear to be varied and individualistic, with few “must-haves” and many forms of personal expression.

Penn College and Penn State attire are among the most common sights on campus, but during the college’s Centennial year, many students were spotted wearing WACC and WTI clothing (to commemorate its predecessors, Williamsport Area Community College and Williamsport Technical Institute). The WACC clothing was especially coveted, and many students opted to wear it even though they had no special connection to the institution – the gold and burgundy colors and vintage look were enough of an appeal. Nostalgia never goes out of style! 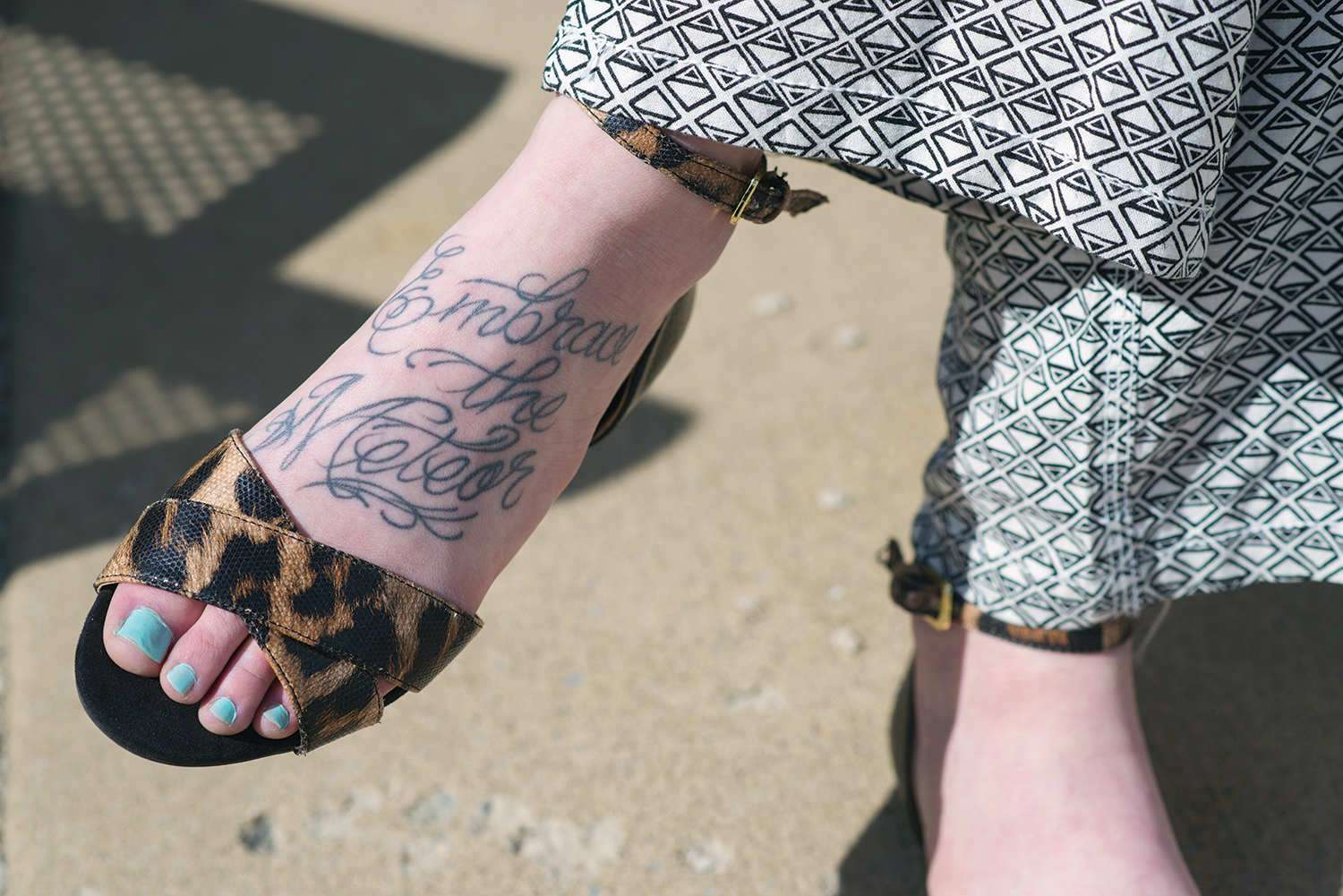 Life in Ink: “Embrace the Meteor,” the phrase tattooed on her foot, is a line from one of Dalaney T. Vartenisian’s favorite spoken-word songs and a reminder to “embrace life.” The sophomore in Web and interactive media also has a botany-themed arm tattoo that is a work-in-progress. “I love plants and the representation of growth,” she said. 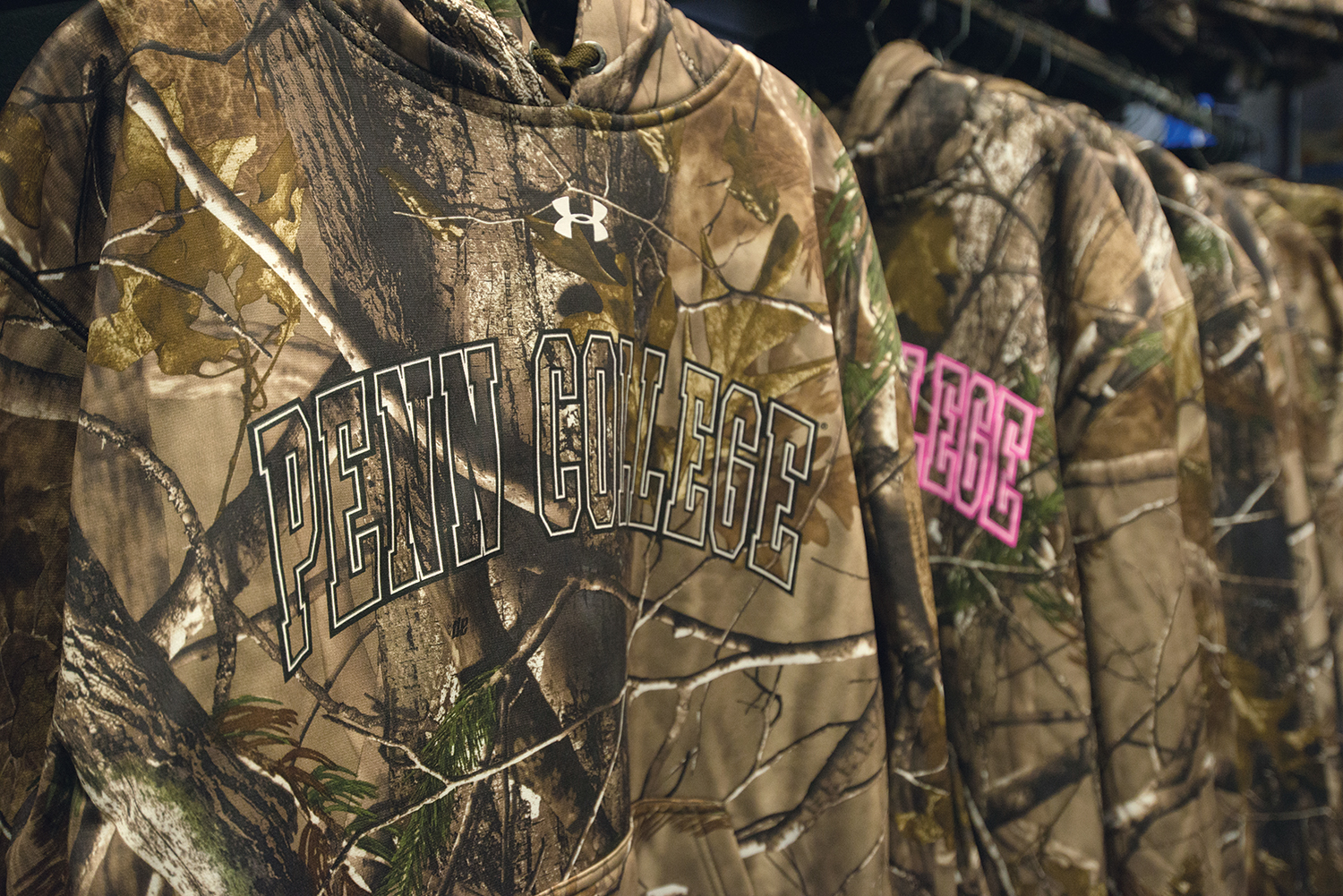 Camo College: The biggest seller in The College Store for more than five years has been the camouflage Penn College sweatshirt. One year ago, the retail facility in the Bush Campus Center added a camouflage sweatshirt with pink lettering to its outdoorsy apparel line. 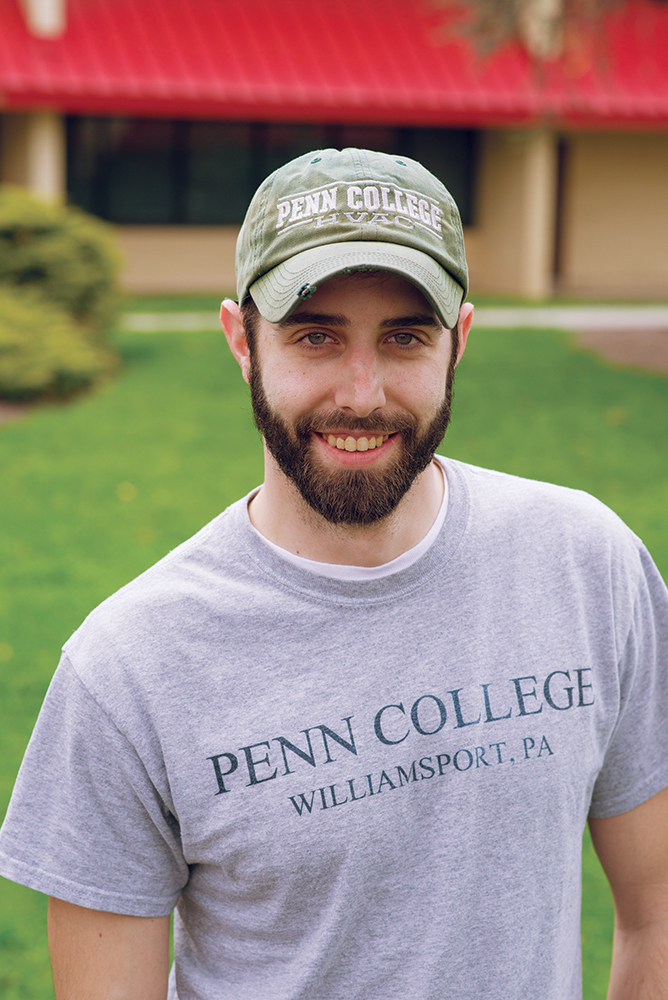 Hot hat: The College Store started selling “majors hats” last year, and the hottest seller was the HVAC cap, which sold out in Spring 2015. (The store plans to stock back up for the fall semester.) Gregory D. Dodge, a sophomore in heating, ventilation and air conditioning technology, bought his dad one of the hats for Christmas. (The elder Dodge has his own HVAC business.) “He loves it. He wears it every day,” said the younger Dodge. He added, “He’s ‘old school,’ and I figured I’d pick up on the ‘new school,’ and teach him some things when I graduate.” 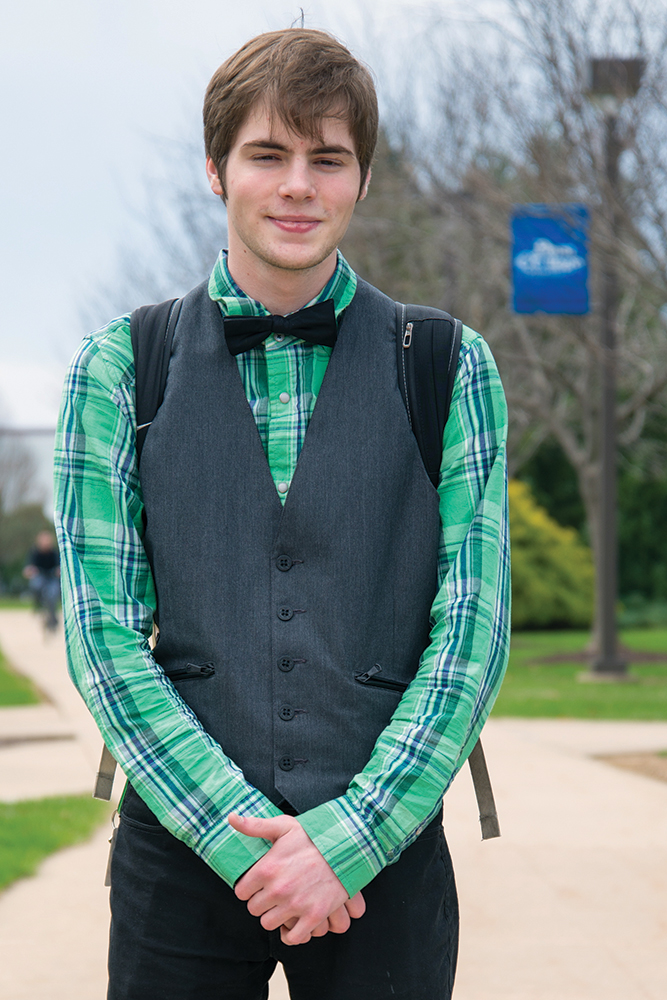 Magic Man: “It’s fun,” says Jonathan D. Straub of his bow tie. “Not a lot of people like to wear them as much anymore.” No stranger to showmanship, this graphic design sophomore is also a magician-in-training. His favorite card trick to perform is “673 King Street,” a caper relying on a knack for storytelling. “Magic is 95 percent presentation and only 5 percent tricks,” Straub said. 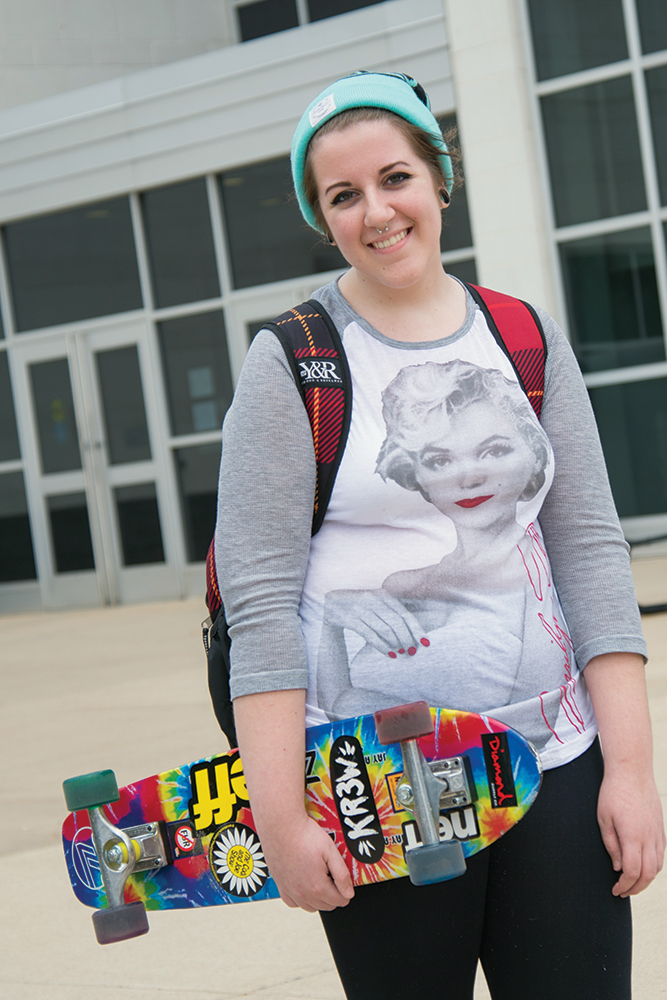 Pastel & Metal: We found Krista A. Swinehart decked out in a colorful and eclectic mix: pastel pink sneakers, a mint-colored hat, a Marilyn Monroe-inspired shirt, gauge earrings and a nose ring. The baking and pastry arts sophomore, skateboarder and vegetarian says her favorite Penn College experiences thus far have been “meeting celebrity chefs!” 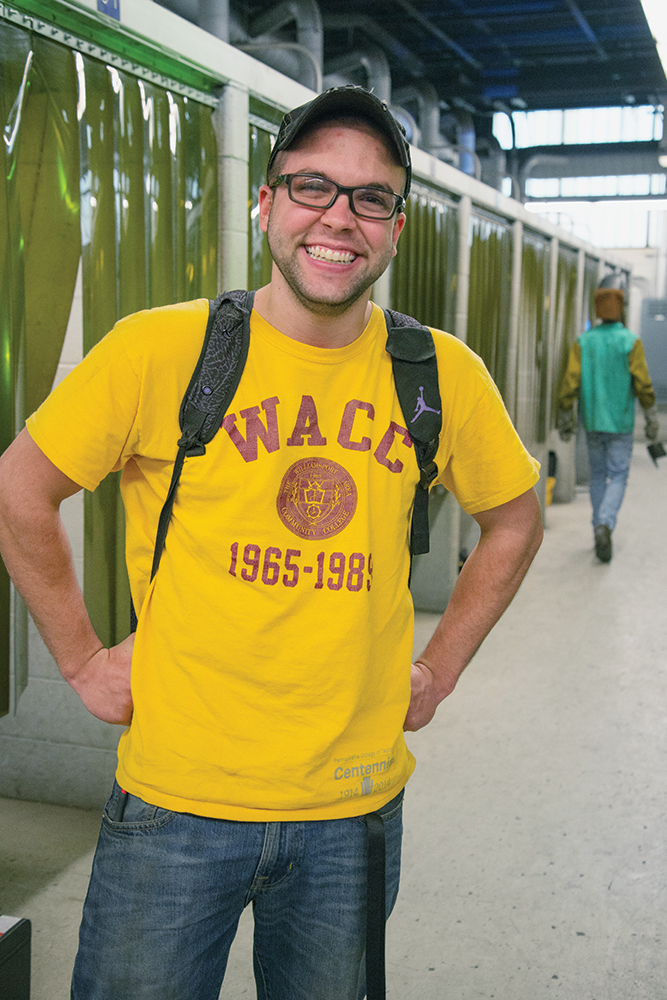 Paying Tribute: “I bought this shirt because of my grandfather,” said Grady A. Neidrich, a senior in welding and fabrication engineering technology. Neidrich’s grandfather John “Butch” Knoffsinger was an electrical graduate from Penn College’s immediate predecessor, Williamsport Area Community College. He worked as a journeyman electrician for 35 years before his death in 2005. “I spent a lot of time with him as I grew up,” Neidrich said. “My favorite memory was going fishing with him.”