Remember that you have a right to report the incident officially. The College encourages students and employees to report these crimes, but the decision is up to the person who has been sexually assaulted.

Reporting to Penn College Police (570-321-5555) or local law enforcement (911) can begin a criminal investigation. However, making a report doesn't mean that you must press charges.

Reporting to the Title IX Coordinator or Deputy Coordinator will begin an investigation to determine if there was a violation of the College sexual misconduct policy. They investigate student allegations of sexual assault, as well as other forms of sexual misconduct (sexual harassment, intimate partner violence, and stalking) involving other students, staff, or faculty.

There are three federal laws that establish responsibilities for employees of colleges to report certain types of crimes and incidents, especially sexual misconduct- the Clery Act, Title VII, and Title IX. Additionally, state law creates a reporting duty regarding the abuse of minors. Each of these areas of federal law has a different purpose, but generally the laws are intended to protect members of the campus community, visitors and guest from criminal and discriminatory behavior. The responsibilities established by these laws gives rise to the term “mandatory reporter.”

Title IX imposes on certain “mandatory reporters” a duty to report incidents of sexual assault about which they become aware, and whose awareness of an incident in turn puts the College “on notice” and triggers its obligation to respond. “Mandatory reporters” includes any employee with the authority to take action to redress sexual violence, who has been given the responsibility to report incidents of sexual violence or any other misconduct to the Title IX coordinator or other appropriate school officials, or whom a student reasonably believes has this authority or duty.

Certain campus officials, “Campus Security Authorities, or CSA's” have a duty to report sexual assault, domestic violence, dating violence, and stalking for federal statistical reporting purposes. Reporting to a CSA will result in anonymous data collection that will be included in the publication of the Annual Security Report, if the incident meets the geographic and other criteria established by the government under the federal Clery Act.  All personally identifiable information is kept confidential, but statistical information must be passed along to the Penn College Police regarding the type of incident and its general location (on or off-campus, in the surrounding area, but no addresses are given). This reporting protects the identity of the victim and may be done anonymously. This extra step is not needed if an incident has been reported to Penn College Police or the Title IX Coordinator or Deputy Coordinator.

When reporting misconduct covered under Title IX (e.g., sexual harassment, sex or gender discrimination, sexual assault, intimate partner violence, stalking, sexual orientation discrimination, gender identity discrimination, etc.), College employees must provide full details of the incident if known, including names and personally identifying information. If a victim wishes for no action to be taken, the Title IX Coordinator must evaluate that request. The College is always guided by the goal of empowering the victim and allowing the victim to retain as much control over the process as possible. Typically, the College is compelled to act despite a survivor's wishes when an incident evidences use of weapons, violence, threat, pattern, or predation. Otherwise, a request for confidentiality or no action may be honored, with remedies offered to the survivor as appropriate.

Employees should not promise confidentiality unless their professional role is confidential, and they have received the report in that confidential capacity. If approached, it is appropriate to counsel, “I may be obligated to share what you tell me with administrative officials. If you would like, I can connect you with campus resources who can maintain the confidentiality or privacy of what you share with them.” Where an incident involves off-campus conduct involving a member or members of the campus community, the reporting expectations still apply.

Privacy concerns are often at the forefront when someone has experienced sexual misconduct.  It is useful to know the degree of confidentiality that individuals can expect from each of the College resources. College officials are trained in the importance of confidentiality and the protocols for maintaining that confidentiality.

Counselors and health services providers are considered exempt from mandatory reporting, unless a survivor asks them to report or a duty to report exists under state law based on an imminently harmful situation. Confidential employees will submit timely anonymous statistical information for Clery Act purposes unless the confidential employee determines on a case-by-case basis that reporting would not be in the best interest of their client/patient.

Anonymous reports can be made by survivors and/or third parties using Silent Witness. Note that these anonymous reports may prompt a need for the College to investigate.

If a student submits a complaint involving a staff or faculty member, Kathy and Heather will conduct a joint investigation.

No person shall make an allegation that they know to be untrue or knowingly provide false information during the course of an investigation. Making a false complaint or giving false information is a violation of College policy and may be a basis for discipline, including expulsion.

The College reserves sole discretion and the right to take whatever measures it deems necessary in response to an allegation of sexual misconduct in order to protect students' rights and personal safety and the College community.
During the preliminary investigation and procedural process and prior to a determination whether the alleged violation has occurred, the Title IX Coordinator or other authorized administrators may provide interim remedies including, but not limited to, one or more of the following:

Remedies Available at Conclusion of Investigation

Once the investigation is concluded, the Title IX Coordinator or other authorized administrators may immediately provide the reporting party with appropriate remedies including, but not limited to, one or more of the following:

Rights of the reporting party when the responding party is a student or student organization:

In cases indicating pattern, predation, threat, weapons, and/or violence, the College will likely be unable to honor a request for confidentiality. In cases where the reporting party requests confidentiality and the circumstances allow the College to honor that request, the College will offer interim supports and remedies to the reporting party and the community, but will not otherwise pursue a formal action. A reporting party has the right, and can expect, to have reports taken seriously by the College when formally reported, and to have those incidents investigated and properly resolved through these procedures.
Formal reporting still affords privacy to the reporting party, and only a small group of officials who need to know will be told, including but not limited to Student Affairs, Penn College Police, and Human Resources. Information will be shared as necessary with investigators, witnesses, and the responding party. The circle of people with this knowledge will be kept as tight as possible to preserve a reporting party's rights and privacy.

In cases involving student allegations referred by administrative action, the College will use an investigative model. This model allows much of the investigation to be completed prior to the final hearing. Trained staff investigators will interview the reporting party, responding party, and any witnesses, and allow for one or more responses from each. Investigators will prepare a summary report with a finding of whether the College's sexual misconduct policy was violated.

If the reporting party would like to proceed with an internal Student Conduct hearing through the College's Student Code of Conduct, the investigators can serve as witnesses and their investigation report can be read into the hearing. The reporting party and responding party may make opening and closing statements primarily to address issues raised in the report.

Penn College considers the greater weight of the credible information as its standard in student conduct cases. Often referred to as the “preponderance of the evidence,” this standard asks decision-makers to consider whether it is more likely than not that a violation occurred.

The past sexual history or sexual character of a party will not be considered in hearings unless such information is determined to be highly relevant by the hearing officer. All such information sought to be admitted by a party or the College will be presumed irrelevant until a determination of relevance is made by the hearing officer and in consultation with the conduct board. Demonstration of pattern, repeated, and/or predatory behavior by the responding student, including in the form of previous findings in any legal or campus proceeding, may be relevant to the finding, not just the sanction.

Not all forms of sexual misconduct are equally serious offenses, and the College reserves the right to impose different sanctions, ranging from verbal warning to expulsion, depending on the severity of the offense. The College will consider the concerns and rights of both the reporting party and the responding party.

The reporting party and responding party may see the decision letters.

All parties in a sexual misconduct hearing have the opportunity to appeal within a specific time limit. Students found responsible may appeal without concern that they will receive a harsher finding or sanction. Reporting parties may appeal the decision and the sanction. See Student Conduct procedures for further details.

The College will not tolerate retaliation in any form against faculty, staff, or student who files an allegation, serves as a witness, or participates in an investigation of sexual misconduct.  College policy and state and federal law prohibit retaliation against an individual for reporting discrimination, sexual violence, or harassment, or for participating in an investigation. Retaliation is a serious violation that can subject the offender to sanctions independent of the merits of the allegation.  Allegations of or questions about retaliation should be directed to the Office of Human Resources, Student Conduct, or the Title IX Coordinator. 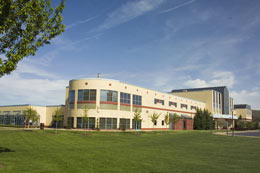